Szijjártó: Hungarian Trade House in US a Possibility 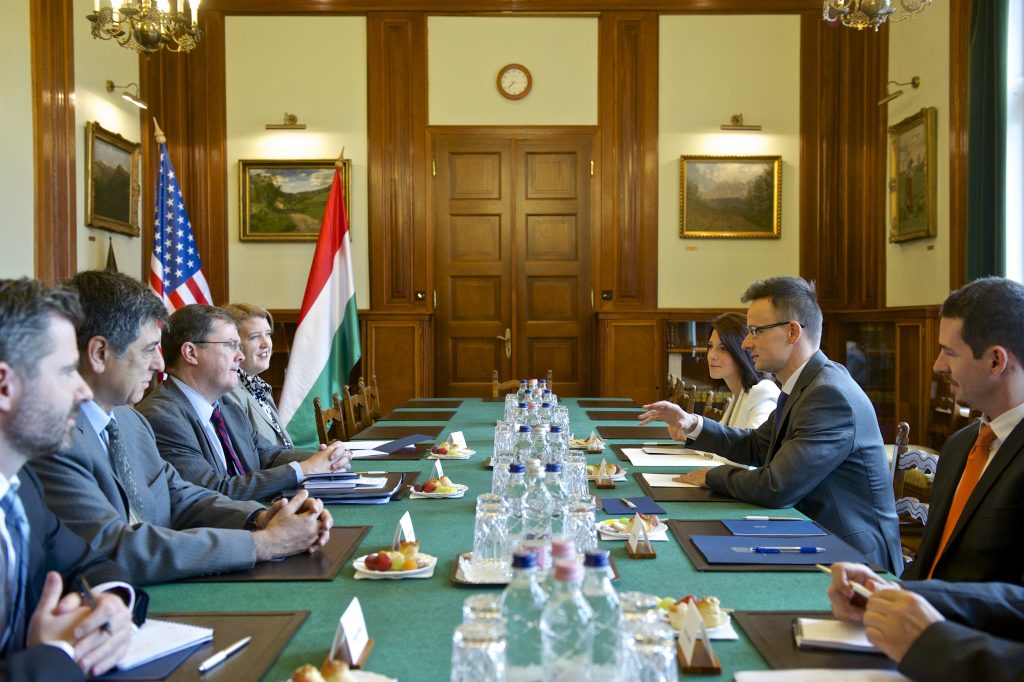 Hungary is looking into the possibility of opening a trade house in the United States, Deputy Foreign Minister Péter Szijjártó said in an interview on commercial Gazdasági Rádió (Economic Radio). According to Szijjártó, Hungary already has 12 trade houses as the foreign trade chief expressed the will of doubling this number.

Judit Fülöp, press chief at the ministry comfirmed that they are preparing new strategic agreements, new trade houses would be opened and the system of incentives available to foreign companies would be simplified. Hungary is also a fierce supporter of developing even closer trade ties between the European Union and the United States, although the issue of GMOs (genetically modified organism) is still something that is considered off the table as the country’s constitution is clearly forbids it. Szijjártó also added, that no transatlantic agreement should be made that hinders Hungary’s export expansion plans or US capital investment in Hungary.

On Wednesday Péter Szijjártó also met with Thomas O. Melia, Deputy Assistant Secretary at the US State Department, for talks in Budapest, the Hungarian foreign ministry told MTI in a statement. According to the statement the main discussion points were the situation in Ukraine and the issue regarding the Norwegian Grants.