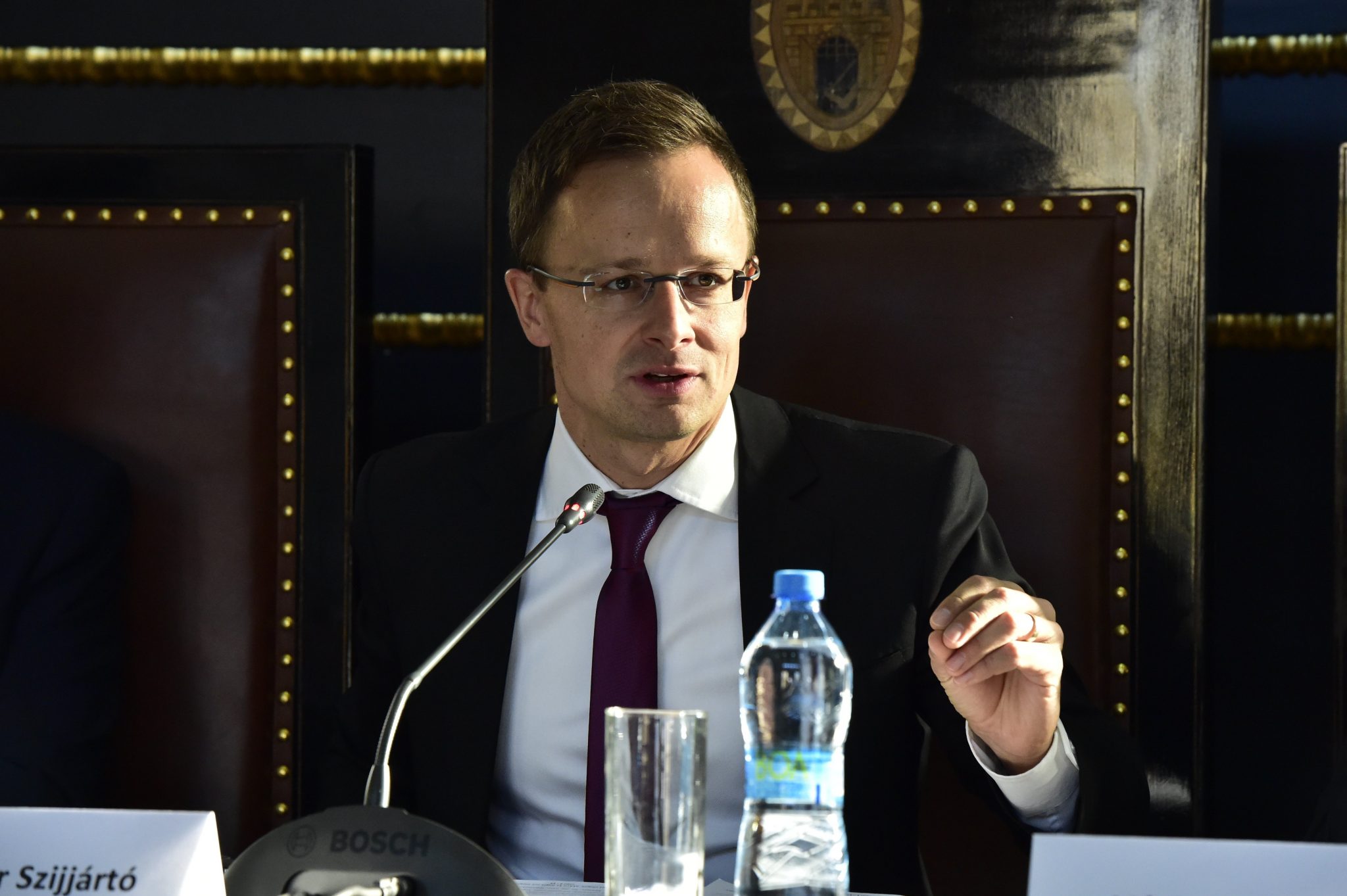 Péter Szijjártó held a press conference at the National University of Public Service and confirmed that Hungarian diplomats accompanied Ex-Macedonian Prime Minister Nikola Gruevski on his journey through the Balkan countries.

“No crime has been committed. Everything happened in compliance with international rules. The Hungarian state hasn’t participated in any kind of rescue mission.” Szijjártó insisted that Gruevski handed over his travel documents which were then thoroughly checked by authorities every step of the way.

The Minister also stated that he didn’t have any prior knowledge of the case or engage in or know of any previous informal consultations with Gruevski.

Szijjártó claimed he was unaware of whether Gruevski’s exit from Macedonia had been the result of a domestic political backroom deal. “Dialogue with Macedonia is ongoing,” he said, adding he and Hungary’s interior minister were in contact with Minister of Foreign Affairs Nikola Dimitrov. Szijjártó revealed he plans to speak with his Macedonian counterpart again in early December at a meeting of NATO Ministers of Foreign Affairs.

Macedonia prepared a request for the extradition of former Prime Minister Nikola Gruevski and submitted it to Hungary Tuesday evening, Macedonian Justice Minister Renata Deskoska told the media. The announcement follows reports of Gruevski being granted political asylum in Hungary.

However, according to an opposite MP, it is unclear how the legal procedure happened. On Tuesday, Jobbik MP Ádám Mirkóczki reported that the officials of the Immigration and Asylum Office informed the National Security Committee of the Parliament and Hungarian MPs that the asylum process would be lengthy. Yet only an hour later, pro-government Magyar Idők reported that Gruevski had been granted political asylum. The government verified the information.

The interior ministry rejected the MP’s accusations that it and the immigration office had broken the law by misleading committee members. The ministry noted that authorities are prohibited from sharing information on the status of asylum procedures