Szijjártó: Foreign IS Fighters Must Be Punished 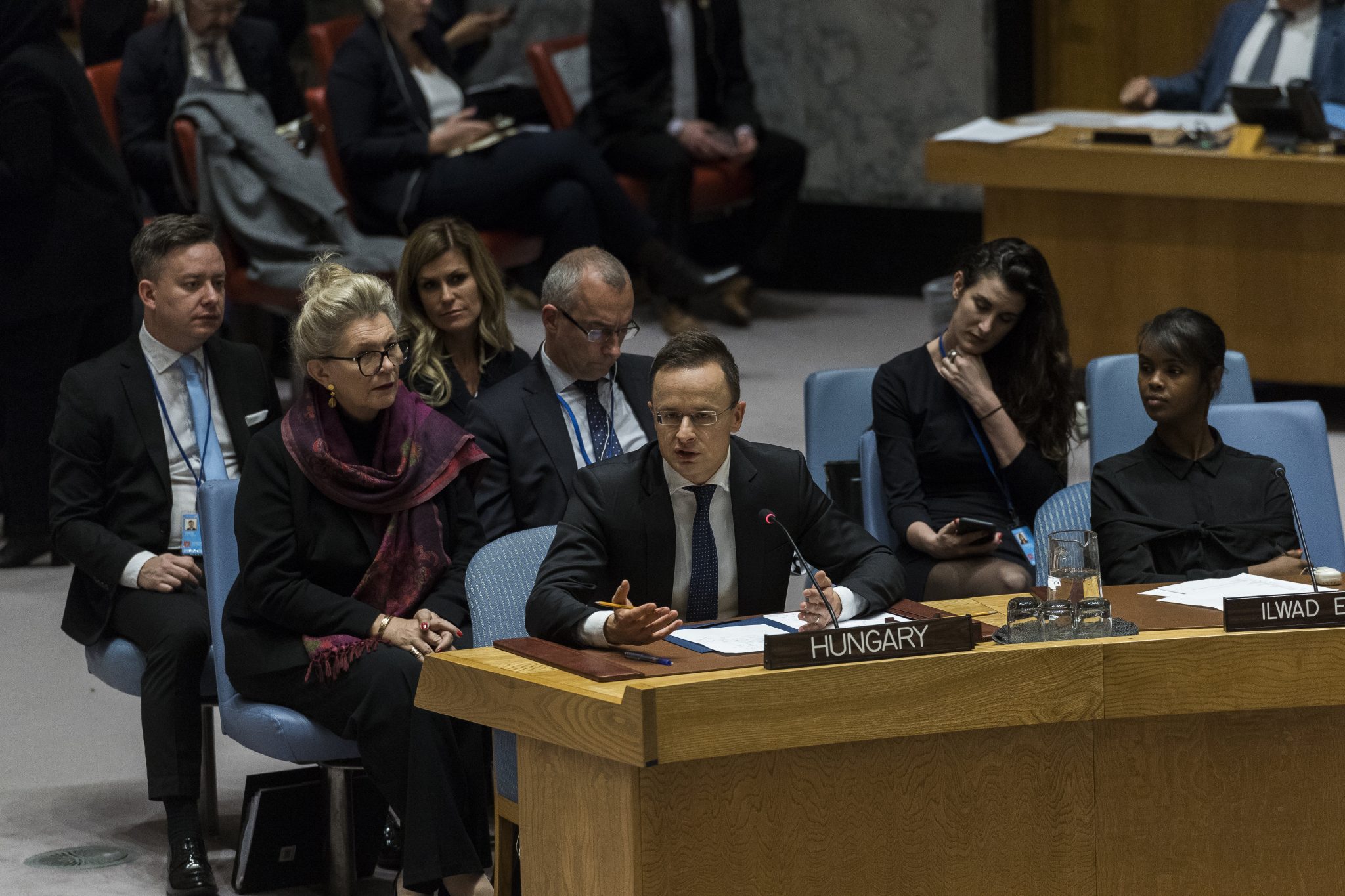 Instead of talking about taking back foreign fighters who joined the Islamic State militant group, the discussion within the international community should be about punishing them, Foreign Minister Péter Szijjártó said on Tuesday.

The defeat of the Islamic State brings with it new security challenges for the world and specifically Europe, Szijjártó told MTI, summarising his address to a debate of the United Nations Security Council in New York. These challenges, he said, were rooted in the fact that tens of thousands of so-called foreign fighters had joined IS in recent years. “Unfortunately more than 5,000 of them are European Union citizens,” the minister added.

Szijjártó argued that the Islamic State’s foreign fighters had chosen to join a terrorist group and were responsible for murders and spreading extremist ideologies. “We shouldn’t be talking about accepting these people back,” he insisted.

The minister said IS was now attempting to infiltrate its militants into Europe “which is a very serious security threat to us”.

“With the rising migration pressure from the Western Balkan region we must be ready for any foreign fighters who had earlier joined the terrorist group attempting to return to Europe with who knows what kind of intentions,” Szijjártó added.

In order to prevent this, Europe must bolster the protection of its external borders, the minister said. Hungary will continue to protect its southern border so as to prevent the return of IS’s foreign fighters to the continent, he added.