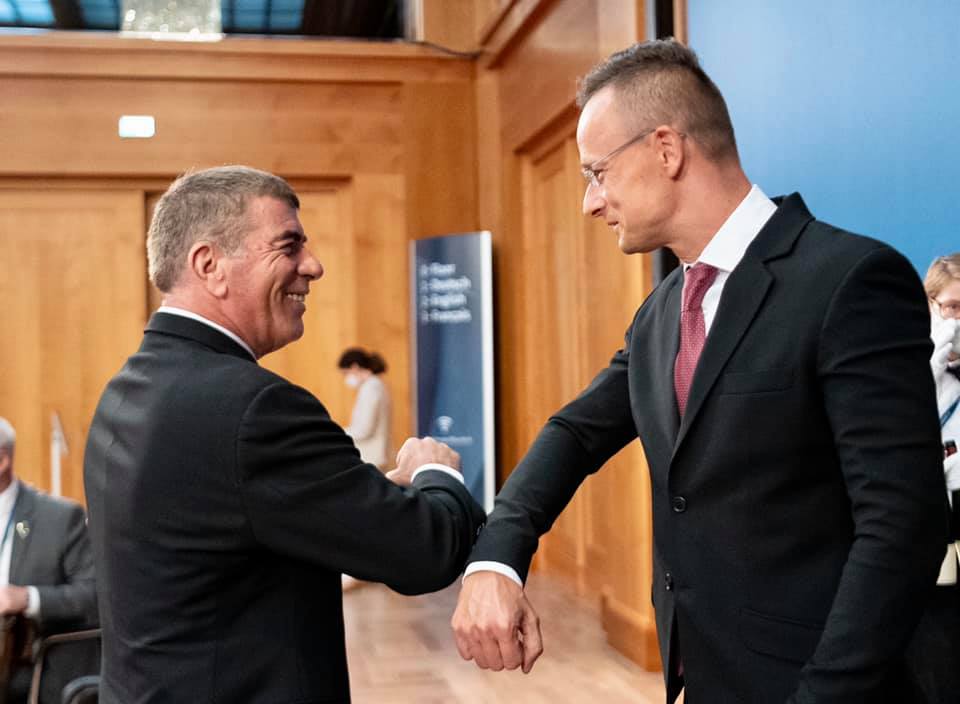 The European Union should stop pursuing its “unilateral anti-Israel policy” and put emphasis on partnership, the Hungarian foreign minister said in Berlin on Thursday at an informal meeting of EU foreign ministers attended by Gabi Ashkenazi, Israel’s foreign minister.

Speaking to public media on the sidelines of the meeting, Péter Szijjártó insisted the EU had three tasks with regard to Israel.

It should seek partnership and scrap its policy of perpetual condemnation and criticism of the country, he said.

Also, it should urgently convene the EU-Israel Association Council which last met eight years ago, he said.

Most importantly, the EU should immediately stop providing financial support to NGO-s that threaten Israel’s internal security, the minister said.

Szijjártó said another key topic of the two-day meeting was EU relations with Turkey. He said there were “big problems” in this regard.

Every country involved in the conflict over the extraction of natural gas fields in the eastern regions of the Mediterranean is an ally of Hungary, he said.

“Greece and Cyprus, our allies in the EU, and Greece our ally in NATO, are on one side, as opposed to Turkey, another NATO member, on the other,” Szijjártó said.

“Knowing the importance of national sovereignty and territorial unity, Hungary proposes that the EU adopt a very careful approach when considering measures against Turkey,” Szijjártó said, arguing that “Europe’s security today, from the point of view of migration, is in the hands of that country and its president.”

“Should Turkey decide to let the few million migrants staying in the country leave, they would arrive at Hungary’s southern borders in no time,” he said.

The EU, he added, had done “nothing, or very little, to protect itself against migration”.

Szijjártó said Hungary urges “dialogue instead of sanctions” when it comes to the EU’s approach to Turkey, insisting that another “wave of migrants” would pose an “unmanageable health risk” to the continent in the midst of the coronavirus pandemic.