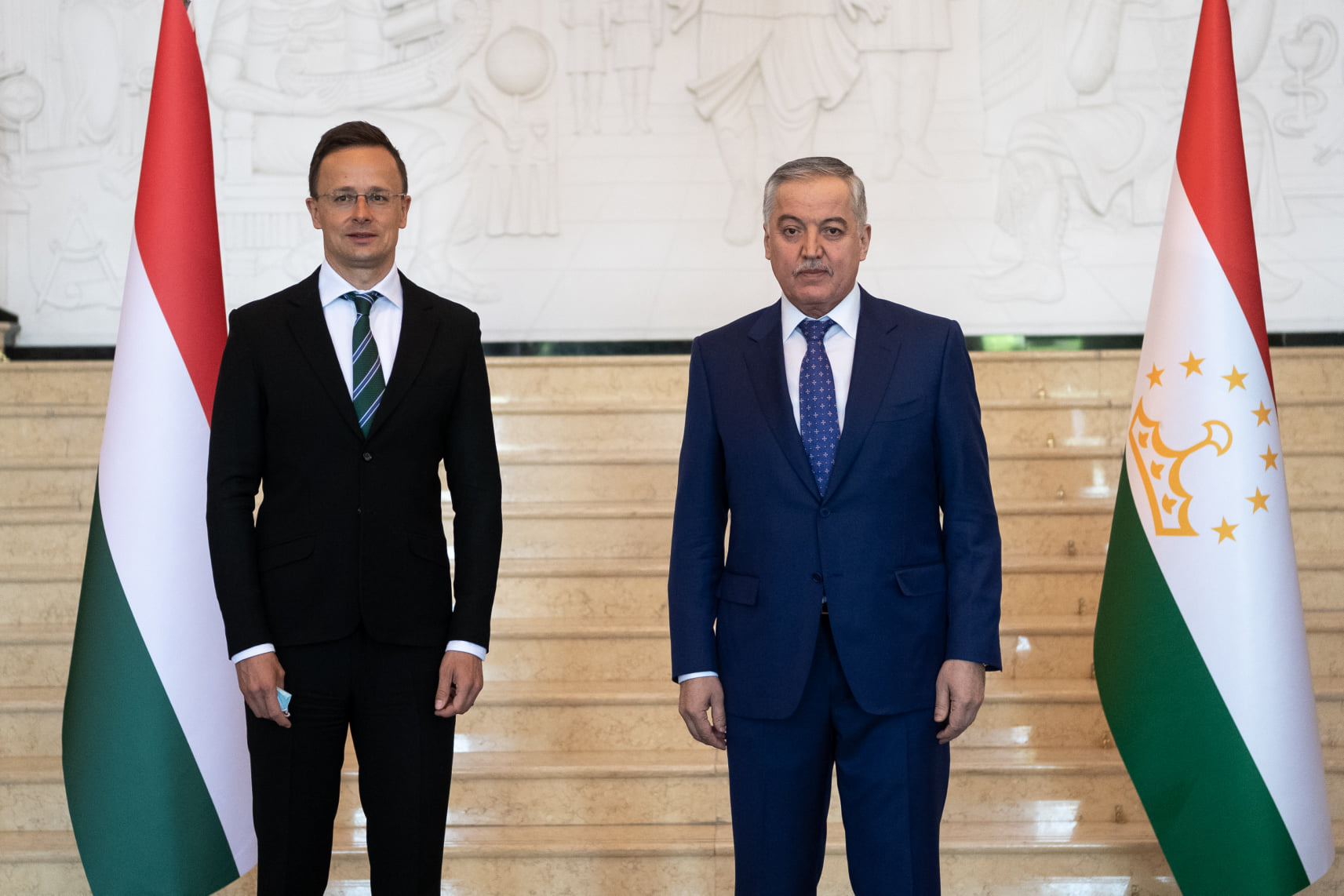 This is triple the funding of an earlier programme, Szijjártó said after talks with Tajik counterpart Sirodjidin Muhriddin. “We have have made sure that the EU is launching a new programme with three times the funding of earlier schemes,” he said, adding that Tajikistan was among “the most important allies of the anti-terrorism community”, especially in warding off security risks from Afghanistan.

“Tajikistan‘s border [with Afghanistan] is 1,344km long, and we have persistently called for substantial funding from the European Union for border protection in Tajikistan and in other Central Asian countries,” the minister said. “We Hungarians do not want more migration, terror attacks or extremist ideologies in the European Union.”

“We are also lobbying the EU to renew its partnership agreement with Tajikistan and grant the country favourable economic and trade discounts,” he said.

At a time when nearly the entire world is fighting the coronavirus pandemic, Tajikistan is one of the few fortunate countries, with the last infection registered in January, Szijjártó said. However, problems in health care and the economy should not obscure the security challenges the world has to face because of extremist ideologies, Islamist radicalism and the ensuing terrorism, he said.

Those challenges are also the root causes of illegal migration which Europe has had to face since 2015, he added.

Therefore, it is imperative that Tajikistan protect its borders, as its success has a direct effect on European security, Szijjártó said.

As part of their anti-terrorism cooperation, Hungary and Tajikistan will sign an extradition agreement later on Wednesday, Szijjártó said.

Meanwhile, Hungary continues to support Tajikistan’s endeavour for membership of the UN Security Council in 2028-2029, and will continue to train Tajik military officers in Budapest where 15 Tajik officers have already graduated, he said.

At the same time, Hungary is also committed to supporting stability in Afghanistan, and will continue to allocate 500,000 US dollars annually to funding Afghan national security forces until 2024, he added.