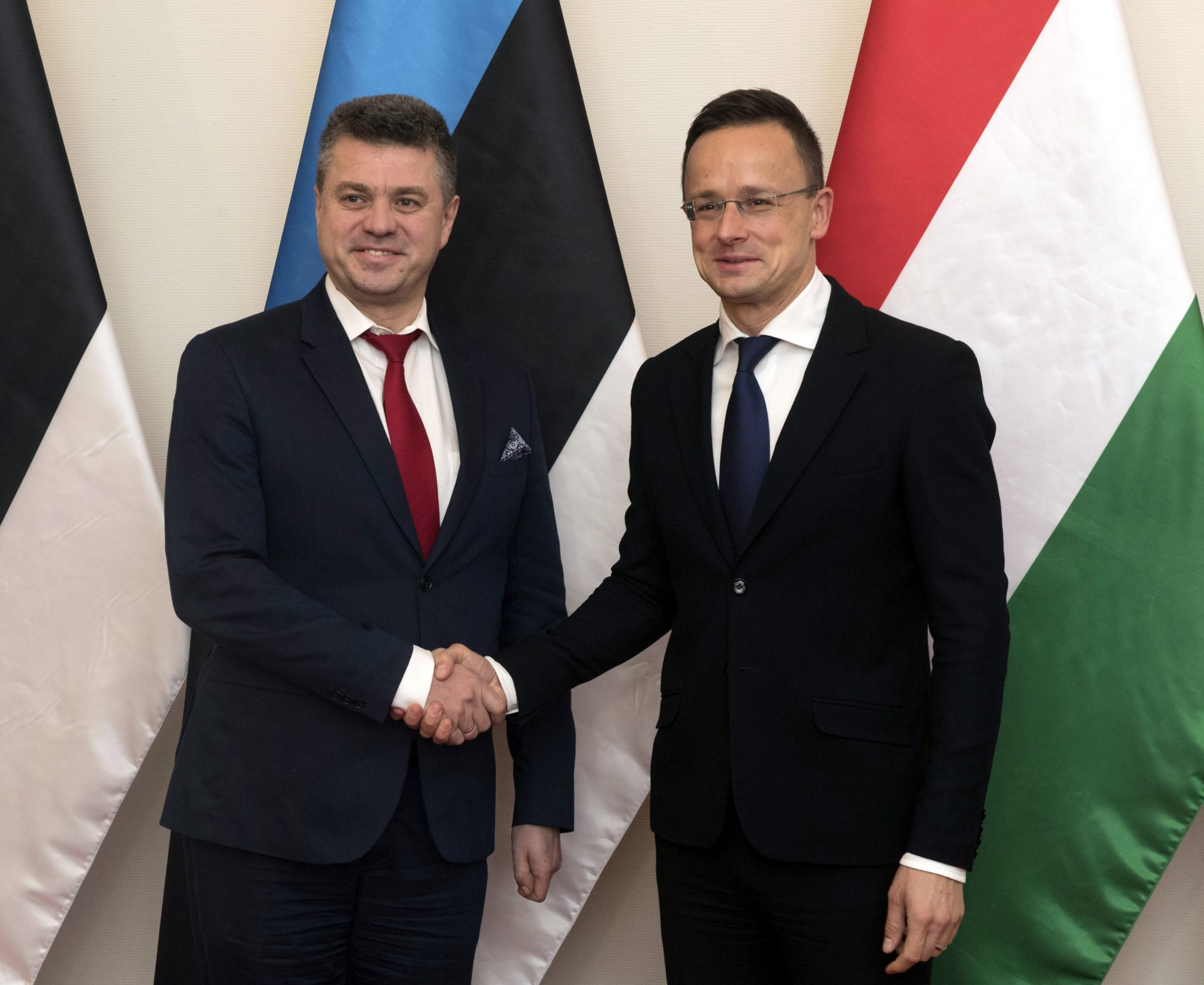 Hungary and Estonia work together for the international community to try to stop migration instead of promoting it, Foreign Minister Péter Szijjártó said in Budapest on Monday, after meeting Urmas Reinsalu, his Estonian counterpart.

Speaking at a joint press conference with Reinsalu, Szijjártó said that as a fellow member of NATO and the European Union, Estonia is an important ally of Hungary with similar stances on many dilemmas regarding the future of the world and Europe.

Hungary and Estonia both consider the UN’s global migration package a “dangerous document” and reject to see it as mandatory for their countries as migration is an issue of national sovereignty, Szijjártó said. Hungary and Estonia cooperate in stopping the package being “clandestinely implemented in parts” after it had failed to be accepted as a whole, Szijjártó said. Along with other countries, they operate an “early warning system” to alert one another if the package is referenced in documents or attempts are made to incorporate it into international law, he said.

According to the UN package, all countries are involved in migration, as a sending or a transit country or a destination, Szijjártó said, adding that there is a fourth category, composed of countries that are unwilling to get involved in migration in any form. Hungary is a country like this with inhabitants who would like to decide freely whom they wish to let in and live together with, he said.

Hungary and Estonia also agree in solving demographic challenges with support for families instead of migration, Szijjártó said.

Security policy cooperation between the countries is getting a new boost with Estonia becoming a member of the UN Security Council in 2020, he said, adding that Hungary has participated in the defence on the Baltic airspace for four months this year.

Reinsalu said there were “no open questions” in Hungarian-Estonian relations, with the two countries holding similar views on international issues. In handling migration, there is no alternative to efficient border control, he said, expressing thanks to Hungary for contributing to Estonia’s security.