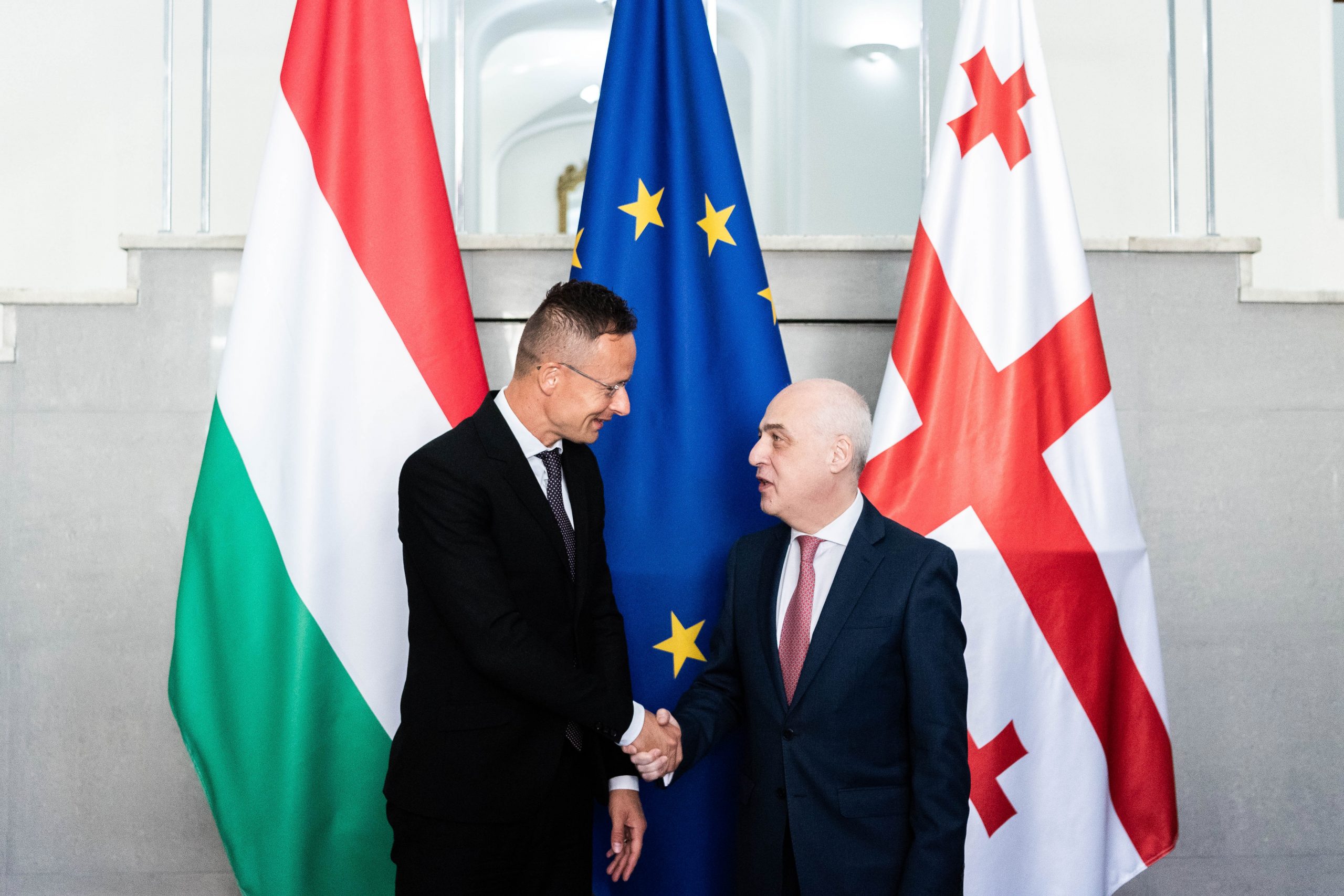 The Eastern Partnership programme is one of the European Union’s most important policies, Foreign Minister Peter Szijjártó said after talks with his Georgian counterpart in Tbilisi on Monday.

A new world order is emerging from the novel coronavirus pandemic, Szijjártó told a joint press conference with David Zalkaliani.

“The European Union will only be able to stay strong in this new setting if it can gain a lot of allies,” the minister said.

Szijjártó also assured Georgia of Hungary’s unwavering support, saying that it wants that country’s speedy and successful EU integration. Hungary has 15 officers serving in the EU’s observer mission in Georgia and a Hungarian diplomat is assisting the Georgian foreign ministry in this area, Szijjártó added.

Of the non-NATO member states, Georgia provides the largest per-capita contribution to the military alliance’s operations, the minister said, arguing that Georgia had earned an invitation to join NATO’s membership action plan.

As regards bilateral economic cooperation, Szijjártó said Hungary’s Eximbank has opened a 135 million dollar credit line with a view to boosting cooperation between Hungarian and Georgian businesses. The two countries also signed a cultural agreement and reached a deal on maintaining and expanding higher education cooperation, he said.

Szijjártó thanked the Georgian government for allowing Hungary to erect a monument to WWII prisoners of war who were held in the country. Some 6,700 Hungarian POWs were interned in Georgia and around 500 of them died, he noted.

Meanwhile, Szijjártó said Hungary and Georgia have set up a joint working group to monitor the status of the pandemic and prepare reports on when restrictions between the two countries could be eased or lifted. Cooperation between Hungary and Georgia has become stronger during the pandemic, the minister said. He also noted that Hungary helped repatriate 19 Georgian citizens and approved the export of pharmaceutical ingredients to the country.

Zalkaliani thanked Hungary for its continued support over the years.

Photo illustration by Mátyás Borsos/Ministry of Foreign Affairs and Trade