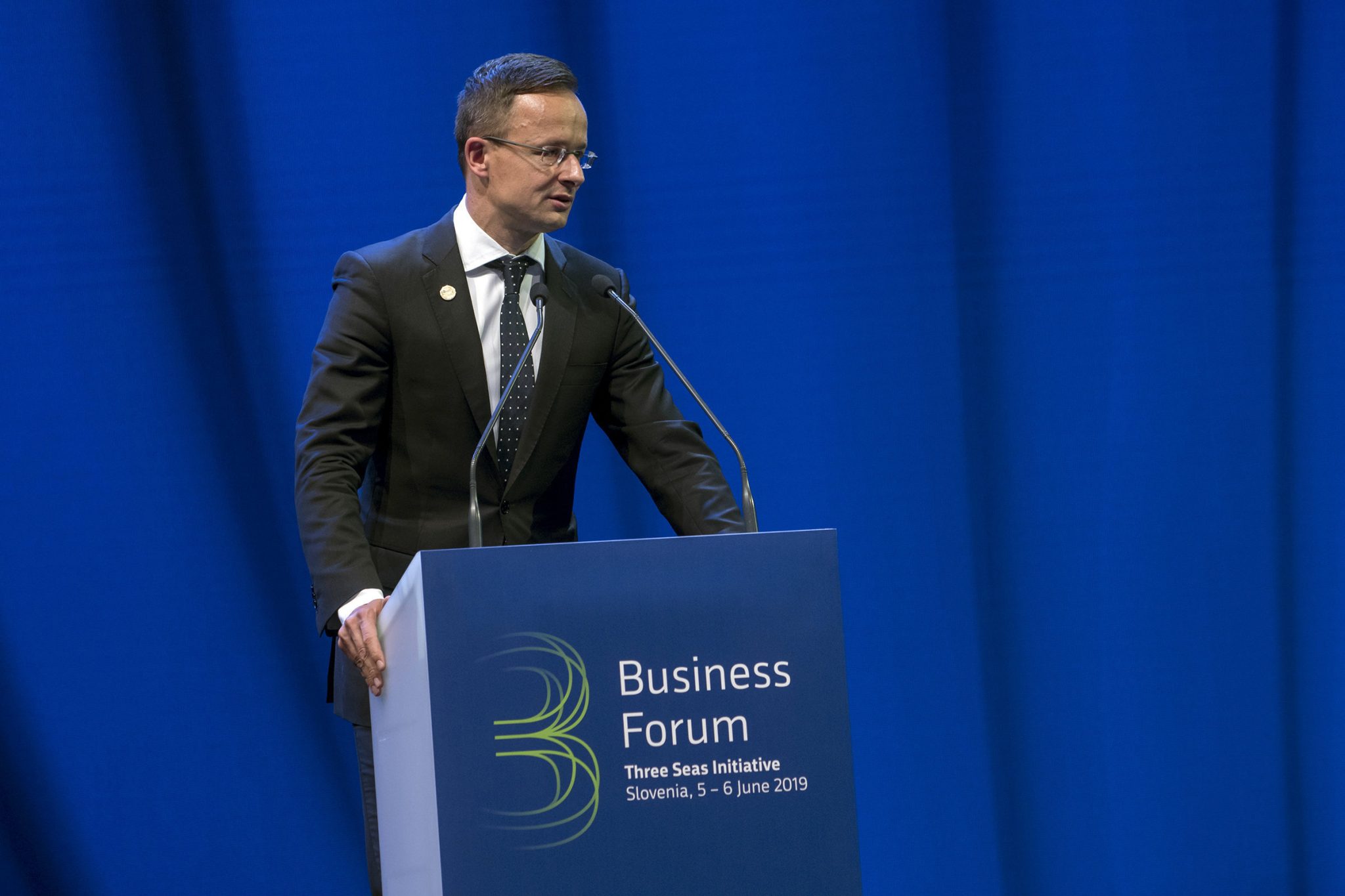 The countries of central Europe are “clearly winners” of the new world order that has taken shape with the changes seen in the global economy and on the global political change, Hungary’s foreign minister said in Ljubljana on Wednesday.

Addressing a business forum organised as part of a Three Seas Initiative summit of the heads of state of 12 countries in central and eastern Europe, Péter Szijjártó said central European countries had to make some “serious and major decisions” to get to where they are today.

The minister said central Europe was the driving force behind European growth and competitiveness.

“This obviously has to do with the fact that we made security our number one priority and that this is the region with the lowest tax rates in Europe,” Szijjártó said.

He added, at the same time, that there were certain competitive disadvantages the region had to overcome in order to remain the continent’s “engine of growth”.

Szijjártó said the region primarily had to focus on transport and energy matters.

He said central Europe’s shortage of legal border crossing points put the region at a disadvantage compared to the western part of the continent. This was why, he said, Hungary has agreed with its neighbours on increasing the number of border crossing roads and railways between them.

As regards energy security, Szijjártó said Hungary had “done its homework” to ensure that it is not dependent on Russian gas supplies, adding that it has completed the construction of interconnectors linking it with Croatia and Romania.

He said Hungary’s capability to import gas from sources other than Russia now depended solely on its allies. “But if they don’t do their homework, Hungary will be forced into long-term cooperation with the Russians when it comes to gas imports,” he added.