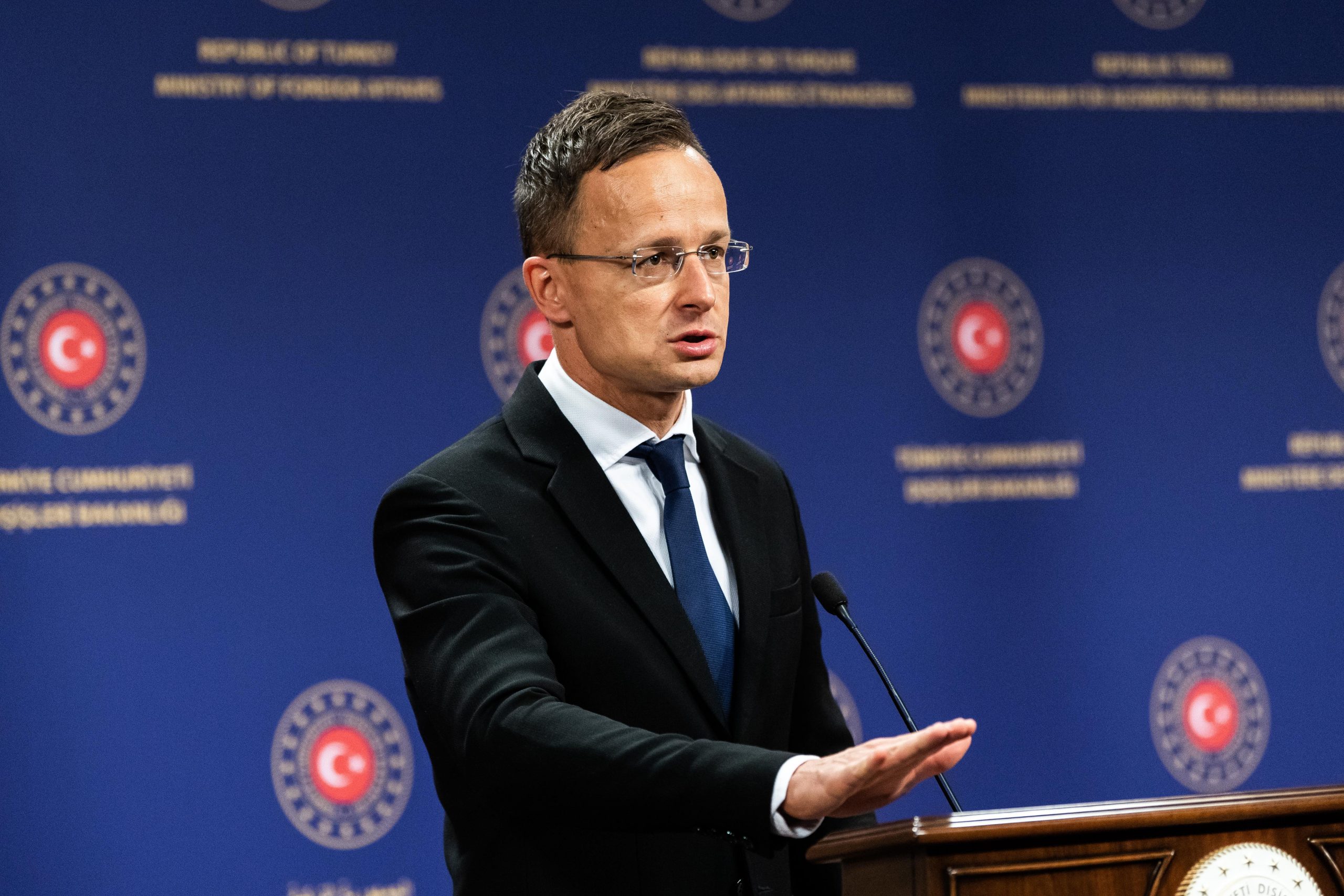 The European Union should sign a new migration deal with Ankara so that Turkey will curb the flow of migrants across its border, Foreign Minister Peter Szijjártó said after talks with Mevlut Cavusoglu, his Turkish counterpart, in Ankara on Tuesday.

Szijjártó noted that Brussels had promised 6 billion euros to Turkey to handle the refugee situation in the country, adding that there was a dispute about how much of that money it has transferred to Ankara. He called on Brussels to quickly settle the issue with Turkey and make good on its promise.

Referring to the novel coronavirus pandemic, Szijjártó said that while migration waves in the past primarily posed security and cultural risks, they now also came with serious health and economic Turkey is currently sheltering over 4 million migrants, while several hundred thousand more are staying across the Turkey-Syria border, Szijjártó said, adding that the coronavirus pandemic could easily trigger new waves of migration, therefore it was in the European Union’s “vital interest” to maintain the migration agreement.

Cooperation between Turkey and the EU is also crucial for stabilising the situation in Libya, which currently offers a “green corridor” for illegal migrants, Szijjártó said.

The future of the EU will largely depend on its relations with Turkey, Szijjártó said, and urged that those ties should be “fair, straightforward, and based on mutual respect”. “Brussels should finally leave behind hypocrisy and double-dealing,” he added. Szijjártó said that “some members should say the same things in the presence of a representative of the Turkish government as in their absence” and suggested that some members have made it clear in a closed circle that they do not support Turkey’s EU membership.

The EU should also seek closer economic cooperation with Turkey in light of the coronavirus pandemic, Szijjártó said and urged an EU-Turkey free trade agreement, which would reduce duties and red tape in trade relations.

Szijjártó said that the Hungarian government has opened a credit line of 100 million dollars with Hungarian Eximbank to assist Hungarian companies to Turkey’s markets.

Szijjártó and Cavusoglu signed an agreement on nuclear energy with special regard to education and engineering.

Cavusoglu spoke highly of Hungary’s supporting his country in the EU, and stressed that the community should be “more honest and transparent” towards Turkey.

The Turkish minister highlighted the two countries’ mutual support during the coronavirus outbreak and said that “a friend in need is a friend in deed”, in Hungarian.

Cavusoglu announced that Turkish Airlines will relaunch its Budapest flights on July 15.