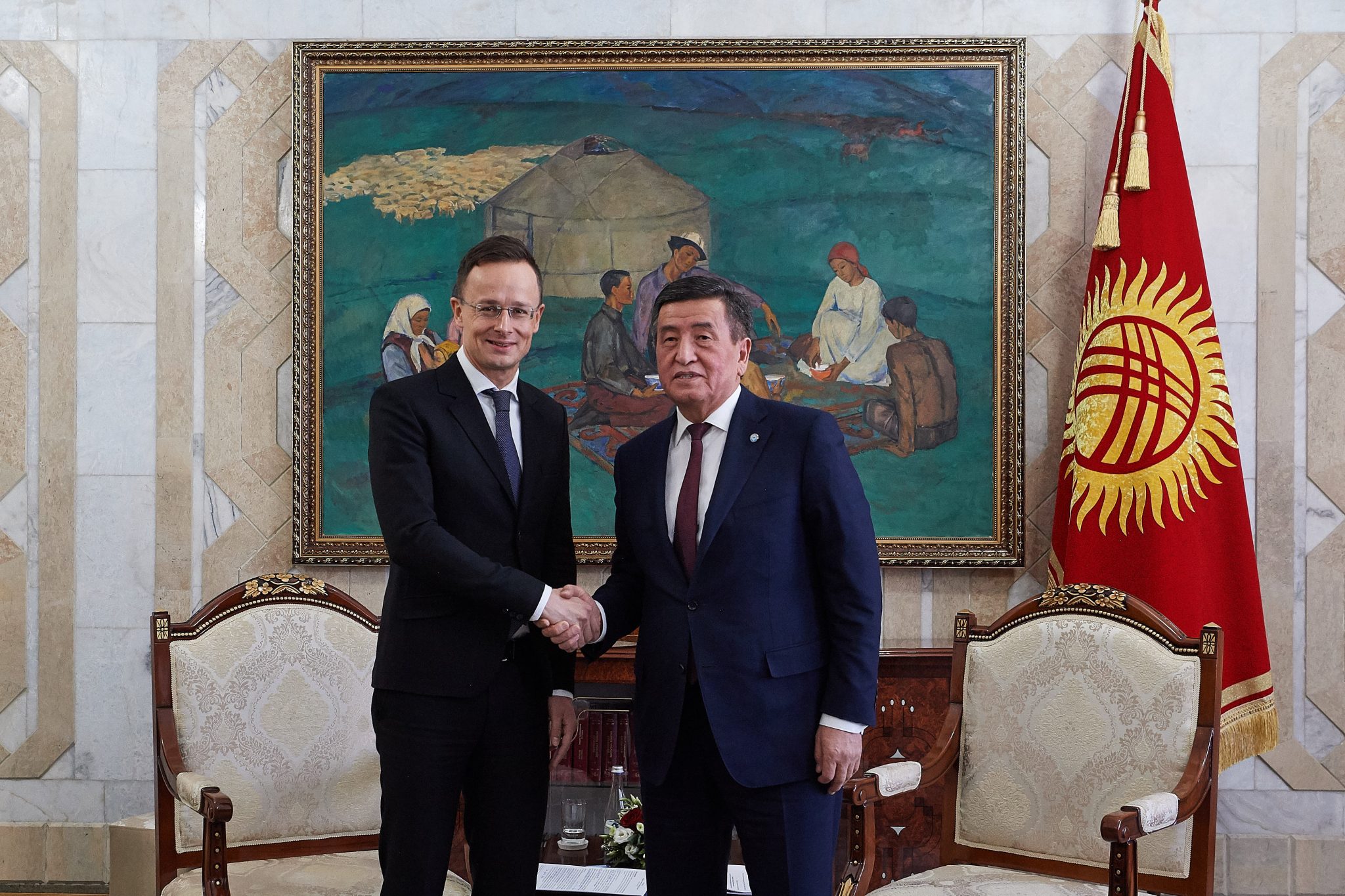 Addressing a Kyrgyz-Hungarian business forum in the Kyrgyz capital on Wednesday, Hungary’s minister of foreign affairs and trade lauded Hungary’s strategy of opening to the East launched ten years ago.

Péter Szijjártó said Hungary was a winner of shifts in the global economy thanks, to no small extent, to this strategy.

He said many people had shown contempt for the strategy, which they contended would alienate the country from the western alliance. But it had since become clear, he added, that “our western friends only criticised us because they did not want to see us as rivals on Central Asian markets”.

Whereas 81 percent of global investments were from the West and 17 percent from the East in 2007, the latter reached 58 percent last year as against 40 percent for the former.

In Hungary, 60 percent of investments are from the East, which has also provided 40 percent of new jobs, he noted.

Szijjártó said there were no unresolved political issues between the two countries that hindered cooperation.

Meanwhile, he welcomed Kyrgyz President Sooronbay Jeenbekov’s impending visit to Hungary in April and the upgrading to ties to a strategic partnership. The new Hungarian embassy with eleven officials in Bishkek is part of a process of deepening bilateral relations, he added.

The minister also noted that Hungary received approval from the European Commission on Tuesday to sign an investment protection agreement. This, he said, will strengthen the legal basis for cooperation between the two countries.

Hungary has also offered its help to clean up environmental damage in Kyrgyzstan.

Further, 75 Kyrgyz students will start studying at Hungarian universities in the next academic year. Also, ten Kyrgyz government officials will spend a week in Hungary studying the country’s economic and structural changes that have produced the EU’s fastest growth rate, he said.

Szijjártó expressed appreciation for Kyrgyzstan’s efforts to fight terrorism and protect its borders, as well as to tamp the flow of extremists and ideologies. This, he added, was not straightforward in Afghanistan’s neighborhood. Hungary, he said, supports Kyrgyzstan’s application to become a member of the UN Security Council in 2027.

Featured photo by MTI/Ministry of Foreign Affairs and Trade