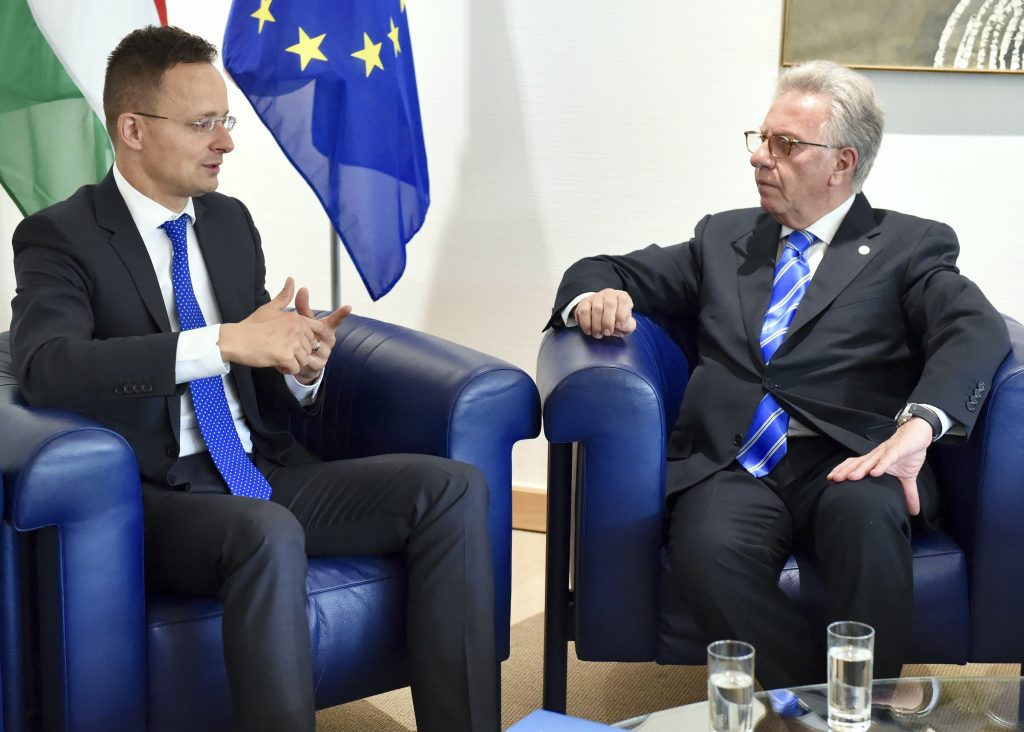 Hungary calls on the Council of Europe to take the issue of protecting European minorities seriously, Foreign Minister Péter Szijjártó said in Strasbourg.

Speaking by phone to MTI during a two-day conference on the protection of minorities and regional and minority languages, Szijjártó said the various European institutions paid for by European taxpayers were more concerned about illegal migrants than national minorities that have dwelled in Europe for centuries. “This is unacceptable.” He said it was wrong for a European institution to concern itself with Hungary’s “Stop Soros” bill aimed at ensuring the security of the Hungarian people rather than with the Hungarians of western Ukraine “whose rights are being seriously breached”.

The conference is taking place to mark the 20th anniversary of the establishment of the European Charter for Regional or Minority Languages. “One of Europe’s most important values is protecting minority rights and the Council of Europe should take this seriously,” Szijjártó said.

The minister said Transcarpathian Hungarians had been stripped of one of their minority rights, and although the CoE had supported Hungary verbally, none of the Venice Commission’s recommendations had been implemented by Ukraine. The law which deprives students of their right to study in their mother tongue is being implemented in the absence of any agreement between the Ukrainian government and Hungarian minority organisations, he said. “It just can’t be true that some European countries who are members of the Council of Europe are ignoring the opinion of the Venice Commission and trampling over minority rights,” he said. Hungary expects the Council of Europe to uphold proposals made earlier by the Venice Commission and urge Ukraine to withdraw measures that seriously undermine the rights of the Hungarian minority, he added.

Szijjártó vowed that the Hungarian government would continue to do everything to provide support in protection of the rights of national minorities. The Venice Commission said in a statement to MTI that its president, Gianni Buquicchio, and Szijjártó discussed the implementation of the body’s opinion on the Ukrainian education law on secondary education as well as its standpoint on the “Stop Soros” bill.

At the meeting, Buquicchio requested that the Hungarian Parliament delay passage of the “Stop Soros” bill until Friday, when the Venice Commission officially publishes its opinion on the bill. At the very least, the recommendations made in the draft opinion already sent to the Hungarian authorities should be taken into account, he told Szijjártó.