Szijjártó: Ties with Slovakia Are of Strategic Importance 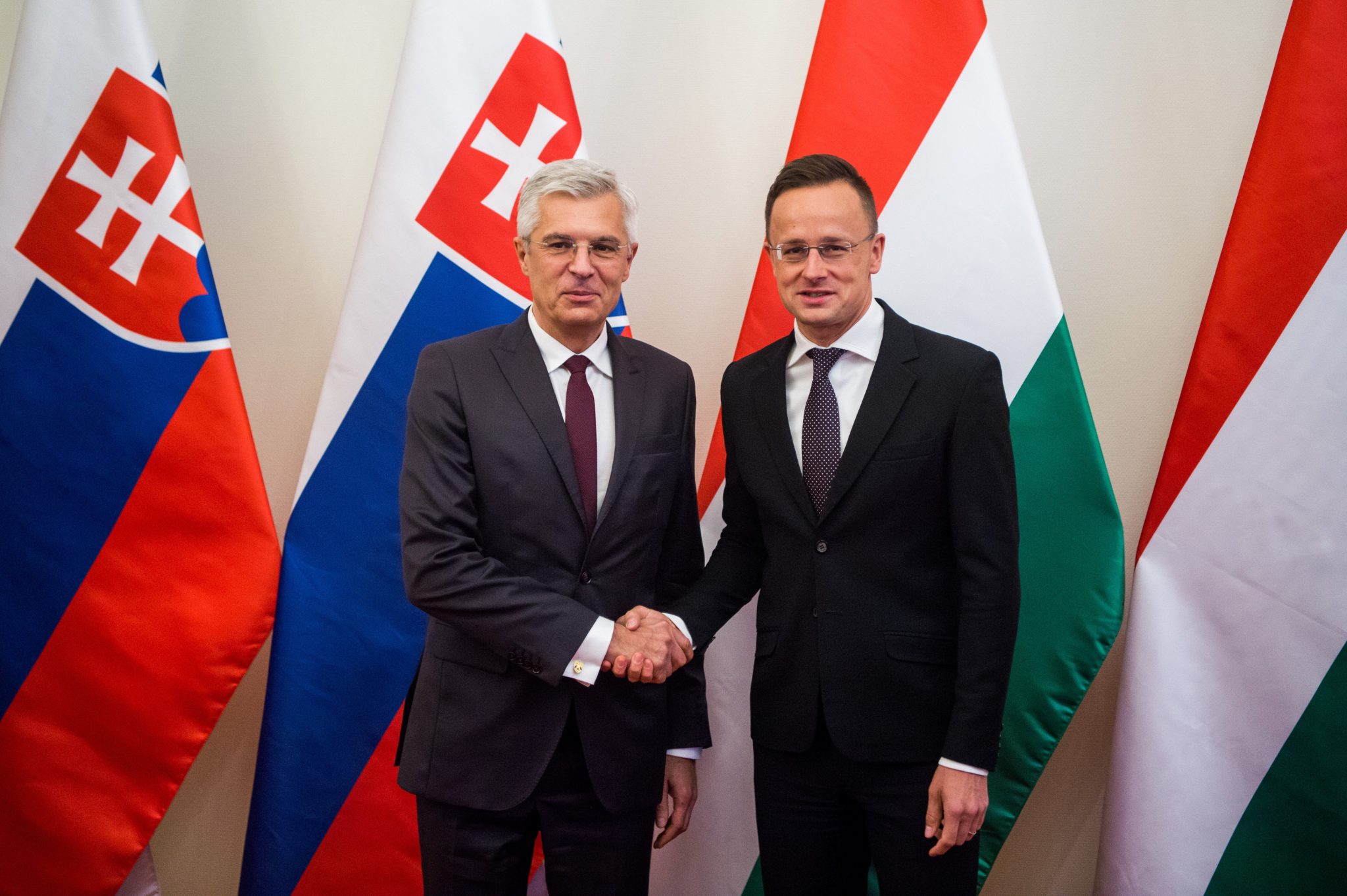 Cooperation between Hungary and Slovakia has never been this good, Foreign Minister Péter Szijjártó said after talks with Ivan Korčok, his Slovak counterpart, in Budapest on Tuesday.

Ties with Slovakia are of strategic importance, Szijjártó said, adding he hoped that the next years would bring about an expansion of that cooperation and further success stories benefitting not only the two countries but their Hungarian and Slovak ethnic communities, too. He noted that the Hungarian government had the cause of ethnic Hungarians in Slovakia “at its heart” and welcomed that the Slovak government had a similar approach. He appreciated the new Slovak government’s publishing its manifesto in Hungarian, too, and that the country was drafting a new law on ethnic minorities and their education.

Szijjártó said that a bridge spanning the River Danube between Komárom and Komarno will be completed before the end of this summer, and six new border crossings, including three bridges over the Ipoly (Ipeľ) river, will be opened before 2022.

The electric grids of the two countries will be linked before the end of 2020, and the capacity of their gas interconnector will be significantly increased by 2024, Szijjártó added.

Korčok agreed that bilateral ties were very good as a result of cooperation in recent years, and said that the two countries’ basic treaty signed 25 years ago had all the fundamentals for further developing current ties. He noted the efforts of both Slovakia and Hungary providing support to ethnic kin in the other country, and made special mention of a Slovak cultural centre soon to open in Budapest.

Concerning the upcoming centenary of the Trianon Peace Treaty, the Slovak minister said that his country has a different position on the deal concluding the first world war, but added that “we have a responsibility to ensure that history does not separate us, even if it does not always provide a link”.

“All should evaluate history as they deem relevant, but we should continue working to build ties,” Korčok said.

Answering a question, Szijjártó said he appreciated the Slovak prime minister’s gesture of giving a reception for Slovakia Hungarians to mark the centenary, and extended an invitation to Igor Matovič for a visit to Hungary.

The centenary “must not weigh on bilateral ties”, Korčok said.