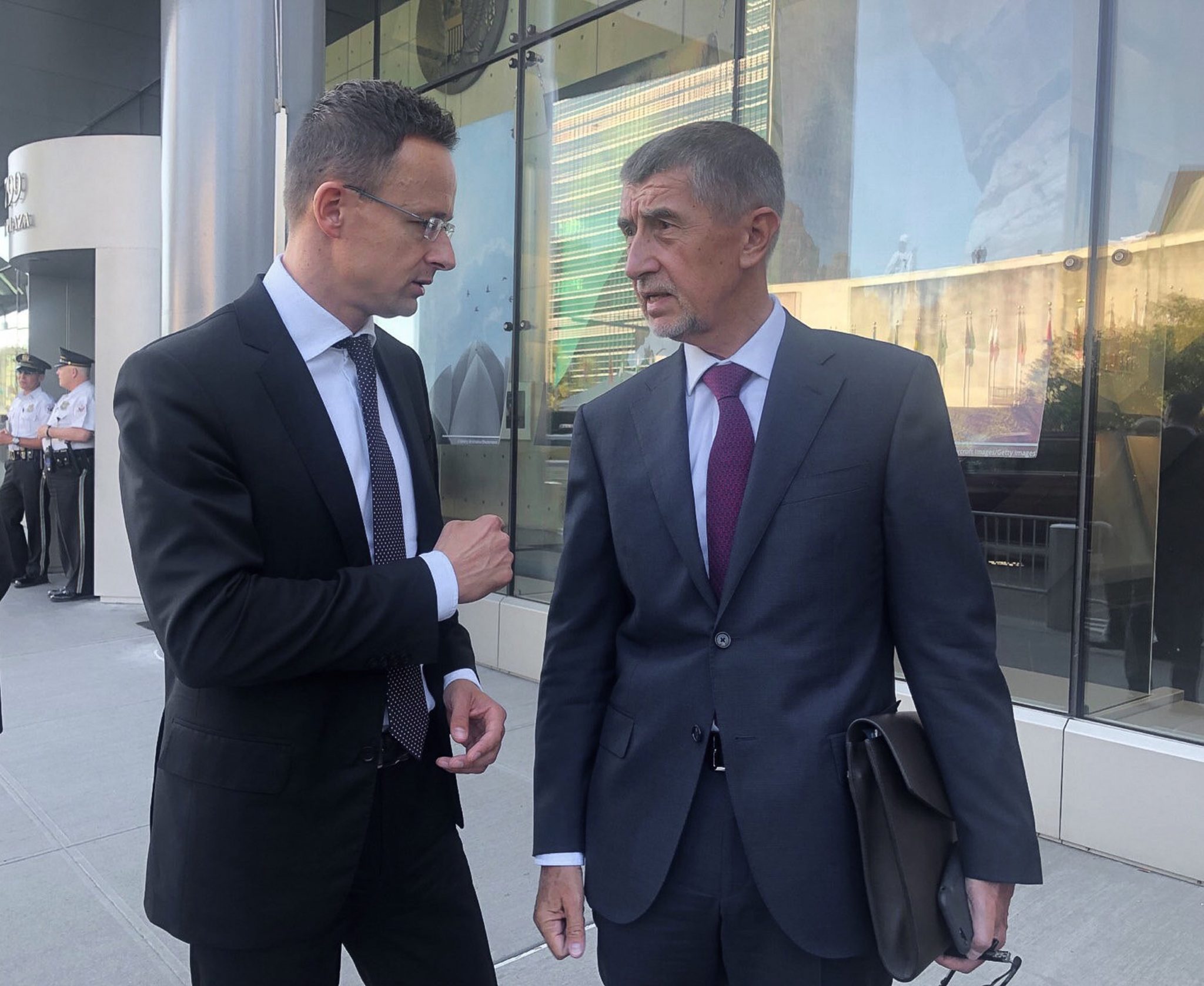 Czech Prime Minister Andrej Babis is the subject of political attacks and Hungary expresses its solidarity to its “Visegrad Group partner and friend”, Foreign Minister Péter Szijjártó said on Thursday.

Szijjártó also said that Hungary was on Israel’s side when its friend and ally was “under rocket fire from a terrorist organisation”.

“There is nothing new under the sun, an attempt is being made to politically liquidate Andrej Babis,” Szijjártó said in response to a question concerning conflict of interest allegations against Babis during a break at a meeting of European Union ministers in charge of foreign trade. NGOs have accused Babis of using his influence in the operation of Agrofert holding, which he owns, and benefiting from EU funding received by his companies.

The political attacks lack any legal basis and have been launched clearly because Babis is “loudly going against’ the liberal mainstream and represents his nation’s interests, Szijjártó said. He added that Hungary, too, had regularly been the target of such attacks.

In response to a question concerning the renewed Israel-Palestine conflict, he said Hungary was Israel’s friend and ally and it was natural that it stood in support of Israel.

Several consultations have been held with Israeli colleagues who expressed thanks to Hungary for blocking a planned EU resolution on the subject, he said. Hungary will continue its consultations with Israel, he added.