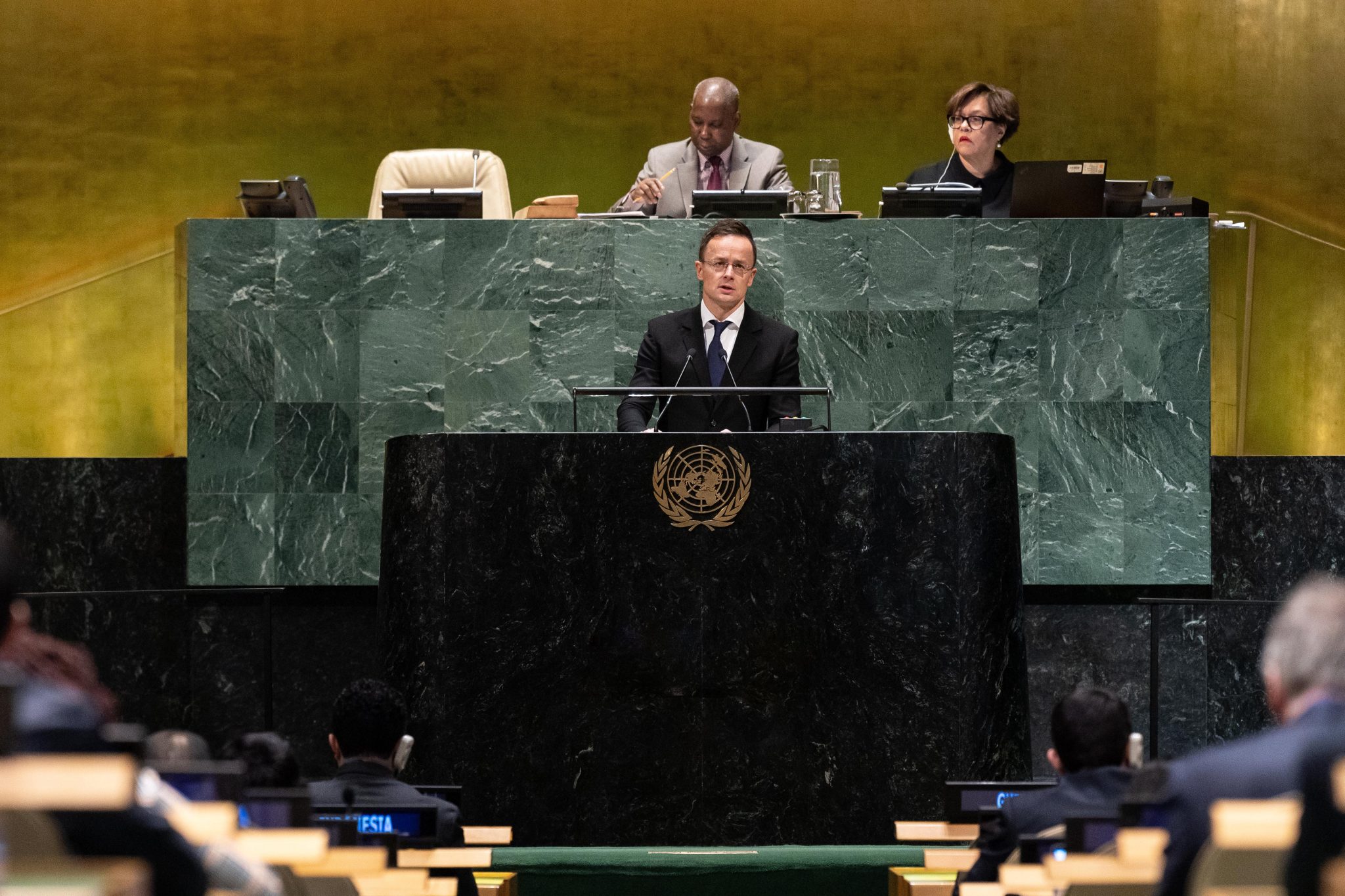 Foreign Minister Péter Szijjártó said that the Ukrainian deputy prime minister’s visit to Hungary scheduled for March would hopefully bring the parties closer to an agreement on minority rights in Ukraine.

In his speech at the plenary session of the UN’s General Assembly, Szijjártó called the situation of ethnic minorities in Ukraine unacceptable and seriously unlawful.

The minister noted that a strong, developing and democratic Ukraine is in the interest of Hungary because of the 150,000 ethnic Hungarians living there.

Over the past five to six years, Hungary has granted Ukraine some 75 billion forints (EUR 222m) worth of economic development, humanitarian, health and educational aid, provided medical treatment for wounded soldiers and hosted 2,300 children in summer camps, he said.

Hungary has always stood up for Ukraine’s integrity and sovereignty, and is aware of the difficulties the country is facing, Szijjártó said. However, it cannot accept the recent Ukrainian laws on education and language use passed in violation of the neighbouring country’s bilateral and international commitments, he said.

The minister said the United Nations should make universal approaches to all breaches of international law. It is unacceptable if the UN takes action against certain violations and overlooks others, he said.