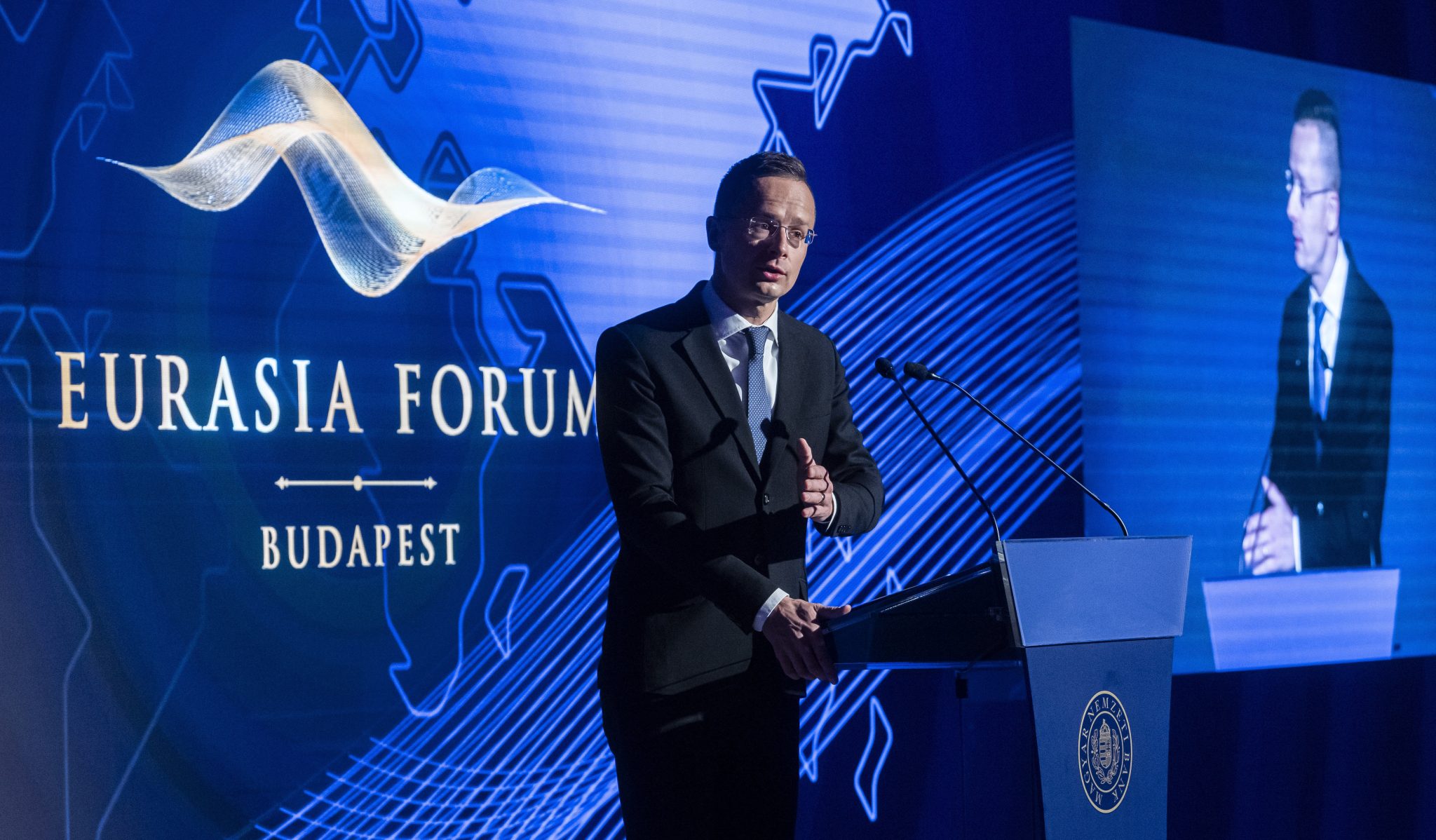 Hungary vetoed a joint declaration of NATO ambassadors on Ukraine, Foreign Minister Péter Szijjártó noted at the Eurasia Forum in Budapest on Wednesday, as it did not compel Ukraine to hand back rights it stripped from the ethnic Hungarian minority.

The minister said that Hungary was not prepared to sacrifice the interests of 150,000 ethnic Hungarians in western Ukraine to geopolitical interests.

Szijjarto said the interests of the 150,000-strong Hungarian minority in western Ukraine “are not so important on the other side of the ocean”.

But we live here in central and eastern Europe, and the interest of a Hungarian is a enough reason for us to stand by him.

Stripping the rights of a minority belonging to one of the NATO member states should at least merit mention in such a document, Szijjártó said, adding that the document should include a clause on reinstating those rights.

Cooperation between East and West in Hungary’s interest

Péter Szijjártó also said at the Forum held in Budapest that cooperation between East and West, with Hungary as a bridgehead, is in the country’s interest, adding that cooperation among Eurasian states is the best way to strengthen Europe and make it more competitive.

György Matolcsy, the head of the National Bank of Hungary, said Eurasia was on the cusp of a new era as the Eurasian continent played a growing role on the world stage. Cooperation on the continent, he added, was becoming increasingly important.

“After the Atlantic era, we face a new era . in which infrastructure, education and economic knowledge are all vitally important,” he said. “Hungary is leading the way in building relations between East and West, and was the first European country to join the Belt and Road Initiative,” Matolcsy added.
featured photo: Zsolt Szigetváry/MTI