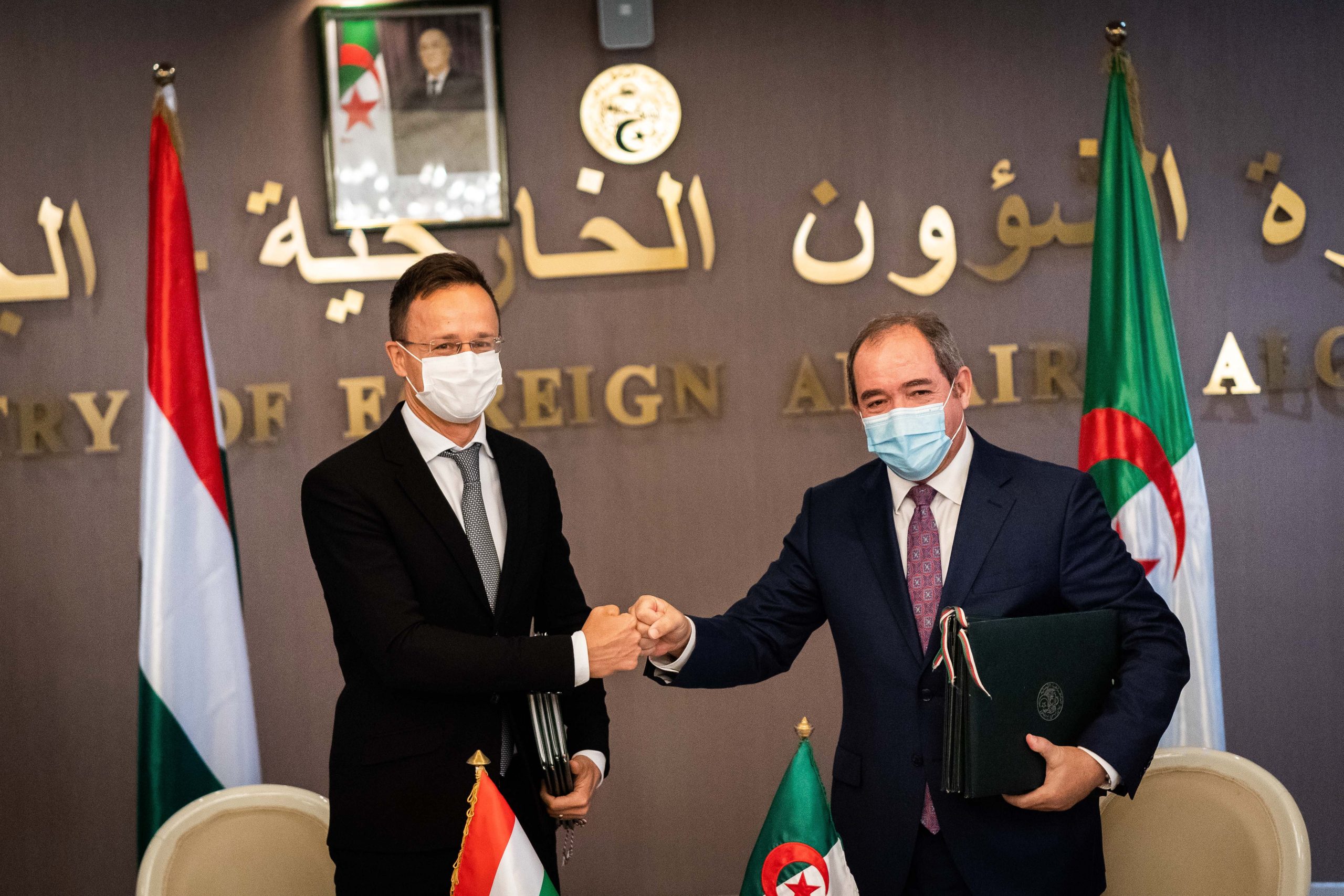 “Unless we can closely cooperate with the North African countries, further hundreds of thousands or even millions will come to Europe,” he warned.

According to Szijjártó, it is “high time” Brussels changed its policies and supported countries in the region in preventing their residents from leaving rather than promoting migration and a quota regime.

“We urge the European Union to amend its association agreement with Algeria as initiated by the Algerian side,” he said.

This move would boost economic development, strengthen stability in Algeria and help prevent masses of migrants from flooding the EU uncontrollably, he added.

Szijjártó said that he had reviewed with Algerian counterpart Sabri Boukadoum the situation in the region south of Algeria and established that security had deteriorated in countries from where masses of migrants set off to Europe.

New conflicts have developed in the Sahel, there are 900,000 internally displaced persons in Mali, terrorist organisations and religious extremists threaten the region and the economic situation is deteriorating as a consequence of the novel coronavirus epidemic, he said.

“Accordingly, one must expect an increasingly severe pressure of migration on the EU,” he added.

Szijjártó said it was vital for the EU to work together with rationally thinking countries in north Africa, like Algeria.

Over the past two months, Algeria liquidated 12 human smuggling gangs on its territory, he said, noting that the country, similarly to Hungary, had voted against the United Nations’ Global Compact for Migration.

Szijjártó said Hungary had offered a hundred scholarships in higher education to Algeria and these attracted 1,170 applications last year. The Hungarian embassy in Algiers also acts on behalf of NATO, he said, adding that the number of Hungarians will be increased from 4 to 24 in the EU’s Mali training mission.

Algeria has considerable gas reserves and Hungary would like to purchase from them in order to increase diversification, he said. Hungarian companies participate in developing agricultural technologies for Algeria and the government plans to create opportunities for Hungarian water management companies to re-enter the Algerian market, he added. The two countries have started talks on investment protection and the elimination of double taxation, Szijjártó said.