The American singer and songwriter debuted with her first studio album under the name Lana del Rey in 2010, then released her second album, Born to Die, in 2012, with hits like Video Games, Summertime Sadness and Blue Jeans. Her music has been repeatedly noted for its unique, melancholic style and cinematic sound, as well as its references to pop culture.

The latest studio album of the singer, Lust for Life, including collaborations with The Weeknd, ASAP Rocky and Stevie Nicks, came out in 2017, and debuted at Number One on the Billboard albums chart and was nominated for “Best Pop Vocal Album” at the 60th Grammy Awards this January.

With the announcement of the last headliner, the line-up of the main stage is now complete; you can check out all the performers and when they will hit the stage below: 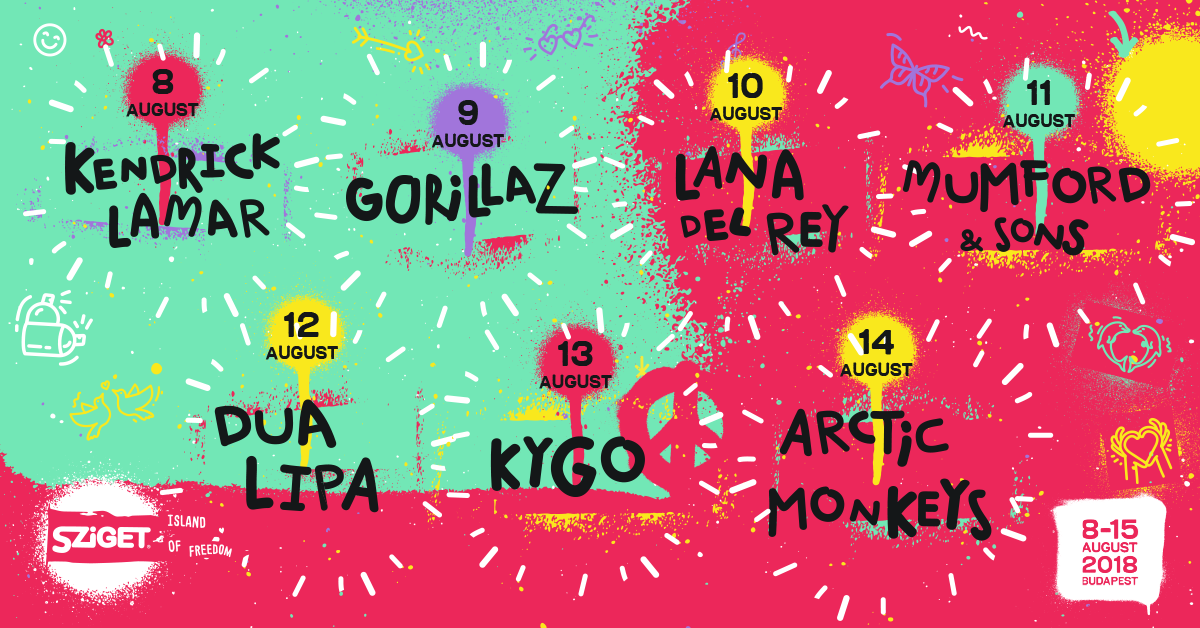 This year’s Sziget Festival, also known as the Island of Freedom, will take place between 8-15 August, on the Hajógyári Island in the middle of Budapest.

As summer is still a way’s off, you can tune in to the Island of Freedom with the festival’s updated Spotify playlist: