Out Of Sync And Out Of Touch: The Hungarian Left In Disarray, By Adam Topolansky

These days, we often wonder about the poor communication and policy strategies chosen by the Hungarian Left. Practically all national policy challenges that the leadership needs to tackle (illegal immigration, family-centric social policies, Roma issues, special taxation of banks and multinationals, utility fee reductions, etc.) the so-called Hungarian Left consistently pops up on the wrong side of these issues. By stressing “wrong side”, I mean positions that do not express the majority of the population in Hungarian society. Now, how can any political force advance in modern society if they are so out of sync and out of touch with the people as left-wing formations in Hungary apparently are? It is comical, yet also tragical how much these fragmented leftover party segments consistently ignore the desires of the majority. Sometimes I wonder if perhaps built-in underground operatives (like in the TV series “Homeland”) would purposely destabilize the left-wing of the political spectrum in Hungary. Because let’s put one thing in perspective: all nations need a viable and healthy left-wing, well positioned on the political palette and Hungary currently has none. Pluralism is the key. A clashing of opposing views and interests would in a standard democratic country be an essential element of the democratic process.

The Hungarian people have repeatedly come to the conclusion that the Gyurcsány-Bajnai governments betrayed the voters and pursued neoliberal economic policies and by operating along these scenarios, they have failed to cater to the needs of the left-wing voter spectrum and the national interest. This may be the crux of the reason for their protracted stagnation. They (DK and Együtt [“Together”]) can no longer address left-wing voters, since they are not left-wing parties per se. The Socialists have a major credibility problem, since they have steadfastly sided with large international banking conglomerates, utility companies and multinationals when the chips were down. The voters (their voters) have a difficult time forgiving them for such betrayal.

Using a play of words, we can ask: what is left of the Hungarian Left then? Thürmer? Karácsony? Tímea Szabó? Schiffer? You got to be kidding. While some of them are simpatico as Italians would say, none of these policymakers have been able to appeal to left-wing voters (or right-wing voters for that matter). Thürmer is a clown, citing long-forgotten communist themes, which are behind the times. Karácsony and Szabó (along with Jávor) are traitors in the eyes of many who favored more socially sensitive policies and were staunchly against the Gyurcsány-Bajnai era’s neoliberal agenda. LMP’s split was a moment similar to the betrayal of SZDSZ, which climbed into bed with Gyula Horn’s Socialists back in 1994. Karácsony, Jávor and Szabó performed a 180-degree turn and deserted their consistently anti-neoliberal LMP friends. Consequently, the PM troika’s fuzzy communication themes and zig-zag politics demonstrated a lack of courage and most importantly, a lack of backbone, and failed to recover from this debacle ever since.

So, once again, the playful question: who is left of the Hungarian Left? Well, you will be stunned by the answer. Jobbik is left. Is this a positive development for Hungarian society? Not at all. In fact, this may be the new age idiosyncracy of Hungarian politics. Yet, it has happened before. In the whirlwinds of history (not only in Hungary), it has occasionally occurred that a radical party, which began its march on the right of the political spectrum, ended up on the left. By the same “logic”, Gyurcsány who emerged on the left, soon clearly shifted to the right, particularly with respect to his economic policies, siding with neoliberal capitalists whose battle chants can be summed up as globalism, unrestricted free markets, free trade and deregulation in hope of higher profits and a spread of liberal values across national boundaries. The global recession of 2008, the financial brokerage scandals and the widening income gaps between nations showed that this aggressive neo-liberal conquest is a dead-end when it comes to improving life on our planet. 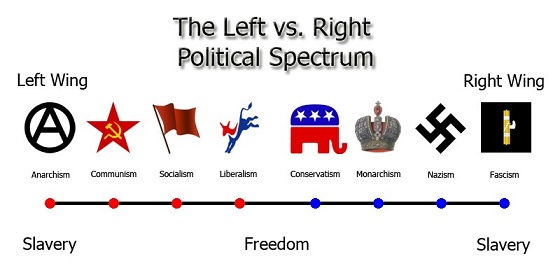 Jobbik nowadays represents the disenchanted, the poor, the downtrodden, the disillusioned and the undereducated. The radical party (which perhaps should change its name to “Balabbik” if it wants to reflect its true political agenda) is indeed the most formidable  left-wing party in Hungary today aside from MSZP! Jobbik’s anti-multinational, anti-bank, anti-EU-pompous-ass-bureaucrats stances have spurred a strong, albeit sometimes slightly confused following among the population. The underlying reason may be that people in Hungary feel that they still have a long way to go to reach the standard of living enjoyed by their fellow citizens in western Europe who promised them higher wages and a better life in 2004 when Hungary joined the European Union. These promises have been largely unfulfilled in Hungary and elsewhere in eastern Europe. Yet, the so-called Hungarian Left ignored reality and jumped on the bandwagon of hostile EU officials on practically every issue. They cheer when EU strongmen launch an investigation of Hungarian social policy moves, such as the utility reduction package of Fidesz. What kind of a sane left-wing person would oppose utility fee reductions and side with EU power circles in an attempt to defeat a policy measure that helps the Hungarian people?

Hence comes Jobbik in their place. All this is logical and in this grand strategy of policy moves, sometimes I wonder if the Gyurcsány folks do not secretly support the advancement of Jobbik? By pushing Jobbik forward, they actually might gain some political capital in the long run, since by radicalizing Hungarian society, they can turn around and boost their communicational gig in the future packed into one sentence: “I told you so”…

Jobbik’s recent gains at municipal elections at the end of August reiterates the notion that the radical party could be a governing force to contend with. Tapolca is now a Jobbik stronghold, while the radical party is gaining at other smaller municipalities as well. With the “new” parties gaining strength and recognition (e.g., Jobbik and LMP), the “old” parties of Fidesz and MSZP are either stagnating or losing scores of supporters in case of the latter. The liberal wing of Gyurcsány, Bajnai, Szigetvári, Bokros and Fodor are ailing at best, while the Karácsony-led PM is at a crossroads of becoming a left-wing party to contend with or shifting into a more national liberal orientation. In any case, right or left no longer has any significance in Hungarian politics, it seems. Instead, new and old has relevance, while a national and/or international disposition will determine a party’s ultimate orientation.

With the former left-wing alliance pro tempore seemingly out of the picture, in the long run, their radical wing may actually encourage the further disenfranchisement and/or balkanization of Hungarian society, so that they can re-enter the political spectrum as heroes 10 or 15 years from now in a “heroic attempt” to save the people from the evil forces of a “radical society”. However, in this zig-zag of left wing politics, the irony of it all is that, in fact, they (Gyurcsány-led DK and Bajnai-founded Együtt) can easily be coined as the radical (and evil) forces in Hungarian society who dismembered the Hungarian Left, tossed the Hungarian economy into disarray and never gave the Hungarian people a standing chance to build a better life for themselves. 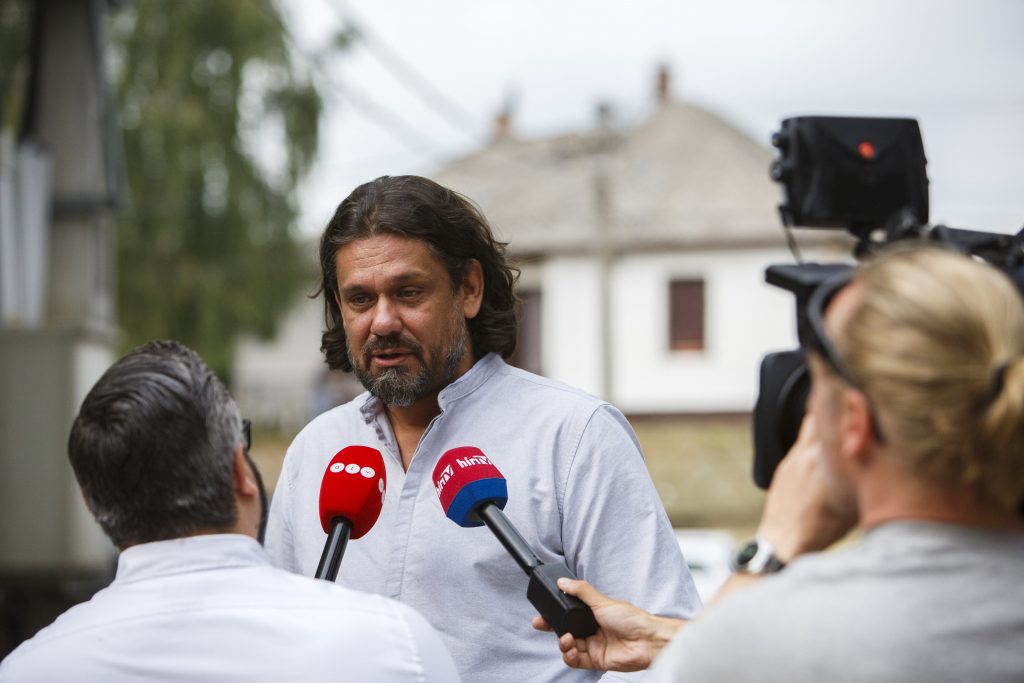 Tamás Deutsch, an MEP of Hungary’s ruling Fidesz party, on Sunday slammed the European Parliament’s “political pressure tactics” aimed at persuading the European Commission to implement the rule-of-law conditionality. In an interview with pro-government public broadcaster Kossuth Rádió, Deutsch said that in his 12 years as an MEP he had “never seen the EP pass […]
MTI-Hungary Today 2021.03.29. 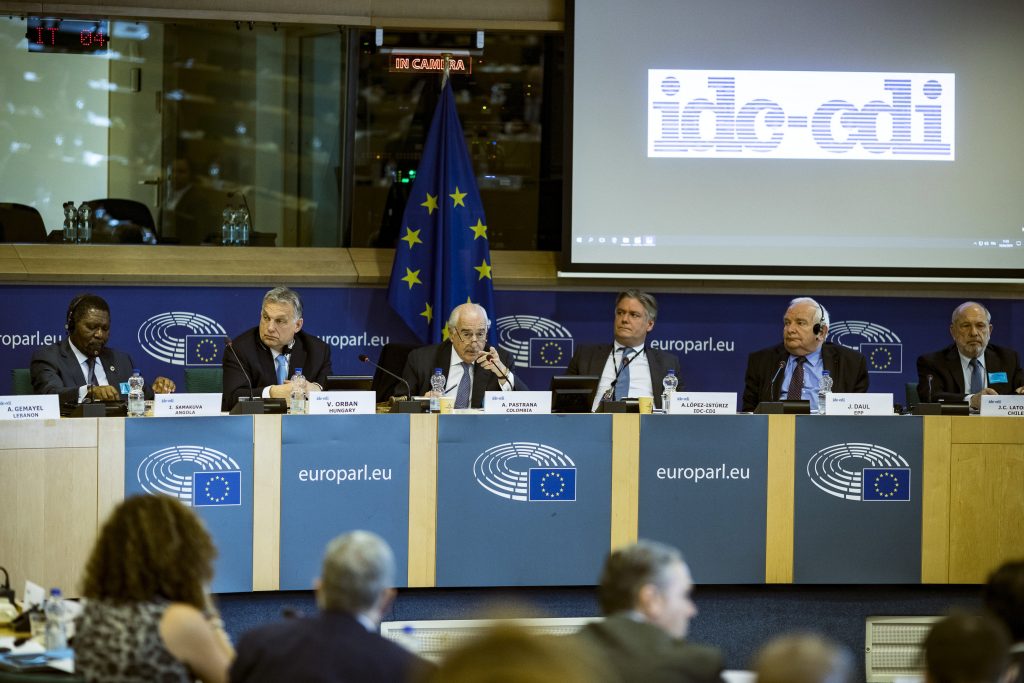 The Centrist Democrat International (CDI) has adopted a resolution condemning the Hungarian left-wing parties’ cooperation with nationalist Jobbik and calling for zero tolerance of far-right, xenophobic and anti-Semitic views, Zsolt Németh, the Fidesz head of parliament’s foreign affairs committee, said on Friday. The CDI’s leadership passed the resolution at Fidesz’s request in a meeting on […]
MTI-Hungary Today 2021.02.19.