From The Synagogue To The Basilica: Jewish And Christian Communities March Together 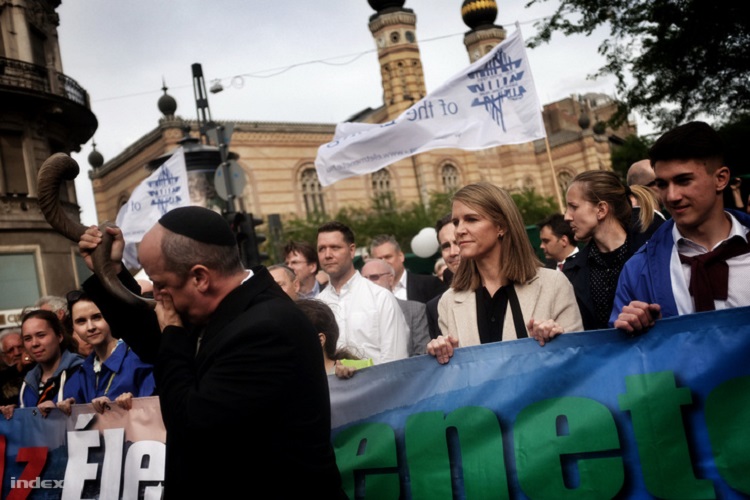 The March of the Living was organized for the 14th time this past weekend in Budapest, Hungary. For the first time this year, the commemorative event was addressed by representatives of Hungary’s historic Christian churches too. Thousands of marchers walked through the downtown from the Synagogue of the capital to the Szent István Basilica with flags and billboards. High-ranking personalities joined to the program also, such as Minister of Human Resources Zoltán Balog, Antal Rogán in representation of the ruling centre-right Fidesz party, Attila Mesterházy (MSZP), Ferenc Gyurcsány (DK) and Eleni Tsakopoulos Kounalakis, the former United States Ambassador to Hungary. The ain speaker of the March was Géza Röhrig, star of the Oscar-awarded Hungarian movie Son of Saul. 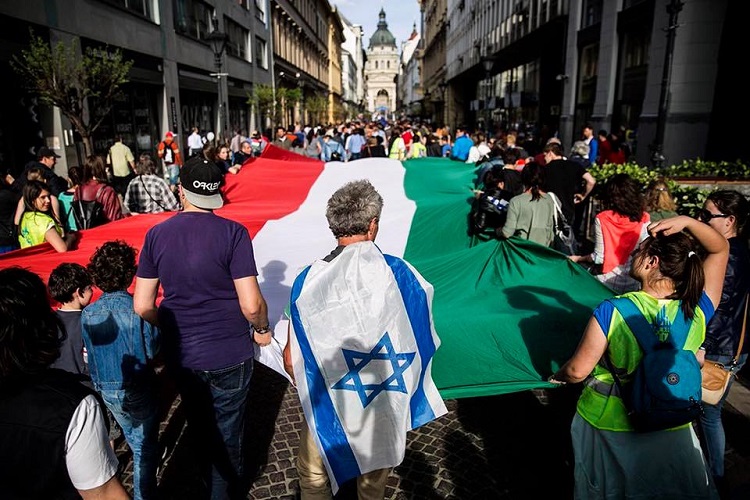 Chief Rabbi Róbert Frölich said that although the Synagogue and the Basilica are just a few minutes’ walk apart, “there were times when the sobbing of the Synagogue and the cries for help from Jews who were to be sent to die fell on deaf ears and closed doors.” But today, Christians and Jews pay tribute to the martyrs of the Holocaust together. “Today the Basilica’s doors are open and the Jewish voices have found their way to Christian churches.” He said Christians and Jews have built a bridge which they have started crossing together. “We must look back on the past but move ahead toward the future, together, if we want to prevent a repeat of the tragedy and the shame” of the Holocaust, he said. 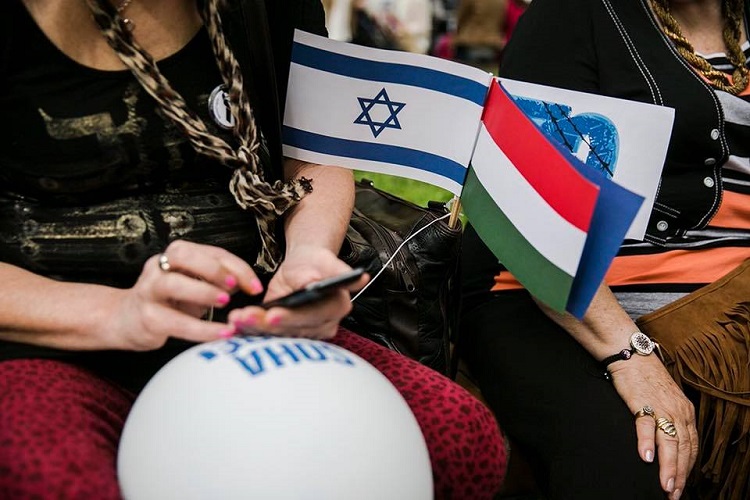 Catholic Bishop János Székely, who heads the Christian-Jewish Council, said “we must take the steps of the March of the Living in our hearts” by confronting the past and getting to know, love and respect other cultures and people. He noted that recently a group of Orthodox rabbis released a statement saying that Christians and Jews must work together on resolving the world’s moral challenges and making the world a better place. These rabbis felt that it was the right time and God’s will to open a new chapter in the relationship between the Christian and Jewish communities and “extend each other a brotherly hand”. 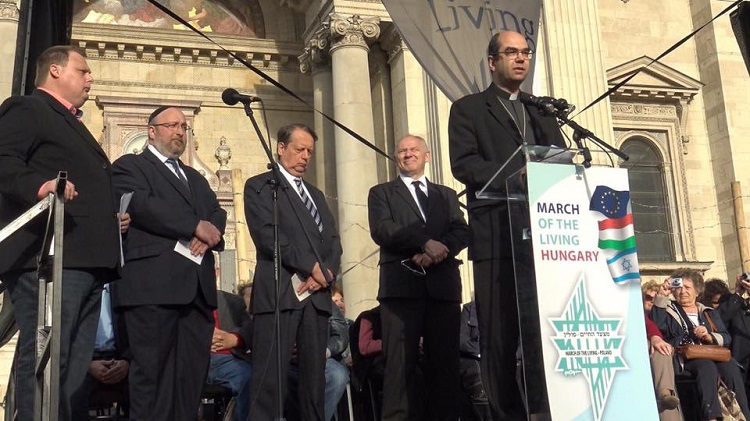 István Szabó Bogárdi, of the synod of the Hungarian Reformed Church, said that while walking in the march today, one should think about those who could not also walk the same streets with their grandchildren today, had they not been “thrown for no reason into the hell of war” as innocent victims.

Bishop Péter Gáncs, the leader of the Lutheran Church in Hungary, said he asked God’s blessing on the marchers who should be caretakers and the advocates of human life. 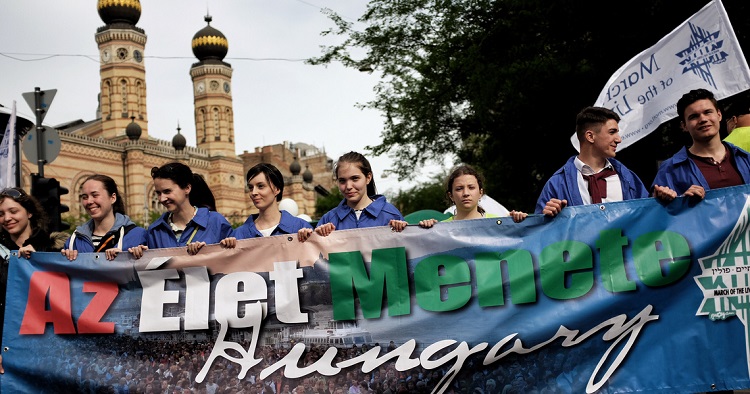 At the Synagogue the crowd was greeted by March of the Living Foundation board member Lászlo Bandi, who said it was only freedom and free will that could bring about the peace that Hungary’s Jewish and Christian communities both crave. He said the foundation had been working for fourteen years on “building bridges between neighbours”. The foundation’s job is to reject all forms of racism and discrimination, “because we have tried to learn the lessons of the Holocaust”, he said. “A single slap or a snide remark can lead to a tragedy.” The marchers paid tribute to Nobel laureate Hungarian writer Imre Kertész, a Holocaust survivor, who died on March 31.