Switzerland’s Sensirion to Set up Plant in Hungary

Swiss sensor maker Sensirion on Monday announced plans to establish a production base in Debrecen, in eastern Hungary.

The plant, being built and financed by a local “build-to-suit” partner, will meet growing demand for sensors.

Sensirion said it chose Debrecen because of the city’s proximity to clients in Europe, the well-educated local workforce and support offered by the Hungarian Investment Promotion Agency (HIPA) and the Debrecen Urban and Economic Development Center.

“Debrecen’s excellent infrastructure, especially education facilities such as the University of Debrecen and the vocational training institutions, combined with an established industrial base, was the decisive factor in Sensirion choosing to establish a new production site there,” said Patrick Good, Sensirion’s director for maintenance and infrastructure.

State Secretary Levente Magyar welcomed the announcement, saying that the government had “great plans” concerning Debrecen, which he referred to as “the fastest developing city” in Hungary.

Production at the site is expected to start by Q3 2021.

Initially, the plant will employ about 50 people; however, starting in 2022 Sensirion will add newly engineered products and production technologies to its portfolio in Debrecen, raising headcount there by about fourfold by 2025. 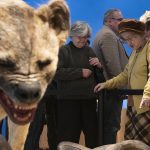