The electronic devices with which a 21-year-old man communicated his intentions to execute acts of terrorism in Hungary have been found. The suspect, who has been identified as a radicalized Hungarian citizen from Kecskemét, has denied the charges put against him. Director-General of Hungary’s Counter Terrorism Centre János Hajdu gave further details of the investigation in an interview with ATV, saying that the suspect’s affiliation with the Islamic State classifies him as a terrorist.

This is the first time in Hungary that such a pre-planned attack could be clearly followed and identified. János Hajdu confirmed that while the individual’s radicalization could have lasted much longer, the authorities had been monitoring him for a month.

No Accomplices of Suspected Terrorist Confirmed Yet

After a background check, TEK found that the accused is a Hungarian citizen who had been able to access a closed chat group of other radicalized people. While the online forums put him in communication with many Islamists, Hajdu did not support the assumption that the suspect had local accomplices in his actions and said that the answer will be found through the investigation.

This online group, which cannot be accessed by just anyone, shared information with the suspect, teaching him about the specific terror attacks that he confirmed he would prepare for.

The authorities had been monitoring the suspect's activity after he began participating in online forums affiliated with the Islamic State.Continue reading

The director-general explained, in locating this forum of the so-called “dark web,” that a reconnaissance group was able to access information on the suspect’s actions thanks to a multitude of information from the Hungarian secret service.

Hajdu: Both a Ramming Attack and a Bombing Were Being Prepared

Hajdu emphasized that the chat forums the individual was on are affiliated directly with the Islamic State, which makes him a member of a terrorist organization. There are currently no sharable statistics on how many Hungarians are members of the organization.

The TEK director-general stated that the individual had been preparing both a ramming attack with a vehicle as well as a pipe bomb which he would set off at a large event. While they have not found the bomb itself, Hajdu says the Prosecution Service will most likely have information on the materials necessary to build it.

A big part of the question around the individual is how a Hungarian citizen and university student became so radicalized. In terms of his background, Hajdu believes the young man comes from an average Hungarian family, and his sudden radicalization, while it seems out of place, has happened before with other people in similar, everyday circumstances.

Kende V., the 21-year-old Islamist who was captured by TEK on Tuesday, comes from a family of teachers and lawyers. He had graduated from the Piarist High School in Kecskemét and had been attending a university in Budapest.

The individual was known as a good-natured, hard-working, but very reclusive. His former classmate had said that “he would have been the last person,” of whom such an act could have been imagined. Regardless of his past, his involvement in a chat forum of the Islamic State made him affiliated with a terrorist organization.

The young man has been placed in custody for a month, and trials of his actions have begun. His defense attorney, László Jován, told Telex that “what TEK is asserting does not coincide with reality.” Jován said it is untrue that materials used for explosives were found in this search of the house. 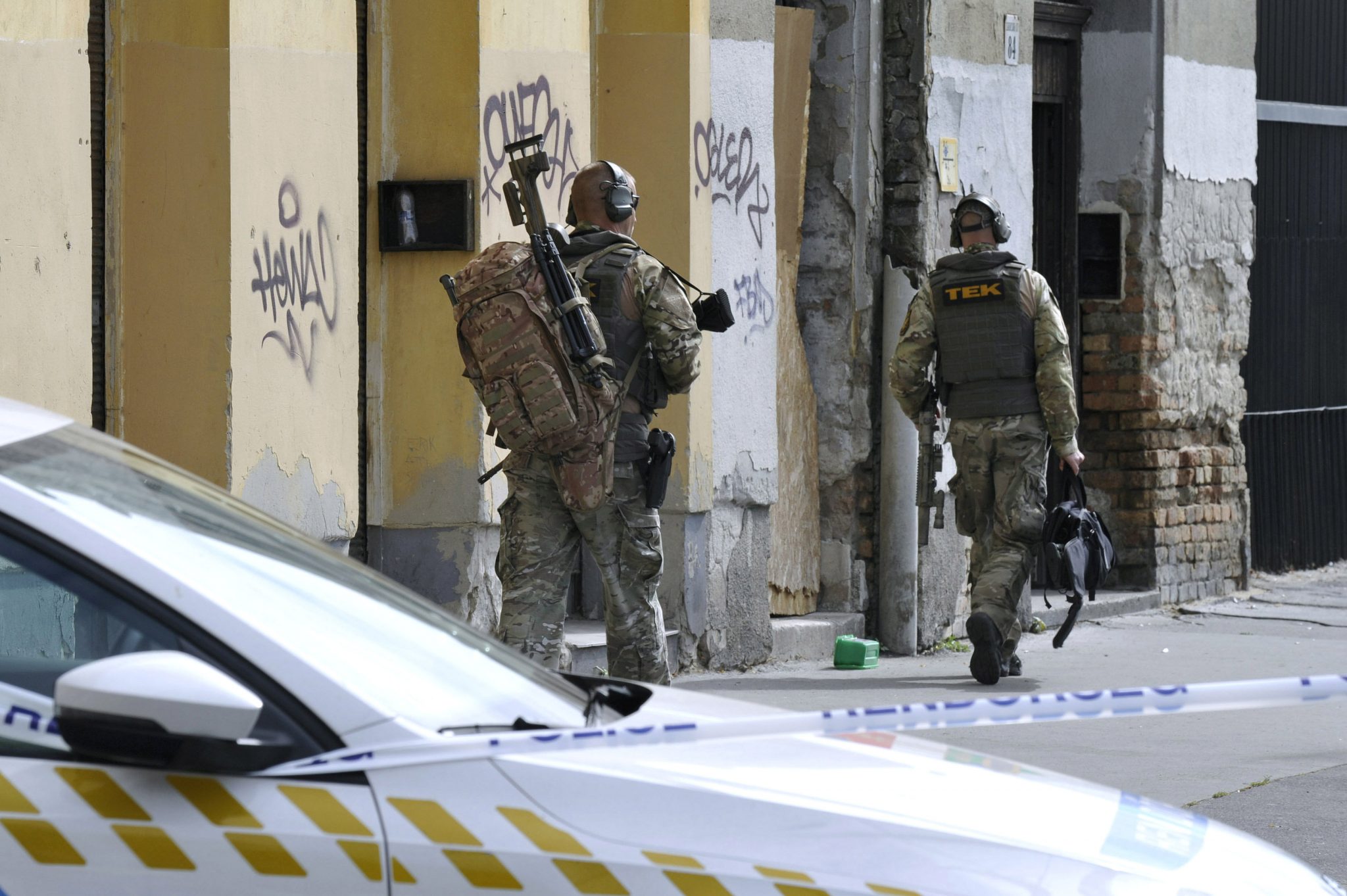 A hearing was held for the man who was suspected of scaring the community through a pre-planned crime that would have killed and harmed many people.Continue reading

In response to a question by Telex, the Office of the Prosecutor General said that while no explosives were found, electronic devices were located with chat logs on the suspect’s communications with the Islamic State. The suspect “did not argue against the content of the electronic devices, but he rejected the accusation that he was preparing an attack, thus, he did not plead guilty.”

In the featured photo, a bomb squad enters the house of the suspected terrorist. Featured Photo via the Hungarian Prosecution Service’s Youtube channel