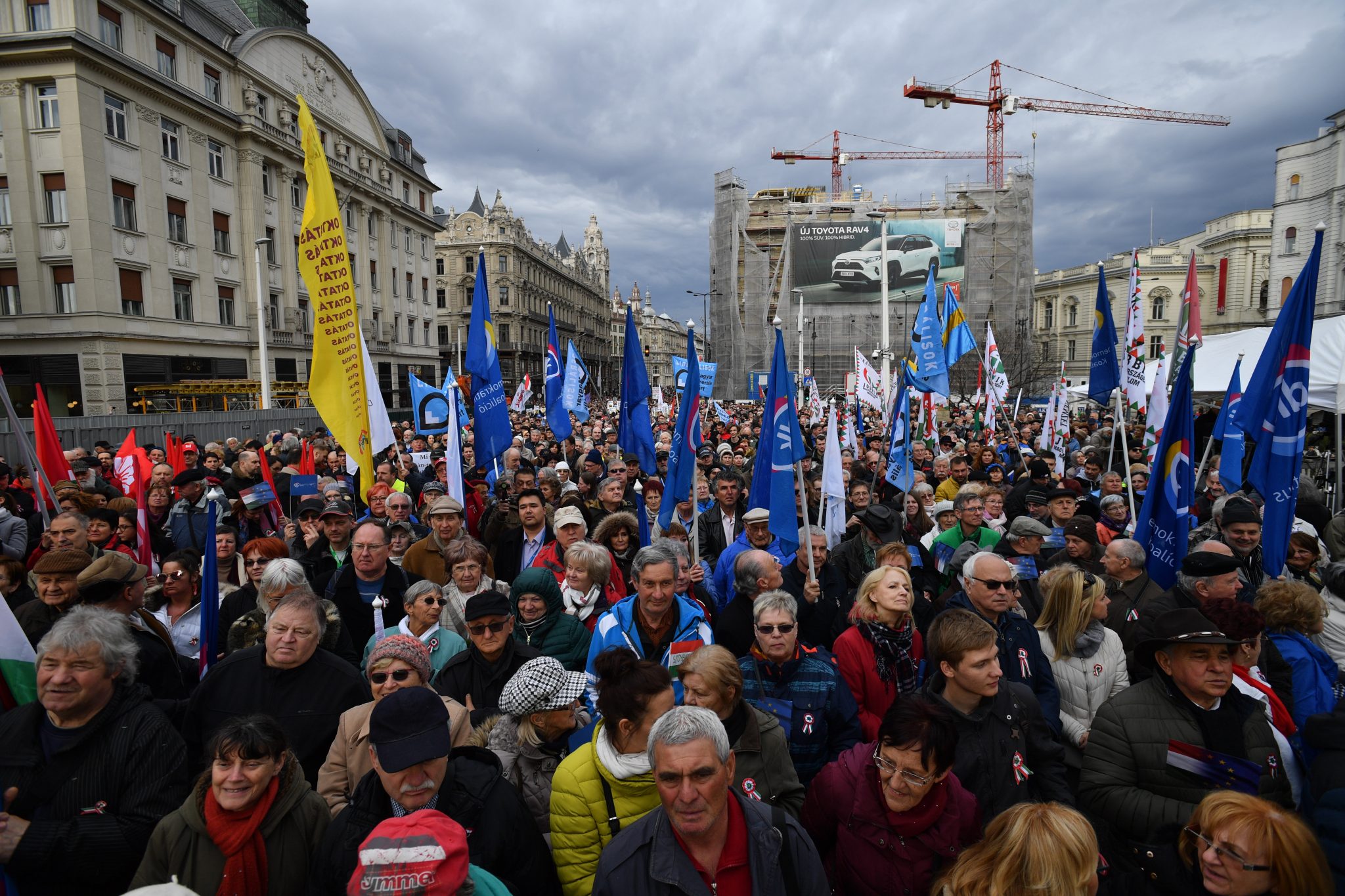 Two recent surveys both show that most opposition voters think that the best strategy for the opposition parties to win the 2022 parliamentary election is to join forces.

A recent survey by leftist Závecz research shows that Fidesz remains by far the strongest party in Hungary with a 35% (2.8 million) voter base. By comparison, second and third place DK and Momentum have only the support of 9% (700,000), and 8% (650,000) of voters, respectively.

In the most interesting part of the survey, however, voters were asked what opposition strategy they consider to be the most effective to defeat Fidesz in the 2022 general election.

Opposition voters seem fairly united in the fact that a common opposition candidate should be nominated in all 106 single-member electoral districts. In total, 87% of them agreed with the idea, 4% were against it, while 9% of them couldn’t form an opinion.

On the issue of the number of party lists, a large majority of opposition voters – 83% – are also in favor of cooperation, considering it appropriate to set up a single list.

A June survey by the leftist Publicus Institute came to a very similar conclusion.

According to this, 96% of the DK, 89% of the MSZP-Párbeszéd, 88% of Jobbik, and 82% of Momentum voters think a common list and PM candidate would be the best chance for the opposition to defeat ruling Fidesz in the next parliamentary election.

The opposition has long been considering running together in the parliamentary elections despite the ideological differences between some parties. The local elections in 2019 seriously boosted this idea, as the opposition managed to take several important towns and cities, such as Budapest, out of Fidesz’s hand.

They achieved this by only running one opposition candidate against the Fidesz candidate in most constituencies. However, in addition to the clear benefits, there may be several setbacks to such an expansive alliance. For example some leftist and liberals would still have problems voting for former far-right Jobbik, and for some centrist and rightist voters, voting for a list with former PM Ferenc Gyurcsány on it would seem impossible. This is why it is still unclear whether the 2022 general election will be about the joint opposition.