Survey Finds Hungarians Spend On Average €127 On Christmas This Year

Hungarians on average will spend 40,000 forints (127 euros) on Christmas this year, a survey by NRC market research shows.

The majority of the people 77 percent go to Hypermarkets, 67 percent shops in malls, 54 in discount stores and 50 percent of them buys the presents in charismas fairs or online. Half of the answerers said they finance the holiday expenditure from their monthly salary, but 22 percent spend their saving on this purpose. Just 4 present of the examined population answered the commercial credit as a financial source for the Christmas; the majority uses just their credit cards. 20 present of Hungarians save some money for the Christmas period, many of them the already start in October.

The most popular presents, which people want to see under the Christmas tree, are: cash, vacations and concert tickets, handmade gifts. Books, smart phones, CD-s and clothes are also popular, 16 present of people said they would be happy to get them at Christmas.

The survey also shows that Christmas in Hungary is still a family-oriented holiday: nearly 90% said that they would spend the holidays at home with their families. 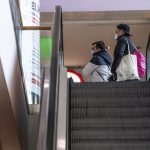 Retail Sales Down 0.3% in November