Survey: 56% Of Hungarians Fear Muslims Becoming The Majority In Europe 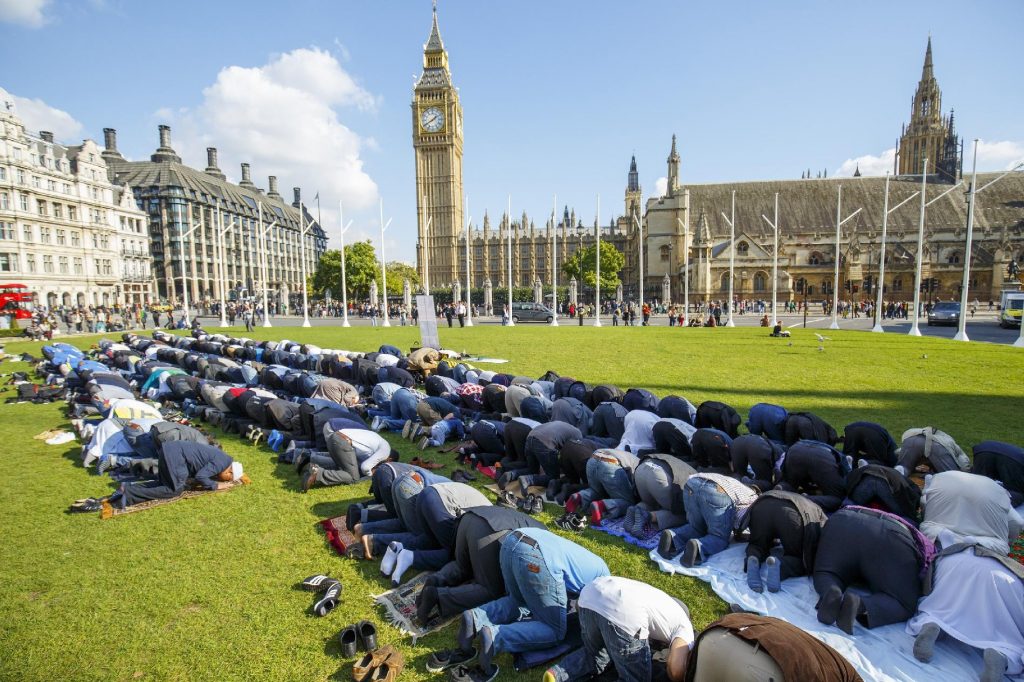 Close to two-thirds (64 per cent) of Hungarians believe that terrorism is “more typical” of Muslims than other religious groups and over a half (58 per cent) think that Muslims are more agressive than others. Some three-thirds of the populace believe that Muslim arriving to the continent over the past years will fail to integrate, while two thirds are of the opinion that Islam is a danger to European societies. However, the overwhelming majority (75 per cent) of Hungarians believe that the religion should not be judged by a few of its followers and only a minority (27 per cent) think that Islam is to be blaimed for young Muslims in Western Europe joining terror groups, according to the survey presented by researcher Mátyás Lajtai.

These are the somewhat contradictory findings produced by a representative public opinion survey carried out by Nézőpont Intézet on a 1000-member sample between 4 and 7 March and introduced at a conference yesterday on Tuesday. Speaking after the results were disclosed, expert participants of a panel discussion agreed that the real problem is not the strength of Islam but rather the weakness of Christianity. 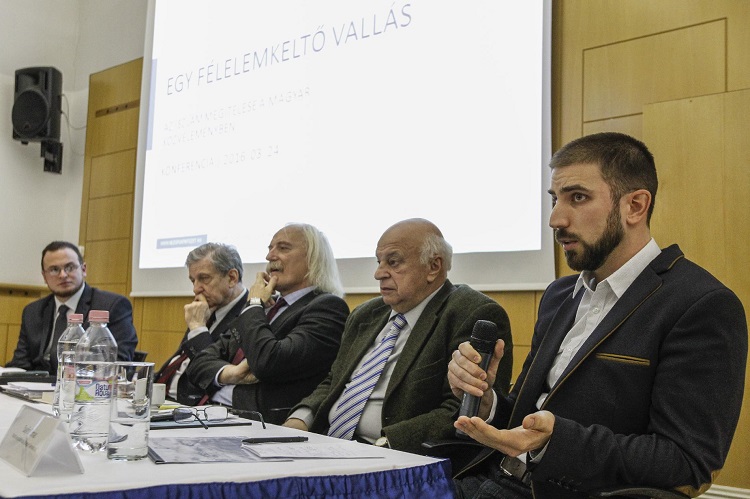 Panelists agreed that the real problem is not the strength of Islam but the weakness of Christianity in Europe (photo: Béla Nagy/mno.hu)

Commenting on the figure suggesting that the majority – 56 per cent – of Hungarians fear Muslims eventually becoming the majority populace in Europe, leading academic and orientalist Miklós Maróth pointed out that Muslim communities in Western Europe already have higher fertility rates than the majority population. Alarmingly, immigrant men are often followed by their large families or enter a mixed marriage, which usually sees the Christian wife abandoning her faith to become a Muslim. In the absence of an “exact” Hungarian or European culture and Christian convictions, “integration” can also mean taking the cross of churches or beer being banished from the street in certain areas of London or Berlin, Mr. Maróth said.

Historian Pál Fodor agreed that Europe is suffering from an identity crisis and lack of self-confidence and pointed out that when the Ottoman Empire appeared on the continent in the 16th century, it was defeated only by a strong European identity. However, the continent today is faced by a crisis because “modernist relativism” has emptied its culture and the 19th century sense of responsibility has vanished.

Researcher and journalist Omar Sayfo – who was born in Hungary to a native mother and a Syrian father – highlighted that problems of integration appear in different forms from country to country; while acknowledging that terrorism is a Muslim problem, he said that ghettofication is not. He argued that Muslim identity is multi-faceted, stressing that Kurds and Turks identify rather with their ethnicity than their religion. There is enormous rivalry between various Muslim faith groups for followers and resources, he said, and much depends on the recipient country: while foreign preachers operate in Belgium with almost no control, only locally trained clerics are allowed to operate in France, where the situation is better. Another good example is the Netherlands, where the police have almost unlimited powers to act against offenders, irrespective or ethnic or religious background, he concluded.