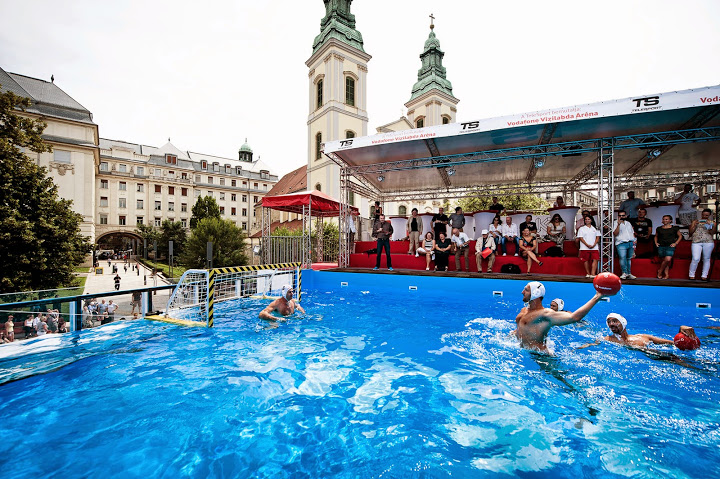 “Thanks to national television M1 all men’s and women’s water polo matches can be watched live at the supporters’ camp, including the semi finals and the final”, said György Beck, president of Vodafone Hungary, co-chairman of the Hungarian Water Polo Federation.

The arena, located on March 15 square (Március 15. tér) at the Pest side of Elisabeth Bridge, opens every day at 10:00, and with its 8×16 meter transparent pool can showcase the sport in a unique and exciting way.

Dénes Kemény, chairman of the Hungarian Water Polo Federation said in connection with the great interest for the Euro Championship the number of spectators, including the ones sitting at the Hajós Swimming Stadium, reaches 50.000. Kemény hailed the interest significant, and said that both men’s and women’s teams cannot disappoint us, as they have already managed to qualify into the semi finals. (MTI)