The Strasbourg court of human rights on Monday ruled in favour of the non-parliamentary Two-Tailed Dog Party in connection with a fine the Hungarian authorities imposed on the party after it called on voters to spoil their ballot and share a photo of the ballot paper prior to a referendum held in October 2016 on the question of migrant quotas.

Hungary appealed the European Court of Human Rights’ first-instance ruling that fines imposed by the state were unlawful.

Today, the ECHR Grand Chamber of Appeals decided 16-1 that the Hungarian authorities had breached a European Convention on Human Rights article on freedom of expression.

The court said Hungary’s election law cited by the Hungarian authorities had not made it clear that the use of a mobile phone during the casting of the ballot could result in criminal proceedings.

In January 2018, the Strasbourg court ruled against the Hungarian authorities, awarding the party 3,330 euros in damages and costs.

The Hungarian state appealed against the ruling adopted by a five-member ECHR council in May 2018. The Grand Chamber’s decision today is final.

Hungary’s National Election Committee had fined the party 800,000 forints for violating the vote’s secrecy. This was later reduced to 100,000 forints by the Kuria, Hungary’s supreme court. After the Constitutional Court rejected the satirical Two-Tailed Dog Party’s subsequent appeal, it turned to the European court. 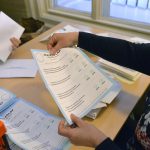