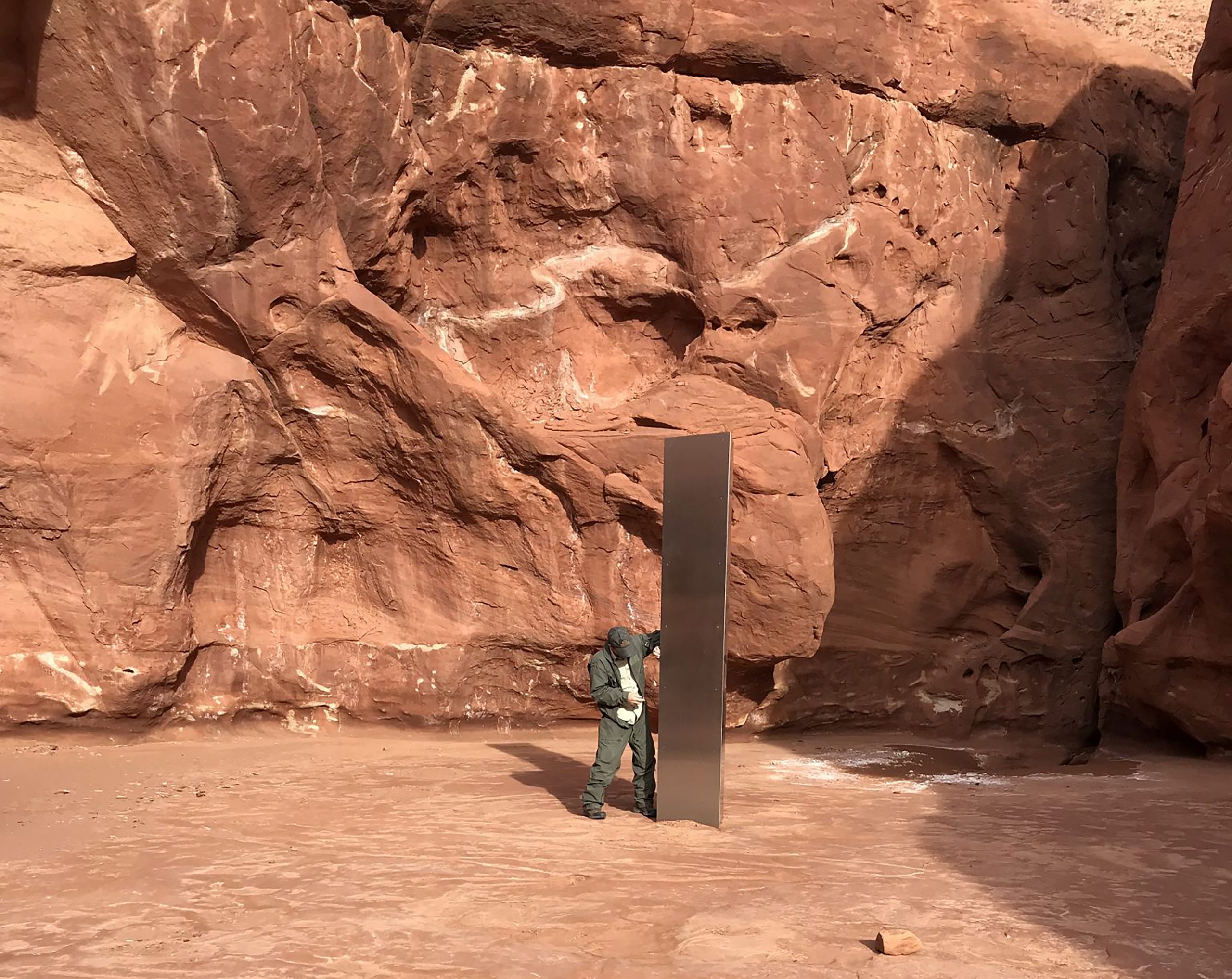 After the Utah desert, California, Romania, Wright Island, and Belgium, a strange metal pole has appeared in Hungary as well, at the border of the 15th and 16th districts in a field mostly used as a dog run. The famous Hungarian meme face, András Arató, better known as ‘Hide the Pain Harold’, also took photos with the column.

The strange monolith pole first appeared in the United States, in the Utah desert, and then disappeared after a couple of days. This was followed by another sighting in California, but it was soon removed by a group of men as well. The monolith then arrived in Europe too: a similar one was found in Romania, Poland, and Belgium.

Now a similar pole has appeared in Hungary as well, on the border of the 15th and 16th districts, in a large, grassy field, bordered by the Rákospalotai határút and Szentmihályi street. People living in the area mostly use the field to walk their dogs there. According to one of the readers of Hungarian news portal telex.hu, the construction is quite special, because it is not a solid metal column, as was the case with the monolith columns that have previously appeared around the world, but it rather consists of plates riveted to a metal frame.

By today, the column has become a tourist sensation, and the most famous “meme sensation” of Hungary, the retired electrical engineer András Arató, who became world-famous on the Internet as ‘Hide the Pain Harold,’ also posed with the column.

Misterious monolith appears in Hungary. According to a label, its a gift of the intergalactic federation.

Arató once posed as a model for some stock photos, from which a great number of memes have emerged about the man trying to cover his pain with a not very convincing smile. After being confronted with the whole world laughing at his photos, he decided to take the lead, and took on advertising roles and public appearances and is now consciously building his own online image as ‘Hide the Pain Harold.’

András Arató is possibly one of the most known Hungarians on the internet. But while in real life he is a well-known electric engineer, he became famous because of memes featuring him with a smile that the online world found simultaneously depressing and endearing: on the internet, Arató became “Hide the Pain Harold.” Interestingly, independently […]Continue reading

He uploaded the picture to his official Facebook page on Sunday afternoon, announcing that a mysterious metal column had appeared in Hungary as well.

It is not yet known who is responsible for placing the strange metal poles in different parts of the world. The most likely assumption so far is that the first mysterious metal column may have come from a group of New Mexican artists. However, whoever made the first one, has quickly found followers in Europe as well.