Sting Performing with his Son in Budapest! 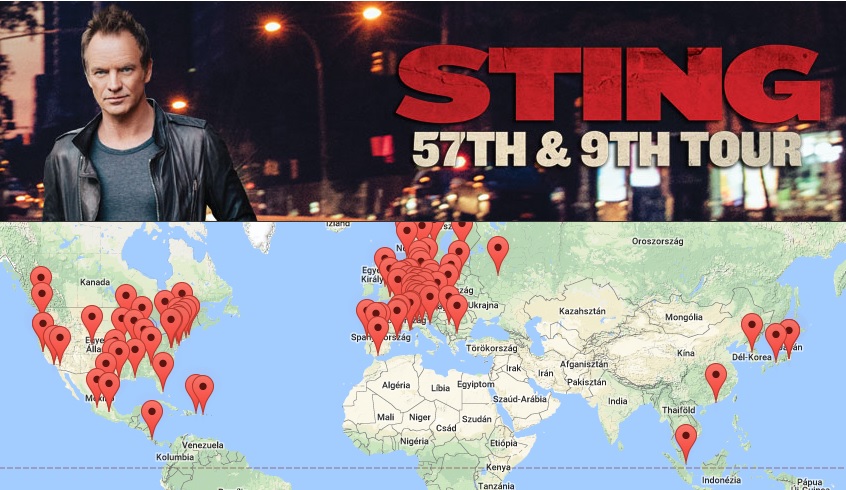 It is true…and it is today! Tonight, the Hungarian concert will play host to a concert by world-renowned English singer-songwriter Sting, who will be performing today, Friday the 13th, in Budapest’s Papp László Sport Arena, Budapest.

The 57th & 9th Tour is the current world tour by British singer-songwriter Sting, in support of his twelfth solo studio album of the same name. The tour began on February 1, 2017 and now it has arrived to the capital of Hungary. What’s more, Sting will not be performing alone: Joe Summer.

If you have not already bought you ticket, hurry… just 1% of tickets remain unsold for tonight’s show: