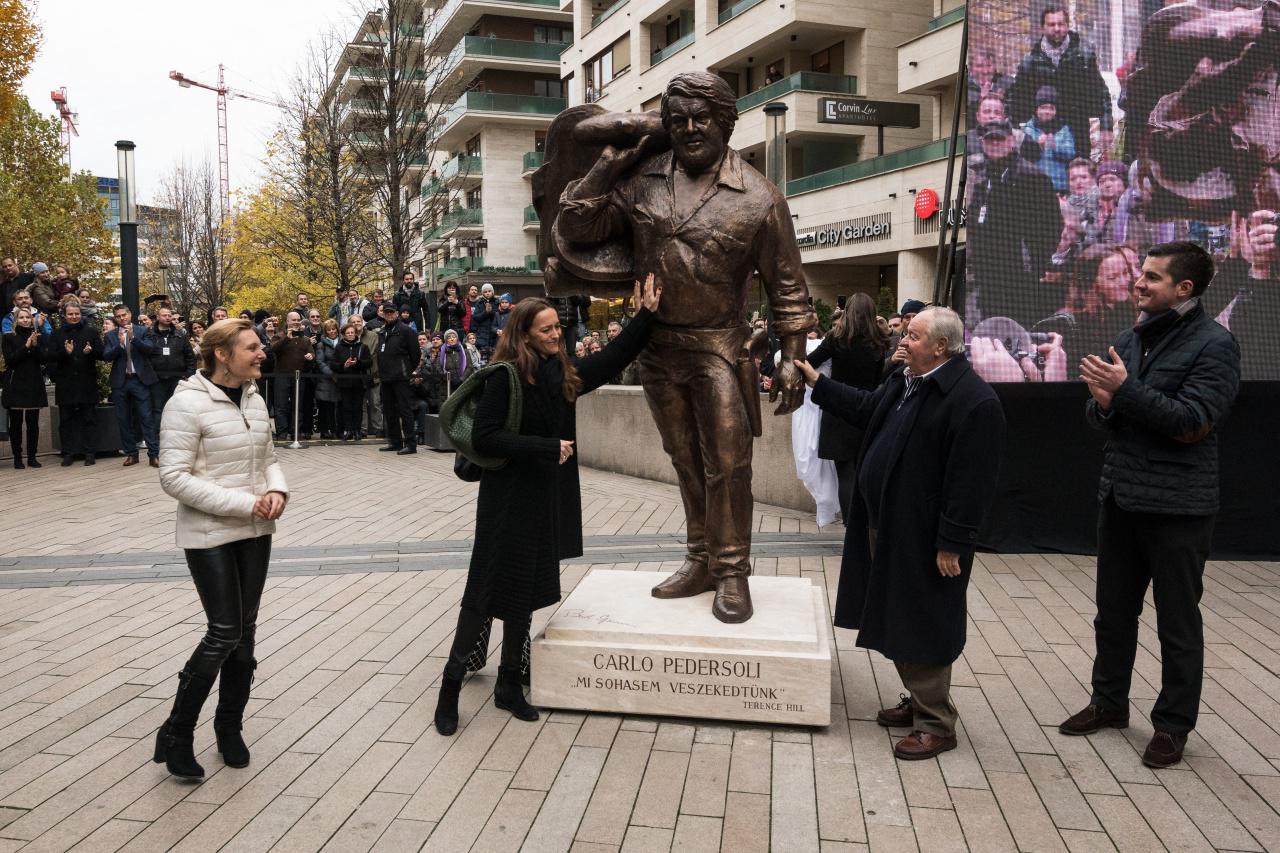 A year after his death, a massive bronze statue of the Italian-born actor Bud Spencer was unveiled in Budapest last Saturday.

The bronze statue, the first full-body one of the actor, is 2.4 meters-high and weighs over 500 kilograms.  The massive monument, created by Hungarian sculptor Szandra Tasnádi, was unveiled by his daughter, Cristiana Pedersoli, together with Spencer’s Hungarian water polo friend, three-time Olympic winner György Kárpáti.

Italian newspapers also noticed the unveileing: the Corriere even quoted the Hungarian words engraved on the base of the statue. These were Bud Spencer’s friend and collegue, Terence Hill’s words at the actor’s funeral last year: „We never fought” (“Mi sohasem veszekedtünk”).

Spencer’s Facebook fanpage also acknowledged the unveileing with a post: “THANK YOU VERY MUCH BUDAPEST AND ESPECIALLY TASNÁDI SZANDI for that fantastic statue!!! You make us really proud!”.

The spaghetti western star earned cult status in Hungary with his films during the decades of the communist regime, as a symbol of Western independence during a time when cinema was censored.

This is not the first time Hungarians have commemorated Bud Spencer, as last year the The Hungarian Two-Tailed Dog Party, a joke political party, named a public park after the Italian star in an official ceremony.

The former professional boxer and swimmer Bud Spencer, born Carlo Pedersoli, died in June of 2016 at the age of 87. He is so popular in Hungary that his personal website is available in Hungarian as well as Italian, English and German.