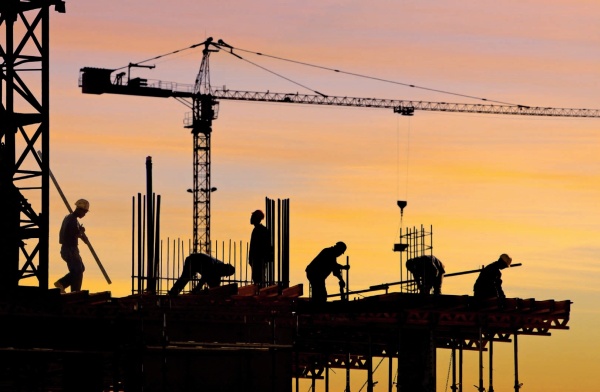 Hungary’s construction sector output fell by an annual 20.1% in January, the steepest decline in years, the Central Statistical Office (KSH) said. Output of the buildings segment was down 12.6%, but civil engineering output plunged by 28.5%. KSH attributed the drop to the high base and projects that wound up at the end of last year, the deadline for spending grants available during the last European Union funding cycle. 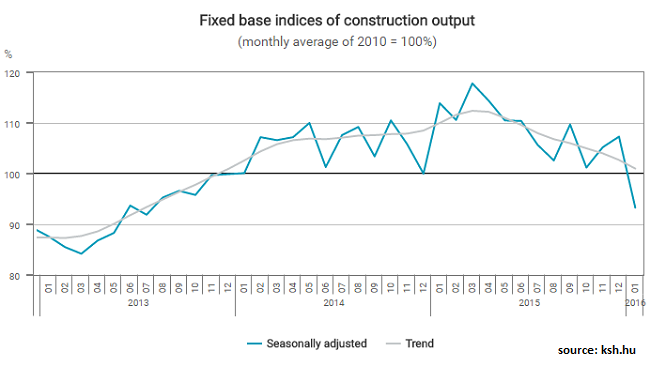 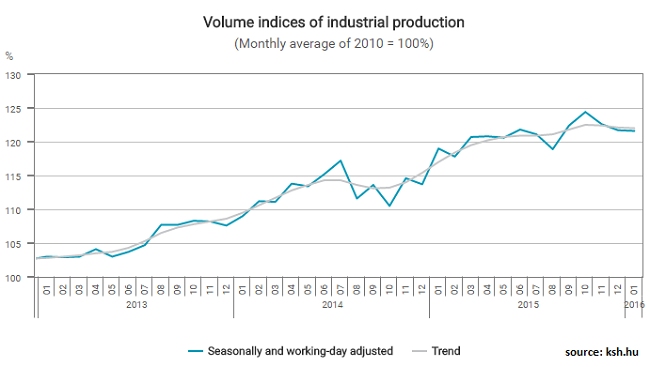 KSH also said that the volume of Hungary’s general industrial output declined by 0.2% in January 2016 compared to the same month of 2015. Although the volume of industrial export sales increased by 1.0%, production declined in six of the thirteen subsections of manufacturing. Export of transport equipment, representing more than one third of manufacturing exports, declined by 2.5%, while the manufacture of computer, electronic and optical products, the export volume went up by 18.7%.