Stats Office: Gross Wages In Hungary Up By Annual 6.6% In March 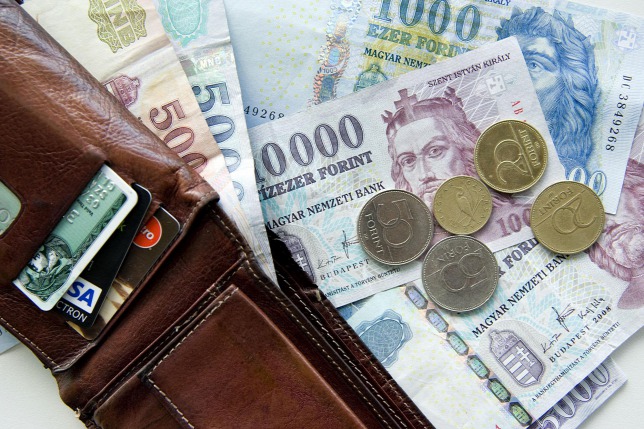 The average gross wage in Hungary was 264,318 forints (EUR 836) in March, up 6.6% from the same month a year earlier, the Central Statistical Office (KSH) said.

Net wage growth outpaced the increase, rising 8.2% to 175,772 forints due to a one percentage point cut in the personal income tax rate from January. Excluding the 170,900 Hungarians in public work programmes, the average gross wage rose by 7.2 % to 277,071 forints while net wages increased by 8.8 % to 184,253. Full-time public workers earned gross 78,847 forints on average during the month, 1.2 % less than in the same period a year earlier.

Including fostered workers, about 2,937,900 people were employed in positions requiring them to work at least 60 hours a month on average in Hungary in March, 3.3 % more than a year earlier. Excluding public workers, the number rose by 2.8 % to 2,767,000. The total number of employed, which includes Hungarians who worked for at least one hour during the week a labour survey is conducted, added up to 4,262,200 in the JanuaryMarch period.

Analysts interviewed by MTI expected continued fast wage growth in the coming months. Gergely Suppan of Takarékbank predicted gross wages could rise by 5% this year, translating into a 6.6% increase in net wages due to the tax changes. Real wages could grow by 5.7% in the full year 2016, with inflation projected at 0.9%, the analyst said. Vivien Barczel of Erste Bank said nominal wages would continue to grow apace, adding that real wage growth is expected to accelerate until the end of the summer as inflation could fall steadily until July.

Péter Cseresnyés, state secretary at the economy ministry, said real wages have been rising for 39 straight months, averaging 7.4% (6.7% in the private sector and 11% in the public sector). He said economic growth had contributed to real wage growth and that competition was picking up on the labour market for skilled workers. In the public sector, career paths are being adopted, making wages more predictable for several years in advance. He added that further career models for several professions are being devised.