European Commission Vice President Vera Jourova and Commissioner Didier Reynders bring their ideological convictions to office, which undermines the reputation of the EC, Zoltán Kovács, the state secretary for international communications, said on Twitter on Friday.

Kovács said Vice-President for Values and Transparency Jourova had “compromised herself” and shown that she is “too small” for the role of commissioner.

“When it’s about media freedom in Hungary, she knows nothing and is lying b/c she’s on the Soros payroll,” he added, referring to US financier George Soros.

“The two bring their ideological convictions to office, which undermines the reputation of the Commission,” he added.

Kovács also said that the Hungarian government continued to call for Jourova’s resignation.

Reynders said in Brussels on Friday that it was important in every country, including in Hungary, that the approval of legal and constitutional amendments should be preceded by comprehensive debate. Jourova said concerning the situation of the media in Hungary that some serious concerns had been raised affecting the freedom of speech and working conditions for the independent media. 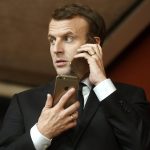