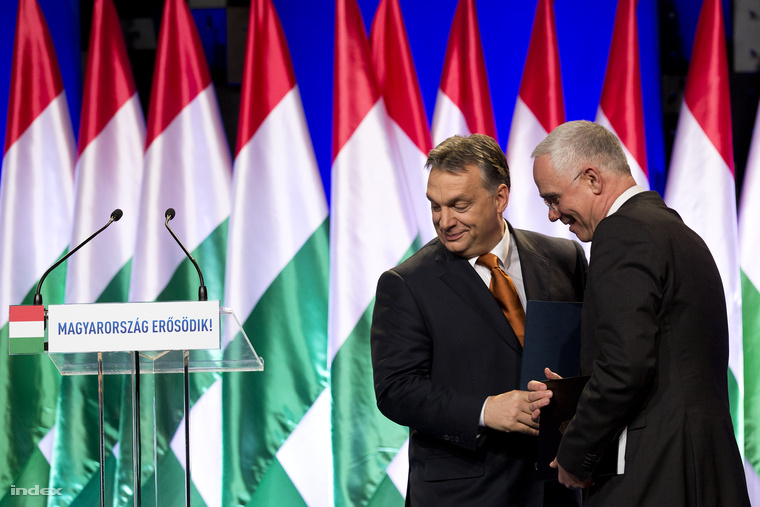 The next years will have to be about people who work hard every single day, Prime Minister Viktor Orbán stated in his State of the Nation address delivered in Várkert Bazár in Budapest on Friday.
The aim is to ensure that everyone who works is able to afford a proper living and can have an easier life as a result of his work, the Head of Government said. This is why the tax benefit of families with two children will be increased, a home creation programme will be launched, career path models will be continued, the allowances of general practitioners will be increased, new kinder gardens will be built, a new vocational training system will be established and public meals for children will be provided free of charge, the Prime Minister recited.
Parallel to the economic growth, the hundreds of thousands of hard-working Hungarians must be supported by increased competitiveness, Mr. Orbán added.
In terms of both political and economic life, the Prime Minister said that the times proceeding the 2008 financial crisis will not come back and Hungary is before others in finding the answers to the most important questions. The Prime Minister said that some values from previous times, such as democracy, must be preserved, but pointed out that Hungary let go of neoliberal austerity policies and the delusion of multiculturalism before becoming a vast refugee camp. The country shouldered unworthy attacks and gave up political correctness. “We are politically incorrect – we have common sense”, he said.
The Prime Minister also mentioned the recent Veszprém by-election, which was lost by Fidesz’s candidate, causing ruling parties to loose their two-thirds parliamentary majority. “Part of our supporters did not stand by us, there are doubtlessly unsatisfied”, he said, adding that more consultations and discussions will be necessary. In his closing words, he said that a civic Hungary can only be created if everyone works for it for whom it is important. “Those who believe that a final victory exists in democracy are wrong. The battle for a civic Hungary must be fought day and again”, the Prime Minister said.
via mandiner.hu and kormany.hu
photo: index.hu/Orsi Ajpek