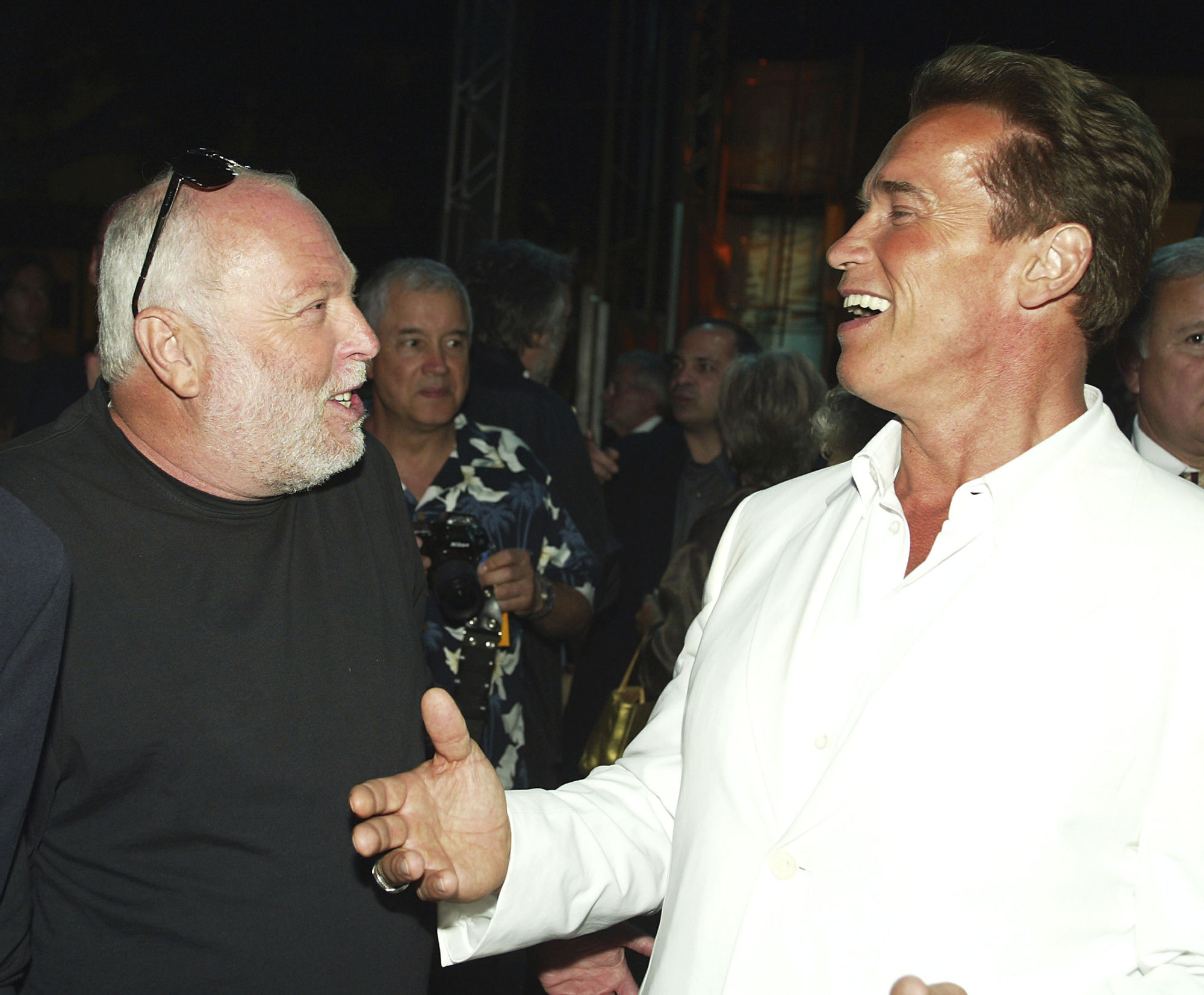 Andrew G. Vajna, the head of the Hungarian National Film Fund and the Hungarian-American film producer behind various blockbuster hits, passed away in his Budapest home at the age of 74 following a long illness yesterday. Hollywood stars, Hungarian actors, celebrities, his wife and even the Hungarian Prime Minister said farewell to him on social media.

Tímea Vajna, Vajna’s widow, shared several pictures of the producer on her Instagram. The pictures were accompanied by a heartfelt farewell in which Vajna shared that she hasn’t yet come to terms with the fact that she won’t be able to hug her husband again.

Arnold Schwarzenegger, who starred in several films produced by Vajna, tweeted his condolences, saying that “he had a huge heart, and he was one of the most generous guys around.”

Andy Vajna was a dear friend and a revolutionary force in Hollywood. He proved that you don’t need studios to make huge movies like Terminator 2 or Total Recall. He had a huge heart, and he was one of the most generous guys around. I’ll miss him. My thoughts are with his family.

Sylvester Stallone, who worked with Vajna on Rambo, also said goodbye to him on twitter:

A very very sad day … Producer ANDY VANYA , the man that Made Rambo happened, died today… LOVED this man’s courage – a pioneer. Believed In making FIRST BLOOD when no one else… https://t.co/E9HvhKHVoK

Antonio Banderas, a long-time friend of Vajna and host of Vajna’s 2013 wedding, said farewell on twitter.

Filmmaker James Cameron, who worked on Terminator with Vajna, also posted on twitter:

Andy Vajna was a great friend and collaborator. He believed in me on one of my toughest shoots, Terminator 2. I will miss him, his humor, class and style, but especially the motorcycle rides.

Along with several Hollywood stars, some of the biggest movie portals have also paid tribute to Vajna. Both Variety and Hollywood Reporter honored Vajna by placing him on the front page of their websites.

Hungarian actor Iván Fenyő remembered the producer by wishing him farewell in an Instagram post. Fenyő described Vajna as a “Father Figure, Mentor, a Good Friend, and a Great Producer to learn from.”

You meant sooo much to me. In the last few years You started to realise it, ’cause we talked about it. Father Figure, Mentor, a good Friend, and of course the Great Producer to learn from. Thank You so much for everything. For Your warmth, Your advices, Your generosity, Your way of looking at things in Life, Your teachings, Your humour, Your coolness and Your Friendship. Thank You for all the opportunities, and for our most precious private talks through hours. Thank Your for Your trust in me as a person and as an actor also. Loved those moments when we privately, face to face talked about Life, Love, Movies, Business, Women, Family, Dreams, Money, Success, Failures, Health, Happiness, Death, everything. I could ask You anything and You answered. Learned a lot. Grew a lot. Thank You for opening up to me! Thank You for Your love! This is our last pic. (remember? It was a lonely Saturday night, when we got together just the two of us at Your place, and decided to watch some movie, after I asked You many questions of course as I usually did, and were philosophising about Life..) Never used any of these pics. Kept them private. Let me put out this last one though. Hope You agree. You will always in my heart. Thank You for everything Andy! You were kind of a Father to me. Made a huge impact on my life. Will never forget You. I love You so much! God bless You! ❤️🙏🕊📿😓

Knowing Andy, he would expect us to lead the show the same way. He’d kick us in the *** if we’d say we won’t laugh, and we’re not cheerful. The whole radio is very thankful to him. He was a good leader and strategist, and everyone here liked him very much because he was a kind-hearted, good-natured man

Sebestyén added that he was unaware of the state of Vajna’s health.

Hungarian actress and Vajna’s ex-girlfriend, Dobó Kata, said her goodbyes in an Instagram post. Tímea Vajna’s sister and her husband did the same. Hungarian Prime Minister Orbán Viktor wrote the following on his Facebook page: “We are bidding farewell to the greatest Hungarian film producer. Hasta la vista, Andy! Thank you for everything, my Friend!”