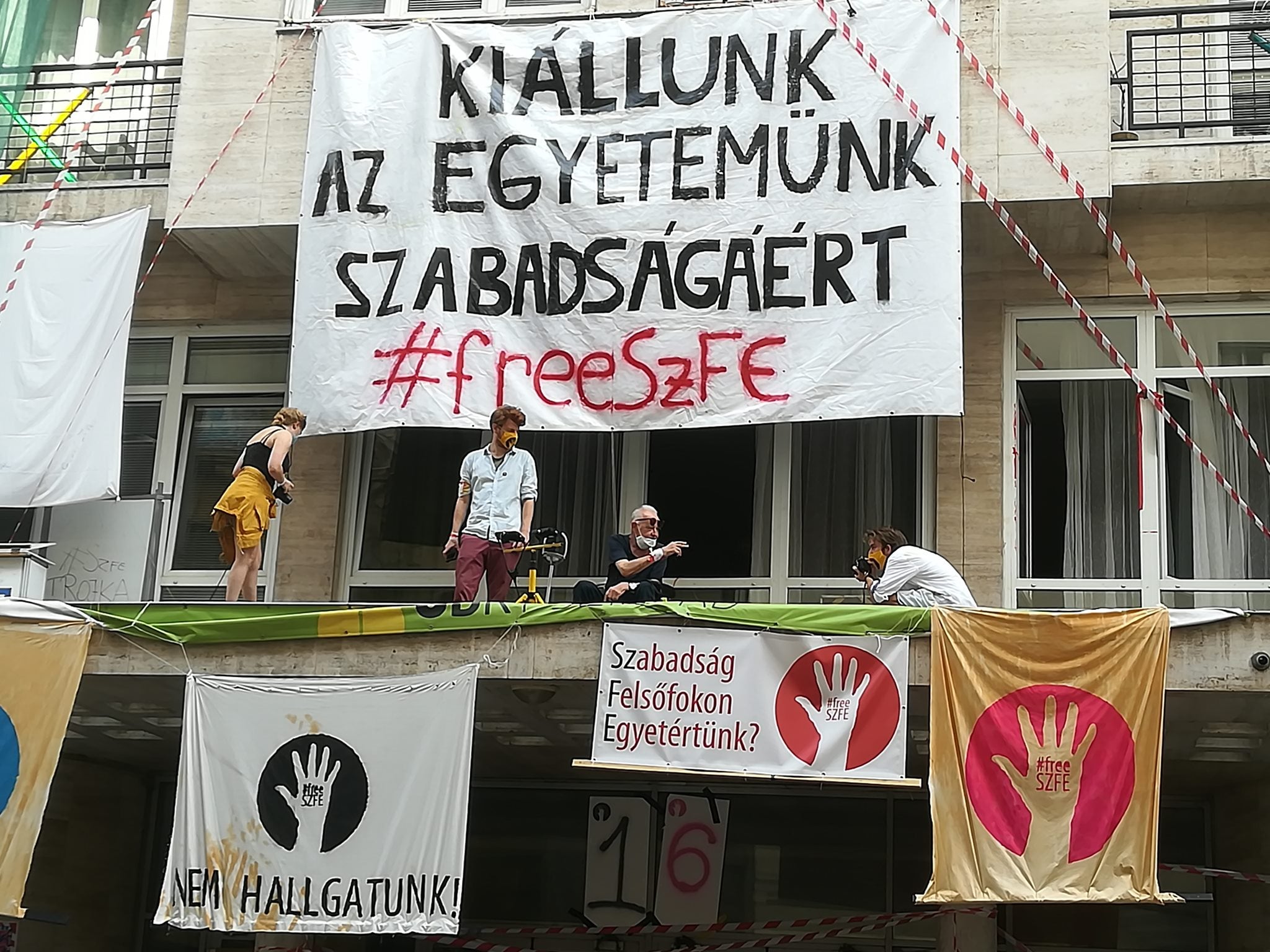 World-known artists are addressing the Hungarian government asking them to step back from the restructuring of Budapest’s University of Theater and Film Arts (SZFE), which in their view is “a full-scale culture war aimed at robbing all cultural spheres and institutions of their autonomy.”

“We, the undersigned, stand with the authentic leadership of SZFE. We ask the Hungarian government to restore to SZFE the autonomy that is essential to artistic creativity, to academic research, and to teaching.” reads the letter published in British financial daily Financial Times.

They first explain what, in their view, is going on at SZFE, arguing, for example, that “the new owners of SZFE are influential figures in current Hungarian theater and film, while at the same time, being representatives of the country’s oil refiner, MOL Group. They are all closely linked to the prime minister, Viktor Orbán.”

They criticize the way the restructuring was going as “without discussion with the SZFE senate, a new five-member board has been imposed” instituting “new regulations which deprive the senate of its decision-making powers, thereby destroying the autonomy of the institution.”

“…a huge wave of solidarity, a desperate cry for respect for universal values in a regime that systematically dismantles long-established spaces of self-governance and independence. “

“What has happened at SZFE is replicated in many other universities. It is part of a full-scale culture war aimed at robbing all cultural spheres and institutions of their autonomy. In effect, it is a privatization of public funds with the proceeds ending up in the pockets of clients of the prime minister,” the communique states.

This is not the first time that famous international artists have sided with the university, however. More than one hundred European playwrights, including world-renowned international ones such as Caryl Churchill, Sir David Hare, Mark Ravenhill, Marius von Mayenburg, and Martin McDonagh, also sided with SZFE’s students in a similarly toned, freshly-published letter. They call up on the EU’s institutions and the leaders of their own countries to take steps and exercise pressure for the restoration of the university’s autonomy.

As of now, SZFE’s case is at a stalemate. The university’s building in the 8th district is guarded on rotation by renowned figures of the Hungarian artistic life. Today, for example, former National Theater director Róbert Alföldi will have a turn. Teaching has been kick-started, although in an alternative way.