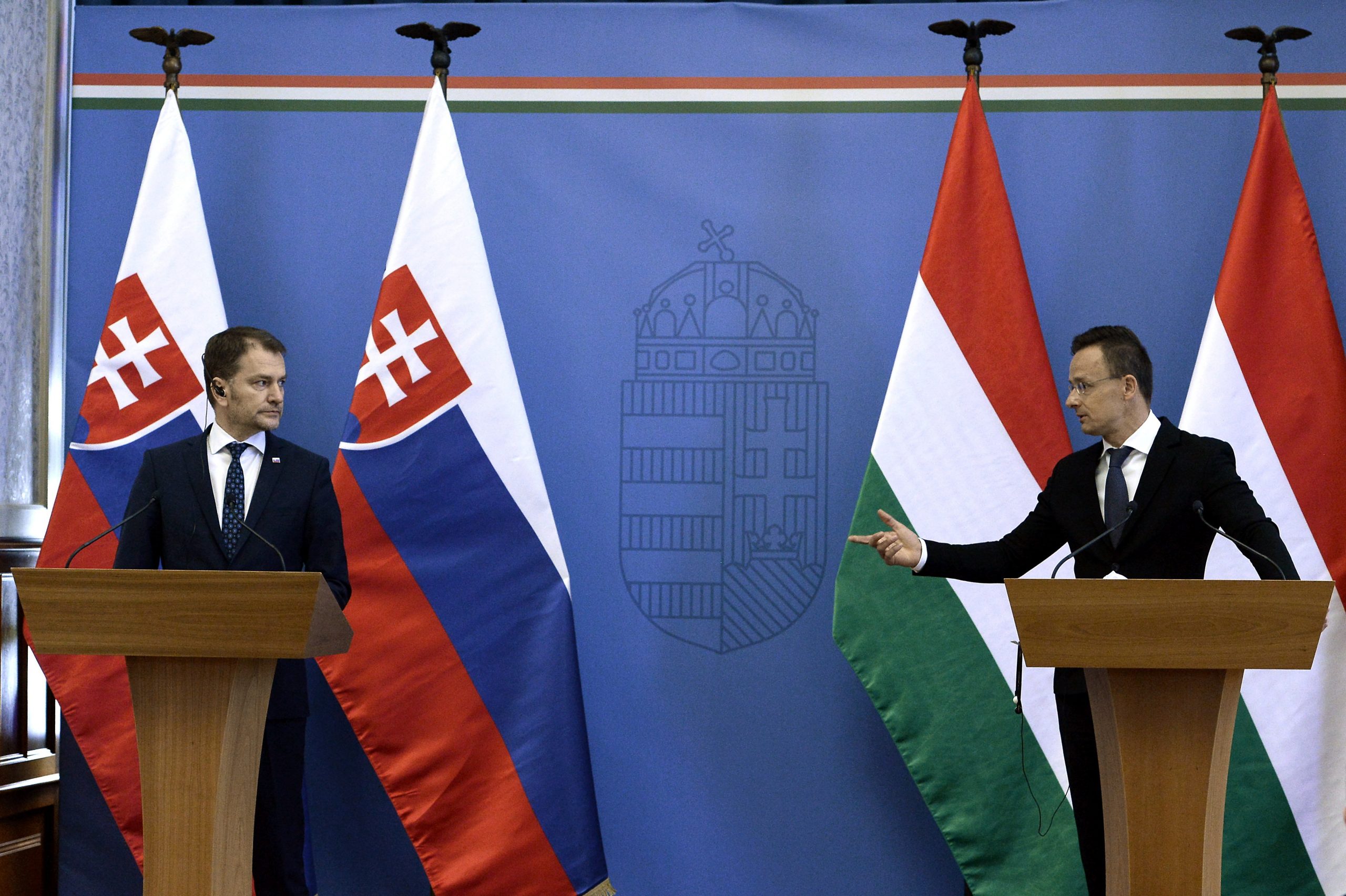 Slovakia has ignited a controversy around the Russian Sputnik V vaccine after its drug testing agency not only announced that it cannot license the vaccine due to missing information, but even asserted that the Sputnik V doses currently in use around the world are only the same in name, not composition. Despite Sputnik V’s producers demanding the return of their vaccine over the statement, Hungarian authorities have promised to help Slovakia test the Russian vaccine in EU approved labs. Meanwhile, multiple countries in Europe have begun preparations to purchase the vaccine through bilateral deals with Russia.

According to Slovakia’s State Institute for Drug Control (ŠÚKL), the Gamaleya Institute did not provide them 80 percent of the information necessary to test Sputnik V. This led the institute to ultimately decide not to license it “due to an amount of missing data from the producer, inconsistency of dosage forms, and (the) impossibility of mutually comparing batches used in various studies and countries.”

According to Slovakian-Hungarian portal Paraméter.sk, ŠÚKL contacted Hungary’s National Institute of Pharmacy and Nutrition (OGYÉI) about the missing information, but citing its secrecy contract with Gamaleya, OGYÉI said that it could not help.

ŠÚKL did acquire the documents which the Sputnik V manufacturer sent to the European Medicines Agency (EMA) for a rolling review, based on which it could confirm that the doses sent to Slovakia were not the same as those which were sent to EMA.

In fact, the statement made by ŠÚKL asserts that the various Sputnik V doses in use around the world are only the same in name.

Former Slovakian Prime Minister Igor Matovič planned to make Slovakia the second EU country to start using the Russian vaccine, due to the critical delays in the EU’s vaccine orders.

He acted behind the back of his coalition partners in order to obtain the vaccine shipment, leading to a coalition crisis that forced him to step down to the position of Minister of Finance and Deputy Prime Minister.

According to Matovič, Slovakia ordered 2 million doses of Sputnik, and even though 400,000 more doses were allegedly due in March, no further shipments arrived after the first 200,000.

Although Slovakia has announced that it is waiting for further information to conclude its tests, it appears doubtful that it will be receiving the Russian vaccine. 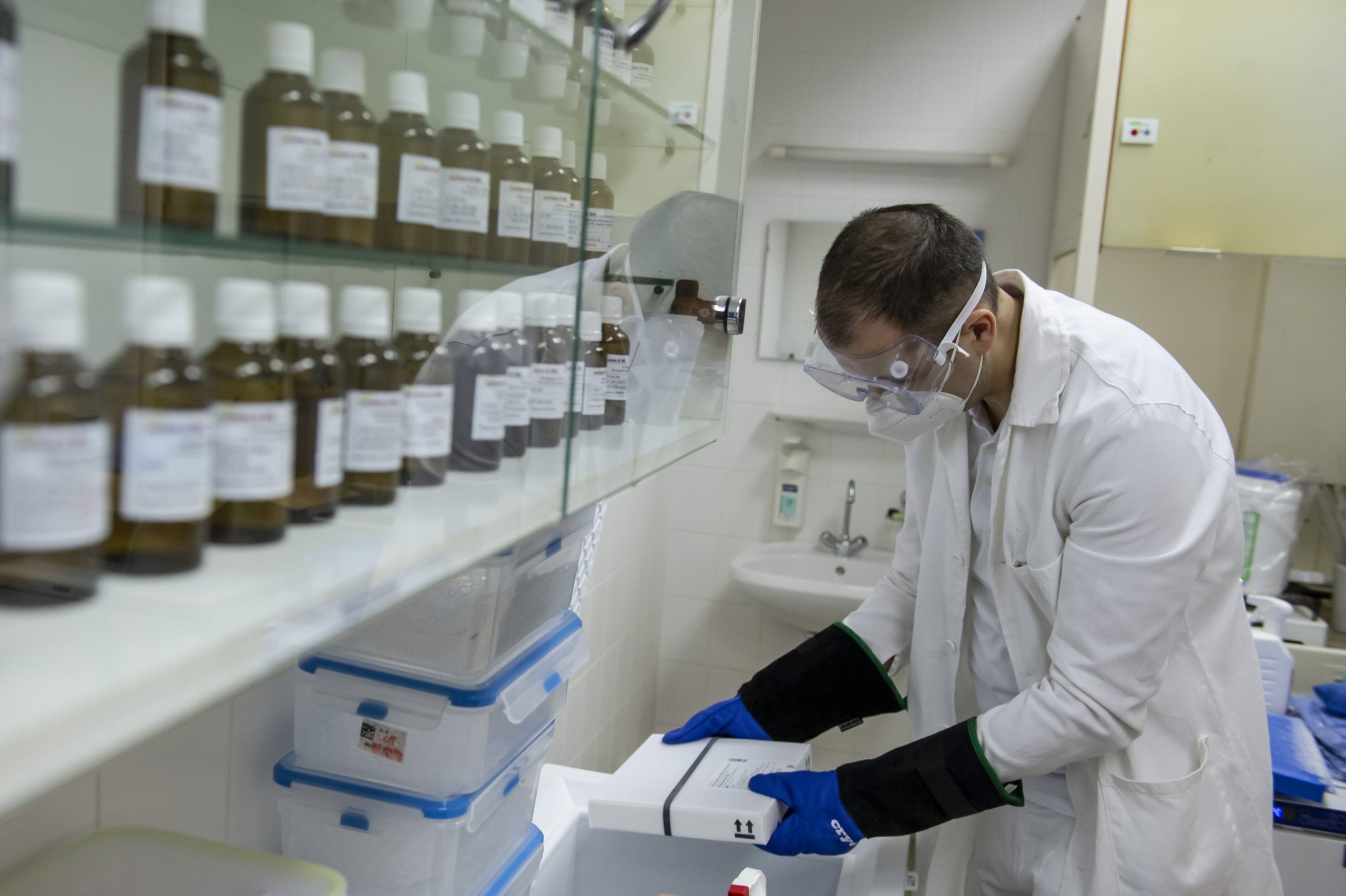 The Russian coronavirus vaccine is “reliable and safe”, the head of the National Medicines and Food Health Institute (OGYÉI) told public television M1 on Saturday, adding that application of the vaccine in Hungary could start “as early as next week”. Mátyás Szentiványi cited British medical journal Lancet calling the vaccine safe and 92 percent effective […]Continue reading

Last Thursday, the Russian Direct Investment Fund (RDIF) responsible for financing and producing Sputnik V, announced that due to a breach of contract, Slovakia must return the vaccine doses delivered to it. The fund also called for the vaccine to be tested in an EU certified laboratory.

RDIF has requested the Slovak government to send the vaccine to the EU certified laboratory for testing (part of the OMCL network) and has sent a letter on April 6, 2021 asking to return the vaccine due to multiple contract violations so that it can be used in other countries.

The breach of contract, according to Sputnik V’s Twitter page, is due to ŠÚKL testing the vaccine in a laboratory which is not part of the EU’s Official Medicines Control Laboratory network.

Despite the RDIF demand to return the vaccines, Igor Matovič had a meeting with Minister of Trade and Foreign Affairs Péter Szijjártó on Friday, where Szijjártó told the now deputy prime minister that Hungary will help Slovakia test the ordered Sputnik V doses.

Matovič thanked Hungary for its help, and especially for allowing the use of a Hungarian Official Medicines Control Laboratory (OMCL) to be used for the tests, since these are not available in Slovakia. Matovič said it was a mistake not to test the vaccine in an EU approved laboratory.

The now minister of finance later met with Prime Minister Viktor Orbán as well. The two of them posted a video message announcing Hungary’s decision to help Slovakia test and acquire the Russian vaccine.

German health minister Jens Spahn announced that Germany will begin bilateral negotiations with Russia around the acquisition of the Sputnik V vaccine, separately from the European Union.

Spahn told Westdeutscher Rundfunk’s (WDR) national radio station that the decision came after the European Commission told the union’s health ministers on Wednesday that it is not planning to acquire any of the vaccine.

The health minister emphasized that the main condition is that the Russian vaccine should have an EU license, and therefore all data must be shared with the Union.

The impact of the pandemic is grave for the countries of the Visegrád Group, who have chosen not to follow the vaccine procurement plan of the European Union. Like Hungary, they have instead begun turning to China and Russia for vaccines. Slovakia has ordered two million doses of Sputnik V, and the Polish government has […]Continue reading

On Sunday, French Secretary of State for European affairs Clément Beaune told RTL radio and LCL news’ joint broadcast that Spahn’s statement is a “communication trick,” motivated by the German government’s need for more support in the upcoming election.

Austria is also in talks with Russia to purchase 1 million doses of Sputnik V, but no official decision has been made, reports Die Presse.

The article emphasized that the rolling review of the Russian vaccine is still underway, and that Austria will only authorize vaccines which it is certain will be effective and safe.

The suspicions around the Sputnik V vaccine have impacted Czechia as well, where two officials were dismissed for their opposition to the Russian vaccine.

Health Minister Jan Blatný was dismissed by Prime Minister Andrej Babiš after he stated that “as long as I am the leader of the ministry, Czechia will not use vaccines which are not authorized by the European Medicines Agency.”

The coronavirus vaccine is not an ideological issue and the acquisition of vaccines from China and Russia has greatly helped speed up Hungary’s vaccination drive, Foreign Minister Péter Szijjártó said in an interview with the Russia Today TV channel posted on his Facebook page on Sunday. Szijjártó said in the interview that by Sunday morning […]Continue reading

In the featured photo, Minister of Foreign Affairs and Trade Péter Szijjártó holds a joint press conference with Deputy Prime Minister of Slovakia and Minister of Finance Igor Matovič on April 9, 2021. Featured photo by Lajos Soós/MTI