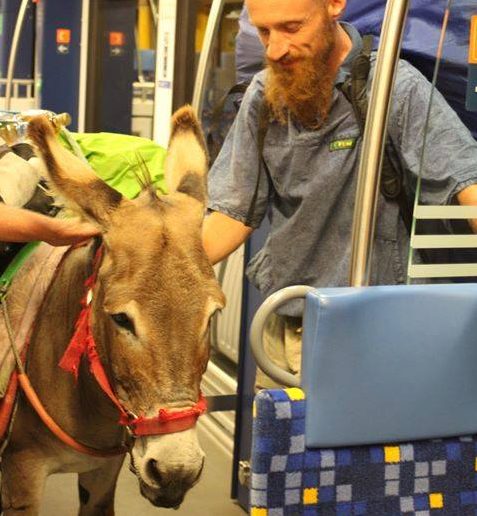 During the long weekend, the Hungarian Railway had quite a surprising pair of passengers: a donkey and a goat. No, it is not the first line of a joke: although the conductors were watching, somehow the owners of the animals managed to get on the train with them and travel two stops with the special passengers.

The couple said, they were “late as usual,” but this time the “much-deservedly scolded MÁV turned out to be our friend for two stops,” and let them travel with the animals for a 10 kilometer long journey. There is even a video of the fully packed donkey (Rocinante) and the goat (Bolha) leaving the coach:

However, the owner, Roland Banka who also shared the video and pictures on his official Facebook page, had other special adventures with the donkey, Rocinante: he traveled with the animal for five years like a “modern Don Quijote” in a nomadic way, walking on the Camino de Santiago pilgrimage in Spain.

finds it somewhat odd that no-one gave a sh*t about our thousands of kilometers of walking without navigation (sleeping in the freezing weather, crossing the Pyrenees in  neck-deep snow, selling our craft-jewelries on a donation basis, minimizing the use of money, my previous philosophical writings, our lecture/talk series last year, etc.) but the internet is full of our 10 km train ride…

After five years of roaming, working in pilgrimage homes, living in communes, working as a street musician, walking with other people and alone with the donkey and his thoughts, he decided in 2018, that it was time for a change. He walked back to Hungary with the donkey to try and share his experiences with those who are interested in them. 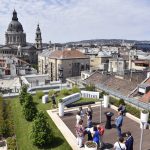