Spanish authorities have been searching intensively since Wednesday for two Hungarian tourists gone missing on the island of Mallorca, local newspaper Diario de Mallorca said at the weekend.

The paper said the two Hungarian siblings, an 18-year-old man and a 30-year-old woman, had been reported missing from their hotel of the Cala d’Or resort on the south-east of the island.

The identities of the two have not been officially confirmed by the authorities.

The authorities said the coast guard’s patrol boats, divers, the helicopter of the gendarmerie as well as volunteers had been involved in the rescue effort, so far with no success.

On Wednesday, there was torrential rain on the Balearic Islands and Catalonia. Two people died and six have been registered as missing.

Hungary’s chief consulate in Barcelona is in contact with the local police and the family regarding the missing Hungarian tourists, state secretary of the Hungarian Foreign Ministry Tamás Menczer said on his Facebook page on Sunday, adding that his colleagues are at the disposal of the family and the police. 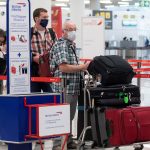