“Sovereigntists” Versus “Unionists”: PM Orbán On The Struggle For Europe – Video! 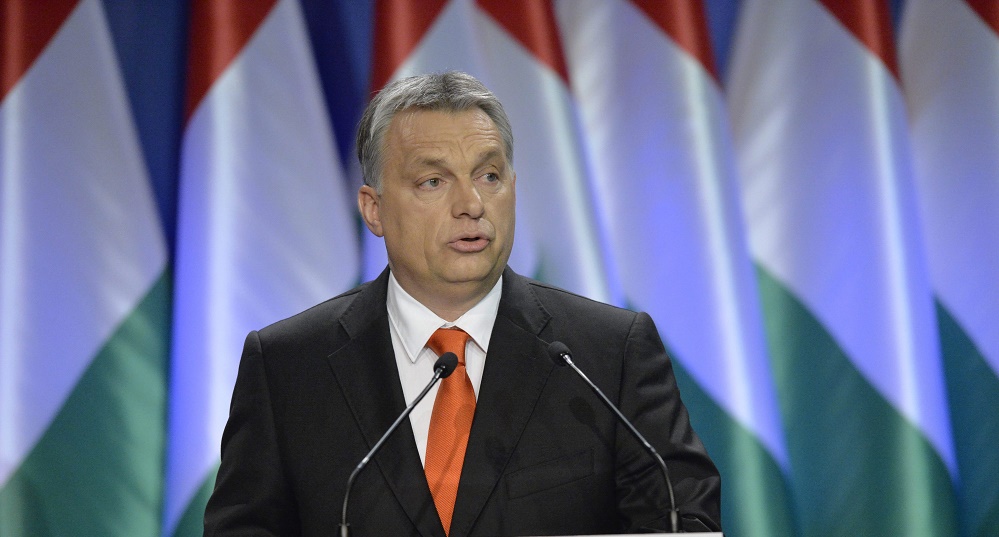 “The era of building a civic Hungary based on national-Christian values has begun”, Prime Minister Viktor Orbán said in a state of the nation speech held in Budapest’s Várkert Bazaar on Sunday afternoon. “Now is the time to act, to create; now it makes sense to be brave, “to step steadily” and move forward purposefully, with self-confidence”, Orbán said. The Hungarian Premier also said the fate of Europe is depend on the outcome of the political struggle between those who would create a federal superstate and those who rather believe in the alliance of free and sovereign nation states.

Hungary closed the era of stabilisation in 2014 and has taken a “flying start” into a new period, he added. The public and private sectors can only support wage rises that come from improved economic performance, Orbán said. This is why the government has made improving economic competitiveness one of the most important tasks of the coming years. Today, the country is able to ensure that everybody takes a step forward every year, but the length of these steps, that is, the size and pace of wage rises are bound by the limits of economic performance, he said. Orbán said modern-age migration threatens not only past achievements but also future possibilities. Financial stability, economic convergence, foreign policy, public peace, order and national culture have come under threat, he added.

Orbán also discussed the principles of his government’s foreign policy, which he said include peace, cooperation, trade, mutual investment, regional balance and national interests. He said Berlin, Moscow and Ankara represent the three points of reference for Hungary’s foreign policy and Hungary must not allow being dragged into international schemes against Germany, Russia or Turkey. Orbán urged the reinforcement of Hungary’s lines of border defence. If we must, we will defend our border along its entire length, from Slovenia to Ukraine, he said. Europe’s future is not endangered mainly by migrants, but by the political, economic and intellectual leaders that are trying to reshape Europe and the people of Europe, he said.

The world citizens of the political and intellectual elite in Brussels and a few European capitals are standing against the majority of people with national sentiments, he added. Orbán said migration could be stopped but the problem is that Brussels lacks the will to protect itself. It is not too late for Brussels to understand that it is crucial to face reality instead of pursuing dreams, Orbán said. The reality is that a world of “parallel societies” has been under construction in many European countries for quite some time and these societies have suppressed “our world” because new arrivals “have no wish at all to take over our way of life, since they believe theirs to be more suitable”, Orbán said. “Brussels most be stopped”, he said, adding that in the European Union “unionists” and “sovereigntists” compete with each other and “Hungary belongs to the latter camp”.

Opposition parties voiced criticism of Prime Minister Viktor Orbán’s state of the nation speech on Sunday. Radical nationalist Jobbik said after the speech that the prime minister had lost touch with reality and was “living in a virtual Hungary”. Jobbik spokesman Ádám Mirkóczki said the reality is that there are some villages and city districts in Hungary where the parallel societies that Orbán said were unimaginable exist, and where “the law does not apply”. Socialist Party leader József Tóbiás said Orbán failed to address real social problems in his speech, which shows that he cannot be expected to provide a solution. “Viktor Orbán is lost”, Tobias said in a statement, adding that there is a large gap between Orbán’s speech and reality.

Meanwhile German Chancellor Angela Merkel said in a television interview that she disagreed with Hungarian PM Viktor Orbán’s referendum proposal on migrant quotas. Speaking on ARD channel on Sunday, Merkel said the policy of open borders for migrants would remain. Merkel dismissed a “rigid limit,” saying that “there is no point in believing that I can solve the problem through the unilateral closure of borders.”

“I have no plan B,” she said, adding that she was convinced she was on the right track with efforts to redistribute refugees within Europe, while addressing the problems causing people to flee to the continent: “I am fighting for this approach”, she insisted. “Viktor Orbán wants to hold a referendum on 1294 refugees arriving to Hungary, while there are 160.000 refugees to relocate in Europe. Not to mention Hungary’s quota could be even more less, because  the country is also dealing with Ukrainian refugees.”, Merkel noted. “It is a matter of principle, I can do nothing else but reject this procedure”, she said.