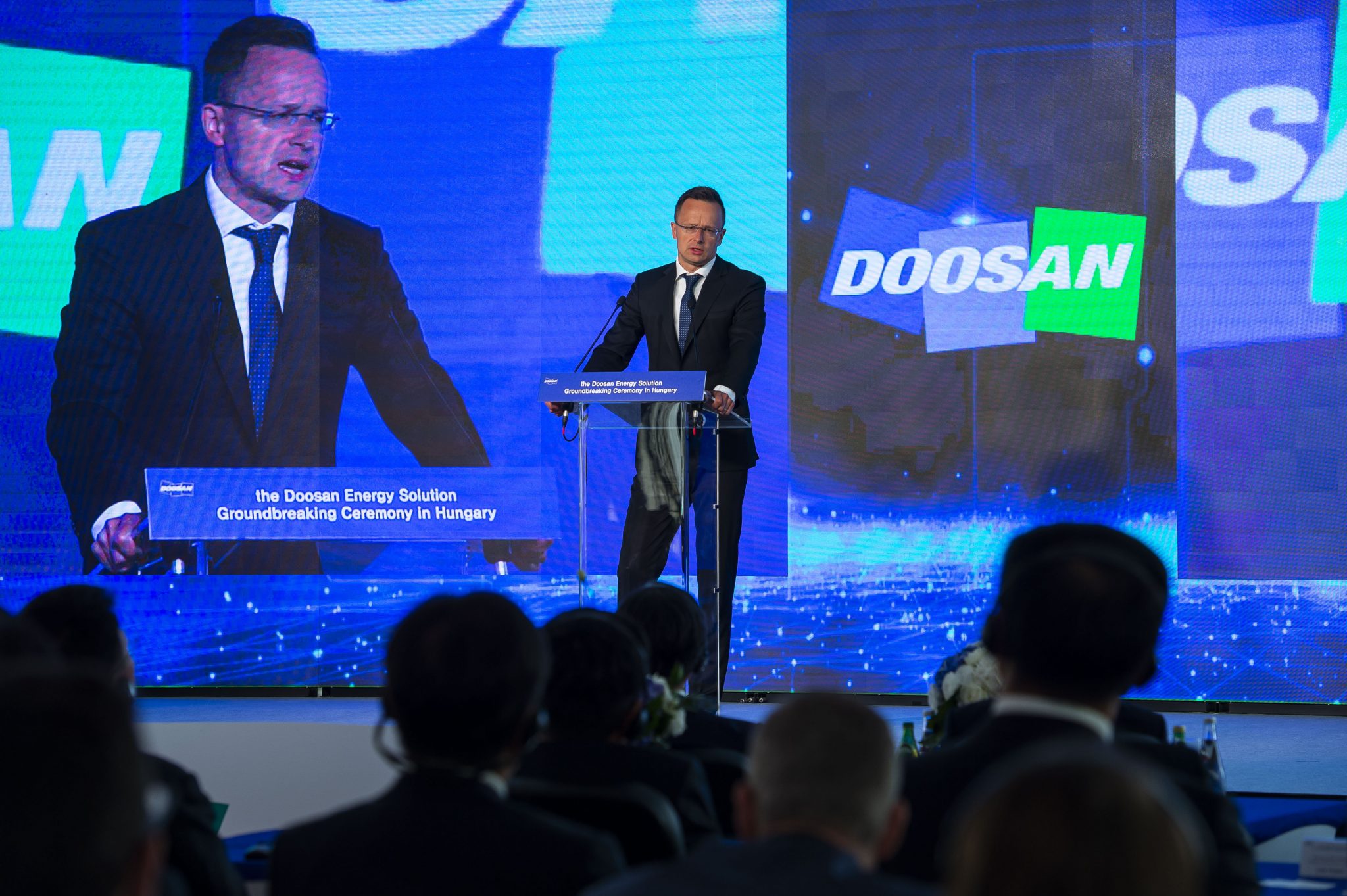 Péter Szijjártó, the minister of foreign affairs and trade, noted that the government is supporting the investment, which is creating 181 jobs, with a 4.7 billion forint grant. The plant will turn out 50,000 tonnes of copper foil a year when it reaches full capacity, enough to make batteries for some 2.2 million electric vehicles.

Szijjártó said the investment was record-breaking for a South Korean company in Hungary, and he noted that the country was Hungary’s biggest foreign investor in the first half of the year, with 350 billion forints invested in total.

“This is the first time in the last five years that South Korea has come top in terms of investment value and new jobs, rather than Germany,” he said. Bilateral trade rose by an annual 50 percent in 2018 and by 41 percent in the first six months of 2019, he added. With the current investment, Doosan will be a major supplier to the European market, he noted.

Hyunsoo Dong, vice-president of Doosan Corporation, said its Hungarian plant, built on 144,000 square metres, would be geographically the closest to prospective customers. The site is big enough for the plant’s capacity to be doubled later on, he added.

Local Fidesz lawmaker János Bencsik noted that the Tatabánya Industrial Park was established 25 years ago. Besides the automotive industry, it is home to world-class investors in health care and the green sector as well as plastic industries, he said.