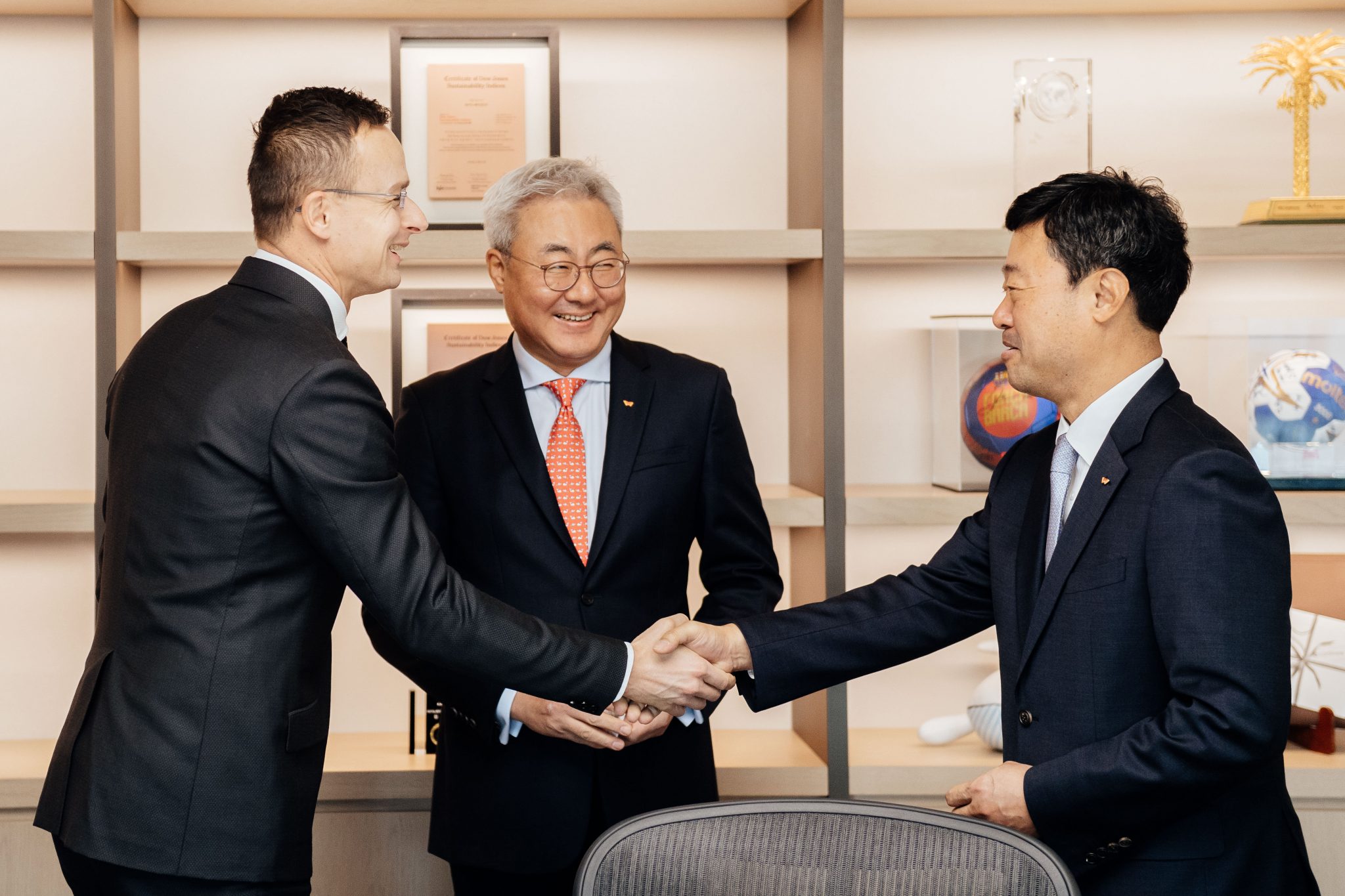 The agreements on the investments were signed on Thursday.

The total value of South Korean investments in Hungary is expected to reach a record 900 billion forints this year, with the bulk of the investments being made in the auto and health industries, the minister said. This will make South Korea Hungary’s largest foreign investor in 2019, he added.

The minister said the auto industry was the backbone of the Hungarian economy, noting that the sector accounted for 30 percent of the country’s industrial output.

It is therefore crucial that Hungary be capable of attracting high-tech investments that create high value-added jobs in the era of electro-mobility as well, Szijjártó said, adding that South Korea was the clear leader in the global electric auto sector.

Hungary has clearly become “the European flagship” of the new era of the auto industry, Szijjártó said, noting that a large chunk of the electric vehicle batteries used on the continent are being made in the country.

He said the “success story” that is Hungarian-South Korean cooperation would contribute significantly to the modernisation and “dimensional shift” of Hungary’s economy.

In contrast to global and European trends, the output of Hungary’s auto industry has increased by 14 percent so far this year, largely thanks to the recent South Korean investments, he said.

Szijjártó is scheduled to hold talks with representatives of a number of major South Korean companies throughout the day.

In the featured photo: Minister Szijjártó with SK Innovation representatives. Photo by Mátyás Borsos/Ministry of Foreign Affairs and Trade