To Soros or not to Soros? Will Orbán’s Fidesz Party Scale Back its ‘Stop Soros’ Campaign After its Defeat in Hódmezővásárhely? 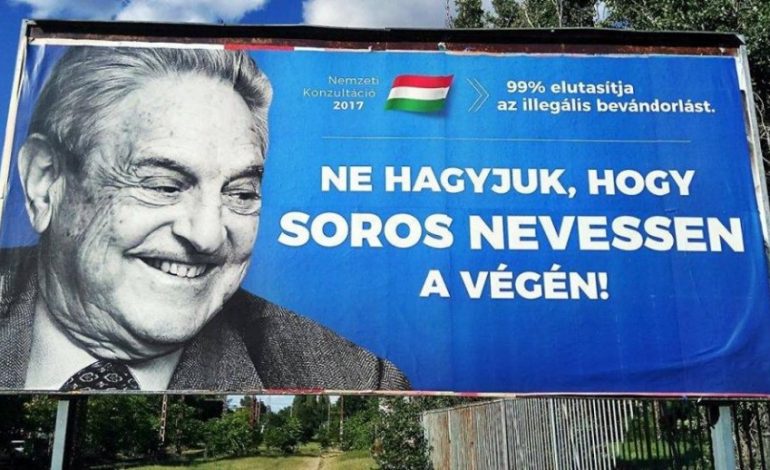 In the wake of last Sunday’s mayoral election defeat in Hódmezővásárhely, opposition leaning Magyar Nemzet has aired an alleged confidential appeal from Fidesz headquarters to their local and national politicians to stop posting anti-Soros remarks on their websites and social media outlets.

Hódmezővásárhely’s mayoral by-elections, which ended in the surprising upset victory of Péter Márki-Zay, the joint opposition candidate who beat Fidesz politician and Deputy Mayor Zoltán Hegedüs by nearly 16%, has left Fidesz concerned about their campaign, which has largely focused on the supposed dangers of migration and Hungarian-American businessman George Soros. According to Magyar Nemzet, the Orbán government has apparently found that the Stop Soros campaign has backfired, and its experts are reportedly working on an alternative.

Indeed, since the party’s electoral defeat, Fidesz communications and even Orbán himself (when briefly interviewed by HVG on Monday) haven’t mentioned the businessman, while left-liberal news site Index published a selection of Fidesz members’ social media posts from the beginning of this week, in which they make comments about focusing on positive messages, instead of migration and condemnation of George Soros.

Speaking on pro-government Echo TV, András Bencsik, a TV-host, publicist and one of the organisers of pro-government “Peace March” rallies, seemed to confirm this theory when he argued that claimed that the government

should stop this grade-school level Soros-ing.

Even more surprisingly, this sentiment was echoed by the controversial Fidesz journalist Zsolt Bayer, a man who has, in the past, talked about beating up opposition party members, and who once claimed that every refugee over the age of 14 was a “potential killer”. 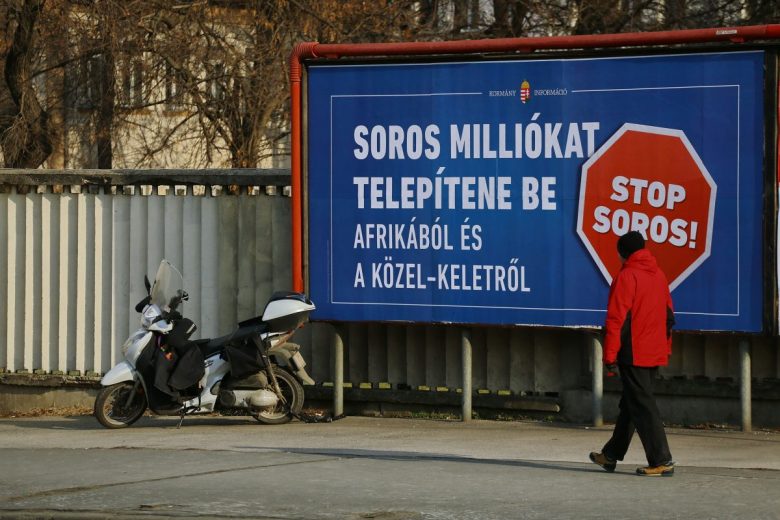 It would seem that the new messaging has not yet reached everyone in the party, as Fidesz MP Szilárd Németh has continued to claim that green party LMP’s PM candidate Bernadett Szél is  a ‘Soros-agent’ and thus a national security risk. These comments were made during a National Security Committee meeting which reconvened after weeks of stalemate because Németh, who is the vice-president of the Committee, and other Fidesz MPs boycotted the committee meetings in protest against Szél’s presence (the LMP politician is herself a member of the committee).

And at a press conference on Wednesday, Prime Minister’s Office (PMO) State Secretary Csaba Dömötör categorically denied that the government would stop its ‘Stop Soros’ campaign and switch to a more positive stump, insisting that the stake of the upcoming elections is still the supposed Soros plan (whose existence has been repeatedly denied).

Likewise, Fidesz’s latest campaign video would seem to also contradict claims that the party is planning on moving in a more positive direction before the elections.  The video opens with scenes of the migration crisis and people shouting ‘Allahu Akbar’, then portrays opposition leaders as being under Soros’ control, suggesting that if they were elected the same scenes would be repeated. In addition, Fidesz’s official website recently responded to comments made by the Socialist-Párbeszéd alliance’s PM candidate Gergely Karácsony by declaring that Karácsony is a Soros agent.

In addition, in his weekly press briefing, PMO Chief János Lázár Minister confirmed that the government probably won’t give up its anti-Soros campaign, as at one point he repeated Fidesz’s main campaign slogan, which claims that after April 8 either them (Fidesz) or Soros will form a government.