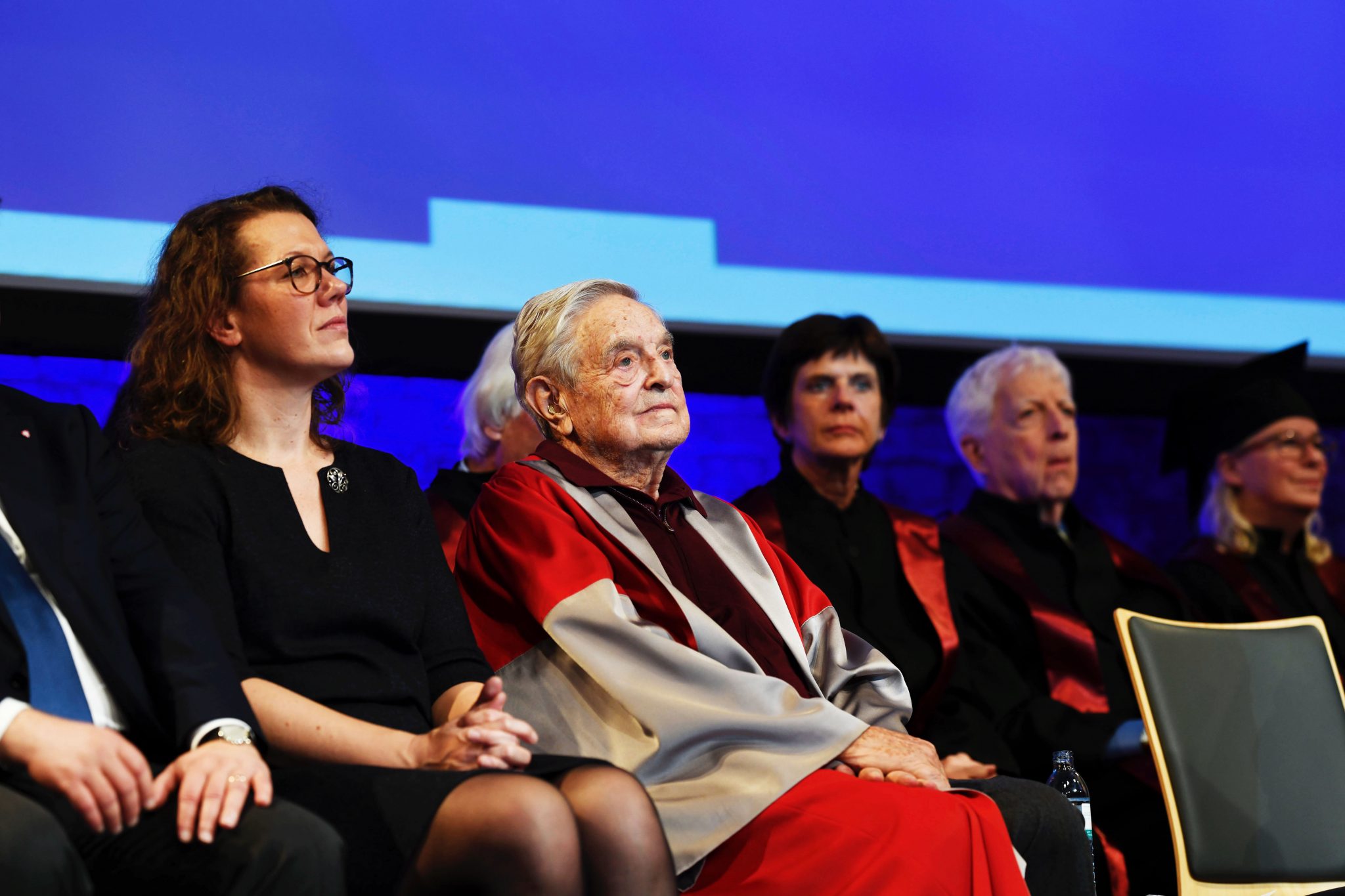 On Tuesday afternoon, liberal Magyar Narancs published an interview with billionaire American-Hungarian financier George Soros, in which he yet again formed strong opinions on Orbán. Reacting to this, Fidesz’s parliamentary group leader posted a photo from the Kádár era to prove the prime minister’s commitment to democracy and his stance against dictatorial regimes.

The following extract is from an interview by Magyar Narancs on the occasion of George Soros’ 90th birthday. They talked about Soros’s foundations, the expulsion of CEU, and his views on the EU and Hungary.

In response to a question about the reasons behind CEU’s expulsion and the Open Society Foundation having to leave Budapest, Soros’s answer included a comparison between Lukashenko and Orbán.

“When he expelled the Foundation and the University, Orbán did nothing else, just followed Lukashenko’s example – it first happened in Belarus that the foundation was banned, and Lukashenko was the one to expel the European Humanities University from Minsk. It seems like Orbán is his best student.”

“The old American speculator, George Soros believes that Viktor Orbán is ‘Lukashenko’s best student.’ In this picture, Viktor Orbán’s relation to dictatorship can be observed very clearly. This is the Fidesz’s response to George Soros’s lie.”

The picture shows Viktor Orbán after a protest against Kádár’s dictatorship. The protest was organised on the anniversary of martyred prime minister Imre Nagy’s execution on 16th of June 1988, and the picture shows Orbán being forced to a police car with a truncheon. The protest is important due to the role Imre Nagy played in Hungary’s 20th-century history. He was a Hungarian communist politician and prime minister between 1953 and 1955. During the 1956 revolution, he sided with the Hungarian people, for which he was subsequently executed. In the following Kádár era, it was forbidden to even mention his name – on the other hand, Nagy became a symbol of resistance. Thus, protesting and commemorating his death before the regime changed meant commitment against the Soviets and against dictatorship. 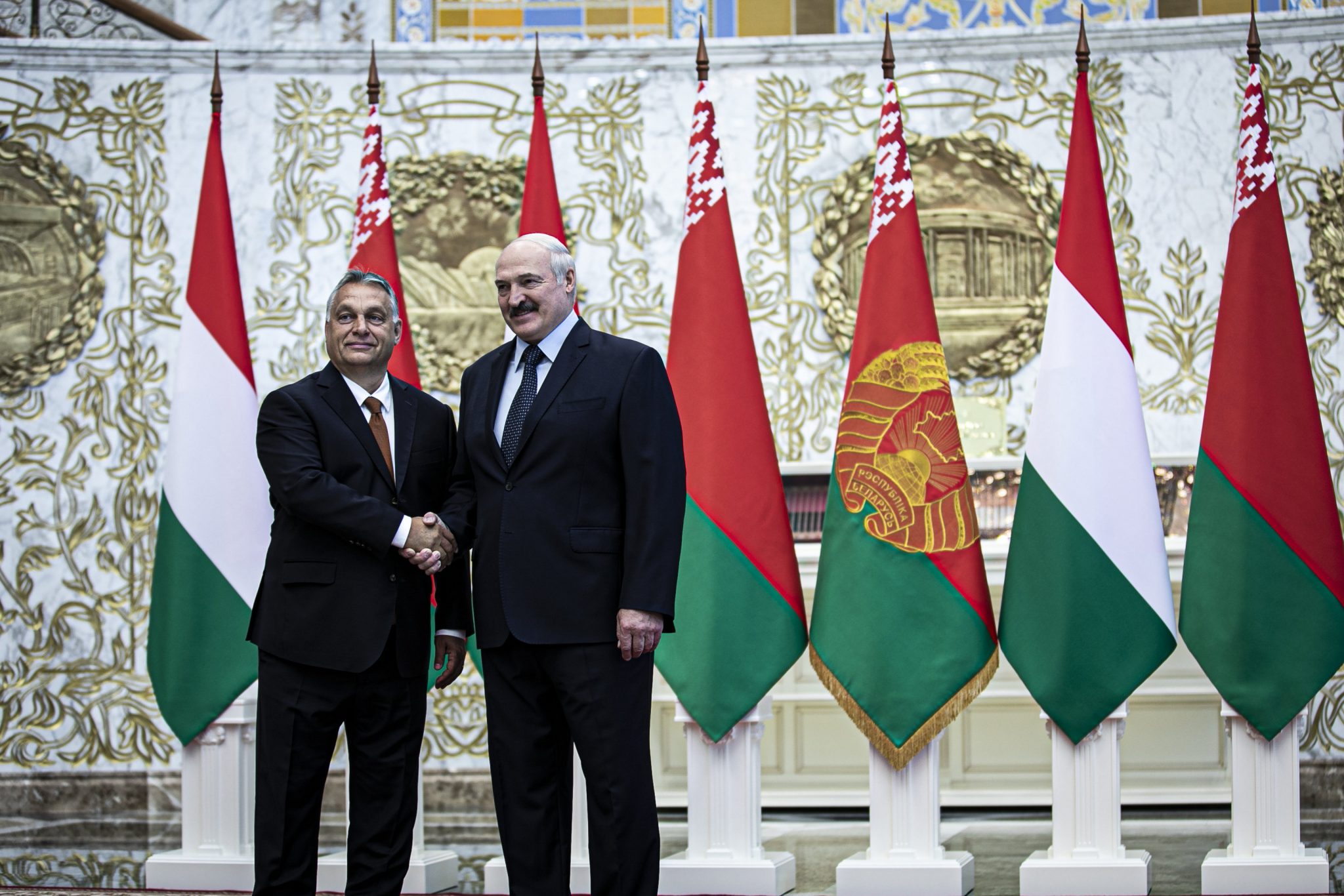 Prime Minister Viktor Orbán urged the development of political and business ties with Belarus during talks with President Aleksandr Lukashenko in Minsk on Friday. At the start of the talks during which reporters were present, Orbán called it an honour to be the first Hungarian prime minister to pay an official visit to Minsk. “We […]Continue reading

Up until Wednesday morning, the Orbán government did not take a stance on the election in Belarus and the brutal attacks of Lukashenko’s police.  All that can be known is that, based on Foreign Minister Péter Szijjártó’s short statement, Hungary is backing Poland’s call for the presidential election in Belarus to be repeated with international monitoring. Later on Wednesday, PM Orbán called for the EU to draw up a geostrategic plan that would contain military and economic aspects.