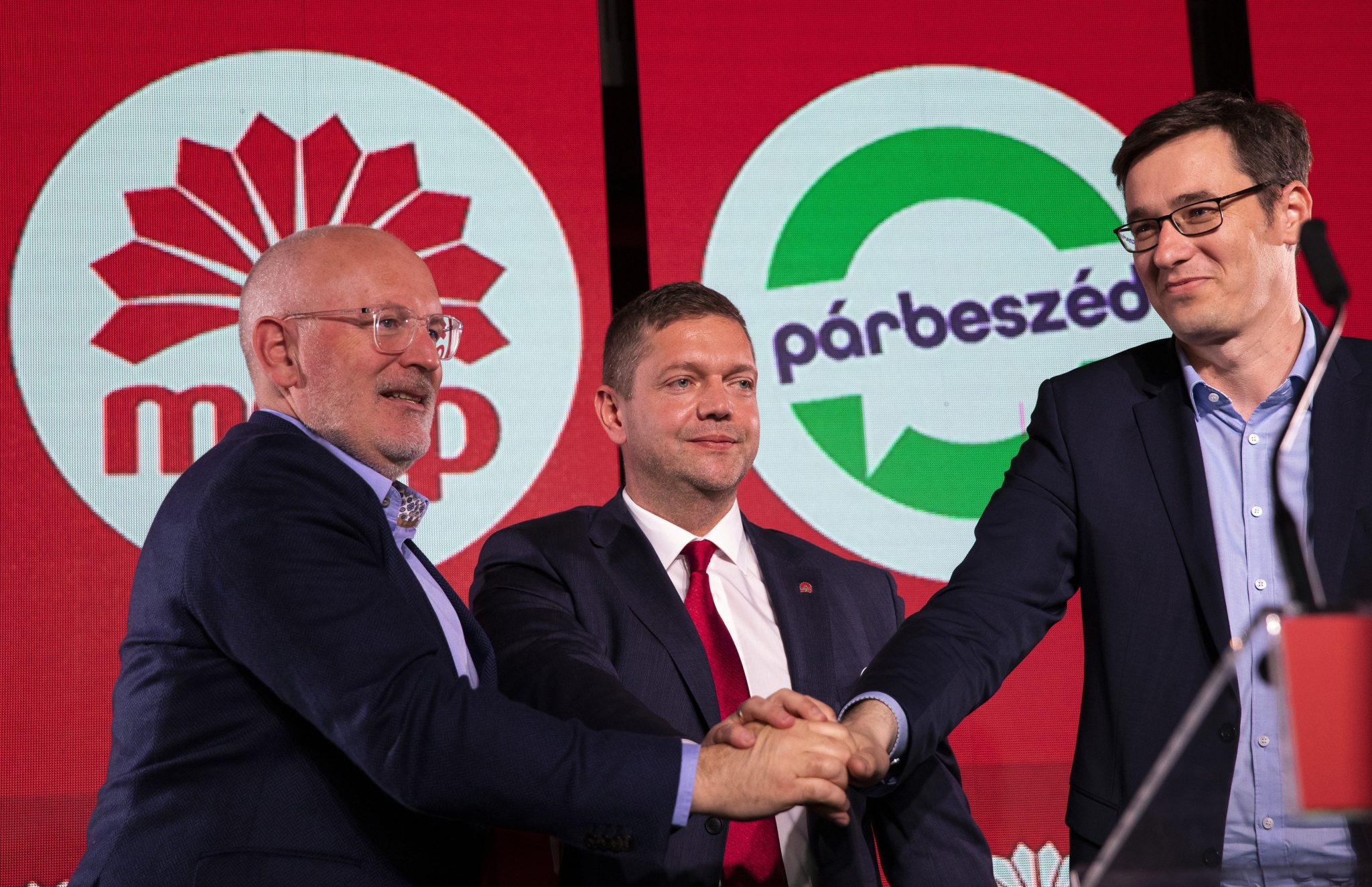 Stopping the advance of “Salvini, Orbán and their extreme right friends” is what’s at stake in the European Parliament elections for socialists and democrats, the leader of the opposition Socialists (MSZP) said on Saturday.

At a joint campaign event with Párbeszéd, Bertalan Tóth called for a social and green turnaround. Referring to the suspension of ruling Fidesz’s membership in the European People’s Party, he said the Hungarian government had struck itself from its own team’s roster and had lost its ability to effectively represent Hungarian interests. 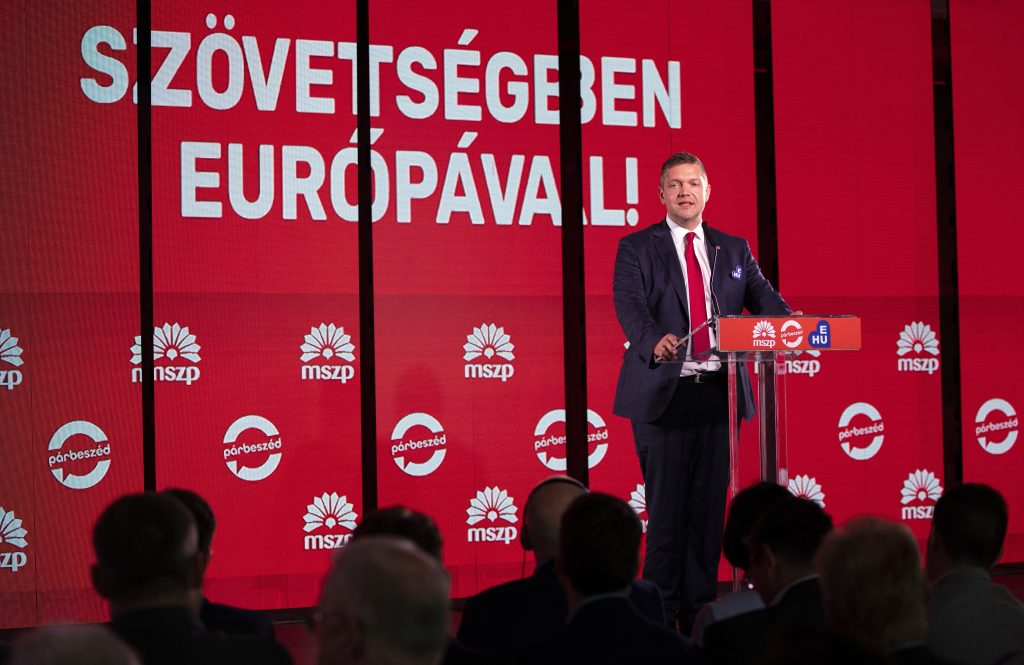 “Prime Minister Viktor Orbán has been striking alliances with anti-European extremists” which means he will not get a say in the discussion of matters such as the European Union budget, Tóth said.

He called for the introduction of a European minimum wage of the equivalent of 700 euros, a minimum pension of 300 euros, family benefits of 150 euros and student scholarships of 1,000 euros per year.

Gergely Karácsony, co-leader of Párbeszéd which has struck an election alliance with the Socialists, said that instead of people’s party leaders, Europe needed new leaders who would build a social and sustainable Europe. The European People’s Party has failed to restrain “political nobodies” as well as economic lobbies, he added.

Frans Timmermans, the European Socialists’ spitzenkandidat in the European Parliament elections, called for a strong, left-wing Europe at a Hungarian Socialist Party (MSZP) campaign rally in Budapest on Saturday. 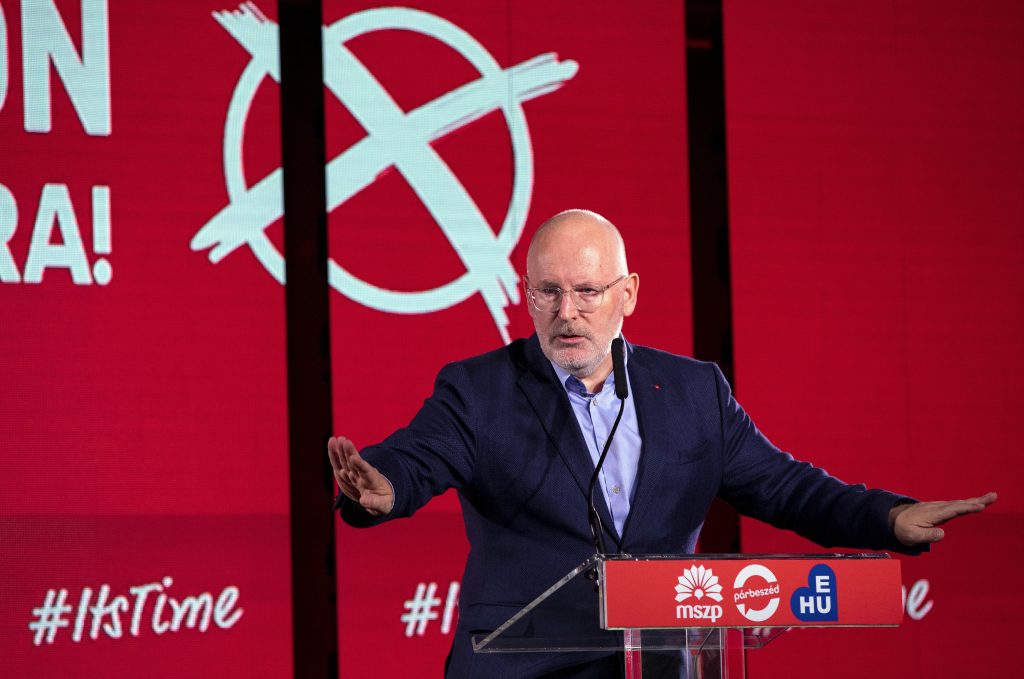 Timmermans pledged to tax businesses making million in profits, set a minimum corporate tax rate and introduce a European Union-wide minimum wage at the rally. He also called for the elimination of the gender wage gap and for stronger union rights. He added that these goals must be achieved in a sustainable manner, and that action must be taken to address the climate crisis.

Businesses that cause pollution and are responsible for carbon emissions must be taxed, and the proceeds from these taxes must be used to improve the condition of vulnerable members of society, Timmermans said.

He said plans were being drafted to tap the EU’s Structural Funds to boost the proportion of energy-saving homes.

Timmermans said Hungarian Prime Minister Viktor Orbán “and his friends Strache, Salvini and Farage are admirers of Putin, whose goal is obviously the weakening and disintegration of Europe”.