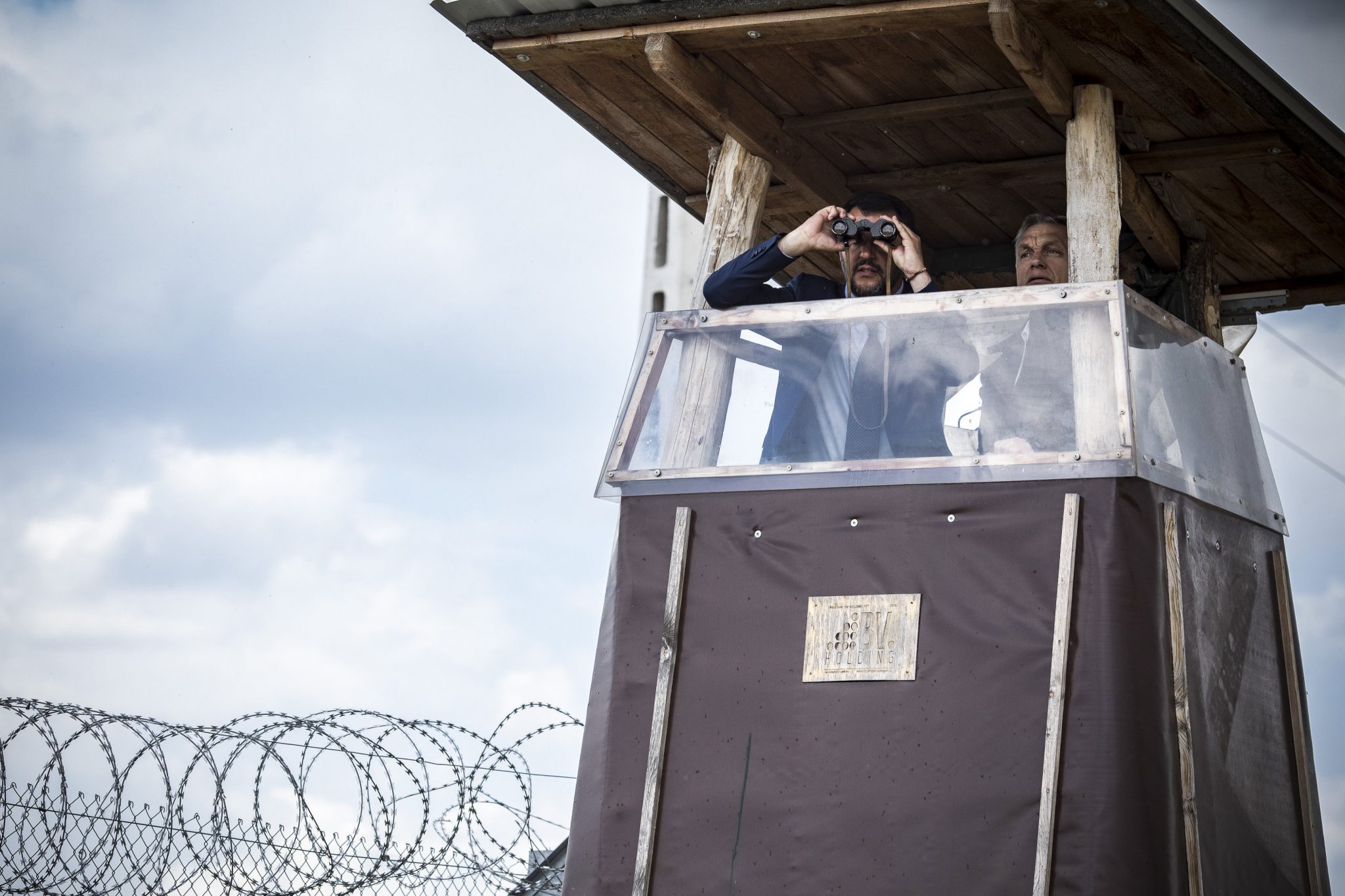 The opposition Socialist-Párbeszéd alliance has demanded that the government abandon its “foreign policy pushing Hungary in a neo-fascist direction”.

Referring to Matteo Salvini’s visit to Budapest on Thursday, Socialist (MSZP) MEP candidate Barnabás Mester told a press conference in front of Parliament that the Italian deputy PM and interior minister and Austrian Vice-Chancellor Heinz-Christian Strache, who is to visit Hungary on Monday, had “no room in Hungary or in the European community”.

He said Prime Minister Viktor Orbán had “no room in the European community, either, if he is their friend”.

Mester called on the government to drop its “far-right propaganda inciting hatred” and to show commitment to pro-European policies aimed at “edging Hungary towards the euro zone and seeking joint European solutions”.

Párbeszéd spokesman Richárd Barabás dismissed Orbán’s talks with Salvini as “nonsense”, noting that whereas Salvini supports European plans to distribute migrants among member states, Orbán is against any such scheme. The two politicians “are linked by Russian President Vladimir Putin,” he insisted. “They are advanced posts for Russia to weaken European unity.”

Answering a question about press reports that Orbán was scheduled to have talks with US President Donald Trump on May 13, Mester said that “Trump fits the pattern marked by Salvini and Strache”. He said that strengthening bilateral ties with the US was necessary, but added that “Trump’s America does not need to be considered a benchmark for Hungary”.

Answering a question about recent remarks by a Socialist MP saying that “there are too many rats in Hungary” and a Jobbik leader calling government members “crooks and swine”, Barabás said that the ruling Fidesz party was to blame for “overwrought public communications”. Fidesz “incites fear and hatred rather than making policy.” Mester added that it was a part of freedom of expression for “a public figure to call another a crook”.