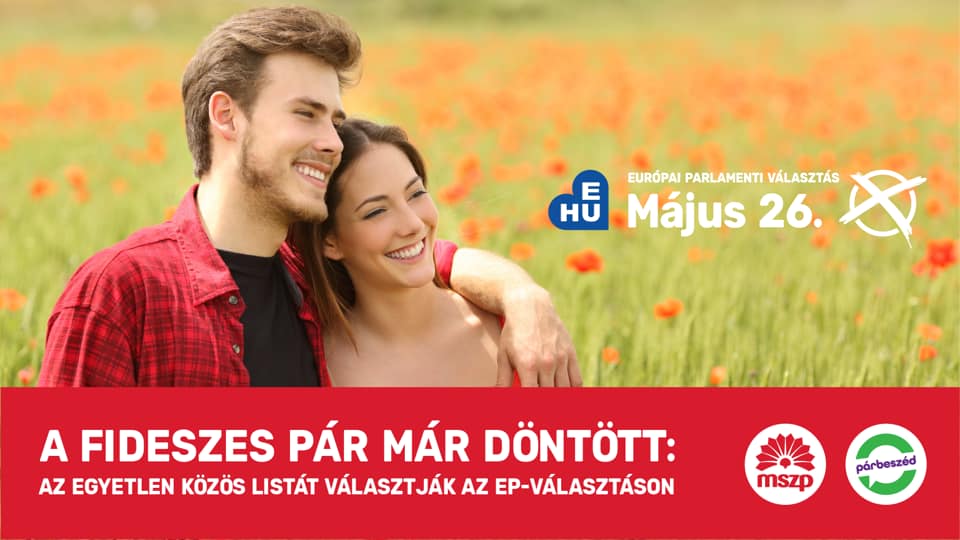 The ‘Distracted Boyfriend’ meme was first used on billboards promoting the Hungarian government’s family policy measures. Now, István Ujhelyi, a member of the EP and the Hungarian Socialist Party (MSZP), seems to be planning to showcase the famous couple on yet another billboard for the EP election.

According to Index.hu, the couple will appear on more billboards in the future. However, the decision has not been made official.

Ujhelyi shared a mock-up of the future billboard on his Facebook page.

The billboard advertises the 2019 European Parliament election and its text reads: “The Fidesz couple has made their decision; They will choose the only common list in the EP election.”

The meme couple can still be seen on Fidesz’s billboards to this day. The meme couple replaced the former controversial billboards which featured Jean-Claude Juncker and George Soros and accused Brussels of supporting immigration.

Family support is a subject meant to be taken seriously; however, looking at characters featured in a famous meme evokes a very different response. Given this, it is not surprising that this is not the first time the campaign has been made fun of. In a previous Facebook post, Ujhelyi revealed that the couple would also be used to promote internships at the European Parliament: