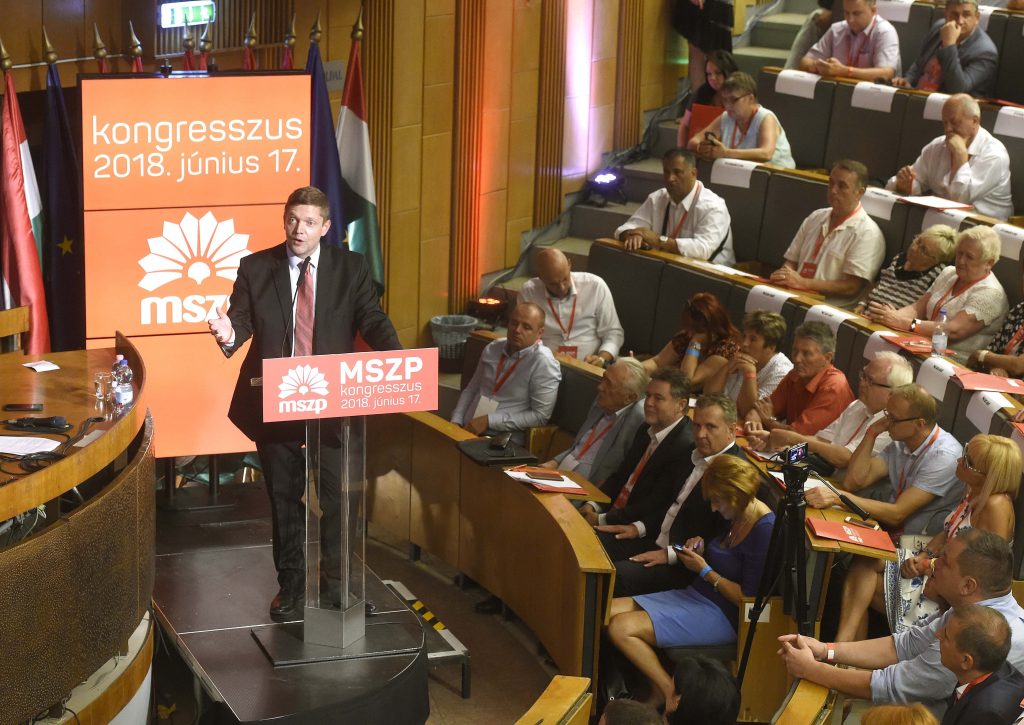 The opposition Socialist Party’s congress on Sunday elected Bertalan Tóth party chairman. Tóth garnered 54 percent of the votes, while Attila Mesterházy, the other candidate, was supported by 46 percent of the party delegates.

After his election, Tóth said that he would seek to build a “cooperative party which represents traditional leftist values relentlessly”, one which “believes in solidarity, justice, equal opportunities and national cohesion”. He added that his party should be a “real community” and “offer hope by protecting those persecuted by the establishment”. He also said that the Socialists should “implacably criticise” the government and become “the driving force” for a government change. Toth said it was inevitable that his party should “face the past”.

He argued that Hungary’s Left had been “lazy” and failed to “express and promote its own truth” while ruling Fidesz promoted a “post-fascist world view” and made it popular. He insisted that during the past 8 years of the Orbán government the gap between rich and poor was growing and while the prime minister had had an opportunity “to go to Oxford from Alcsút (his native village)”, young people in rural areas may not be in the same position.

Tóth criticised the government’s budget proposal and said that “those destroying education or health will destroy the country’s future”. The congress elected Ágnes Kunhalmi head of the party’s national board, as well as Gyula Hegyi, Imre Komjáthi, and Tibor Szanyi as deputy chairmen of the party.