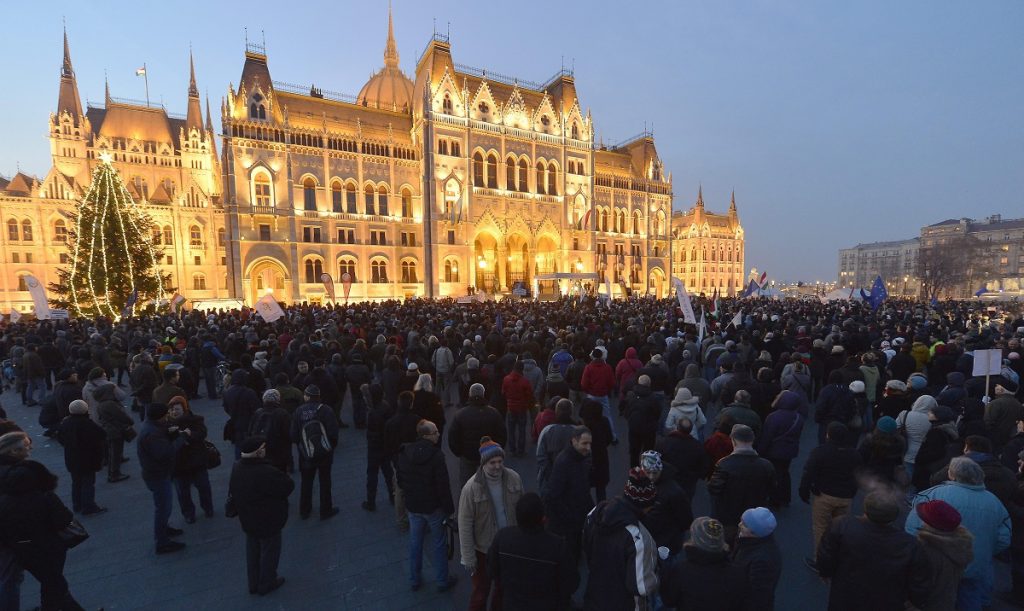 Members of civil organisations and unions participated in a demonstration in Budapest’s Kossuth Square in front of Parliament on Sunday afternoon to protest against next year’s budget, which is scheduled to be voted on this week. The protesters, organised by the “60,000 for private pensions” Facebook group, gathered in the square to hear Zoltán Vajda, the group’s lead organiser, declare that the budget was a “moment of truth” and the “budget will reveal the will of PM Viktor Orbán.”

He insisted that another million people would join the already four million poor in the country once the budget is approved. He added that regular social benefits would be scrapped and food would become more expensive with the passing of the 2015 budget. “This is not the budget of Hungary, but of a banana republic,” Vajda said.

Emilia Nagy, a school teacher and activist of the Teaching Network, said they would not allow the budget to drive the future of Hungarian society into danger. She said the government wanted to squeeze the masses out of a quality education. Nagy added that getting into a grammar school would become a privilege and only lucky students would be assured a higher education.

Meanwhile the opposition Socialists (MSZP) party leader József Tobiás said in an interview to daily Népszava, that they were seeking “cooperative partnership” with antigovernment protesters. Its main task is to represent the initiatives and criticism expressed at the protests, he said. The Socialists should step up efforts to be present in all walks of society and focus on the main challenges faced by society, József Tóbiás said, among them growing poverty which makes it difficult even for jobholders to provide for their family. It should also be discussed what Europe means for Hungary, the Socialist leader added.

Addressing the party’s conference at the weekend, he said the Socialist Party had to undergo major changes in order to become a credible force for promoting harmony between freedom and welfare, the goal set by its founders 25 years ago. In its current condition the party is unable to understand the changes under way in all fields of life. This is down to the party’s bad decisions rather than external circumstances, he said. “Our party played a role in Hungary’s transition to democracy a quarter of a century ago, and should do the same now,” he said. 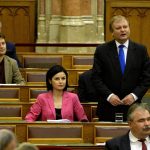 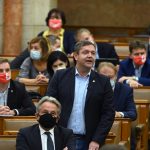 Socialists to Give Back-to-school Support to Families in Need