Socialists Call on Govt to Withdraw from EBRD Pact 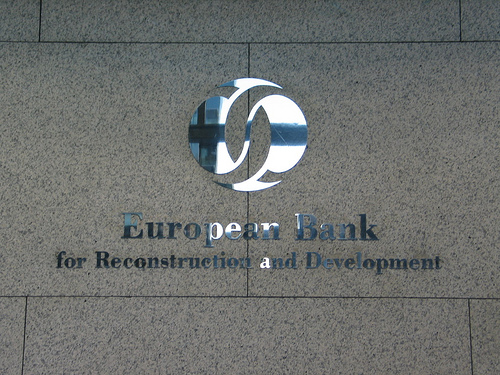 Hungary’s 2015 agreement with the European Bank of Reconstruction and Development (EBRD) on the financing of foreign currency loans has handed Hungary’s banks political influence over the government to the detriment of FX loan-holders, the deputy leader of the opposition Socialists said, demanding Hungary’s withdrawal from the pact.

László Szakács told a press conference on Wednesday that moratoriums on home evictions are not allowed under the agreement, neither are measures that may harm banks’ bottom line.

He said the interests of FX loan-holders were not served at all since Prime Minister Viktor Orbán “executes the pact to the letter”.

Szakács said the Socialists will submit a bill on scrapping the pact so that the ruling Fidesz party can vote in a way that demonstrates “the prime minister governs the country independently of the banks”.

József Szabó, leader of a civil organisation representing FX loan holders, said borrowers not once had been consulted on any decision concerning FX loans over the few past years. He expressed doubt that talks between the National Bank of Hungary and the Hungarian Banking Association on redrafting 300,000 loan contracts to allow repayment at a fixed interest rate would yield a positive solution.

Meanwhile, on the subject of the European Parliament election, Socialist leader Bertalan Tóth told MTI that the party will hold a vote on its list of candidates for the EP election at its congress on Feb. 16.

Ruling Fidesz responded that the Socialists “drove over one million families to take out FX loans … and then left them without any safety net, failing even to vote for the rescue measures [proposed by Fidesz] in parliament.” If it had been up to the Socialists, “several hundred thousand families would have been evicted by now,” Fidesz said in a statement.