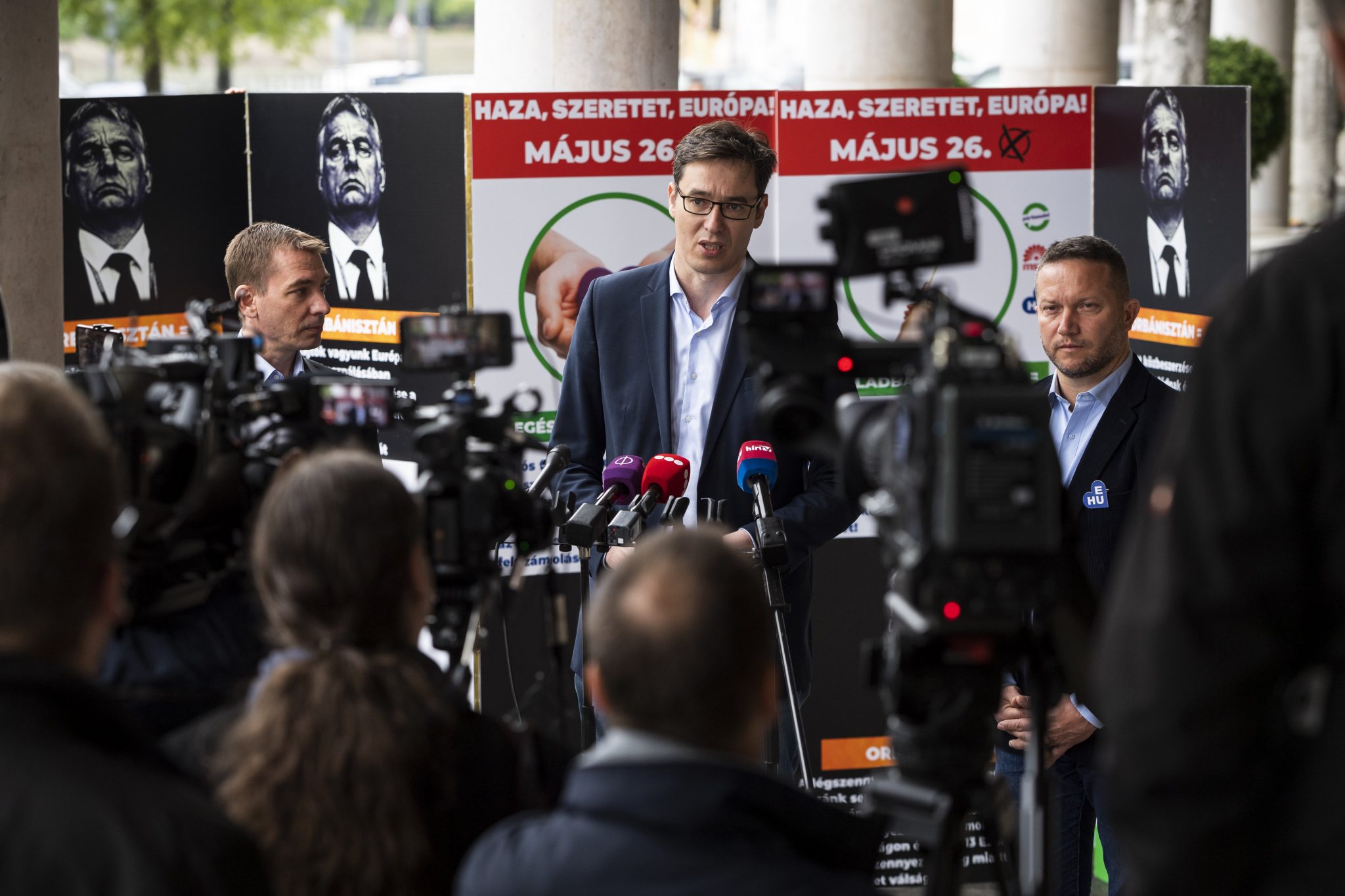 Rather than representing the interests of the industrial lobbies, the Hungarian government should take action to reduce air pollution and protect Hungarians’ health, the Socialist-Párbeszéd alliance said on Wednesday.

Párbeszéd MEP candidate Benedek Jávor told a news conference that some 400,000 people die in the EU every year from diseases connected to air pollution. In Hungary, that number is 16,000, he said. The Hungarian government “refuses” to tackle the problem, Jávor said. The EU is conducting a decade-old infringement procedure against the country because it does nothing to improve air quality, he said. In recent years, less than one percent of EU funds have been used to fight air pollution in Hungary, he said.

Jávor called on the government to adopt the EU’s recent stricter regulations regarding vehicle emissions and threshold values of pollutants.

Párbeszéd co-leader Gergely Karácsony, the joint Budapest mayoral candidate of several opposition parties, said that the Budapest authorities have done nothing to improve air quality in the city in past years. Even smog alert regulations “have been weakened”, he said.

A complex series of measures is needed to address the problem, he said, which involved increasing green areas and curbing the use of diesel cars in the capital, Karácsony, who is also the mayor of Budapest’s 14th district, said.

Socialist MEP candidate István Ujhelyi said that the Socialist-Párbeszéd MEPs will sit in the European Parliament’s Socialist and Green groups, with a good chance to staunchly represent Hungarians’ interests. Meanwhile, Prime Minister Viktor Orbán and ruling Fidesz’s MEPs “are switching to sit among Europe’s enemies, and their ability to assert their interests will navigate to nil,” he said.

Regarding reports that German car giant Mercedes is about to suspend the expansion of its facility in central Hungary, Ujhelyi said it was a “mistaken policy to build the country’s economy on the success of German car plants.”

In the featured photo (from left to right): Benedek Jávor, Gergely Karácsony and Istávn Ujhelyi. Photo by Márton Mónus/MTI